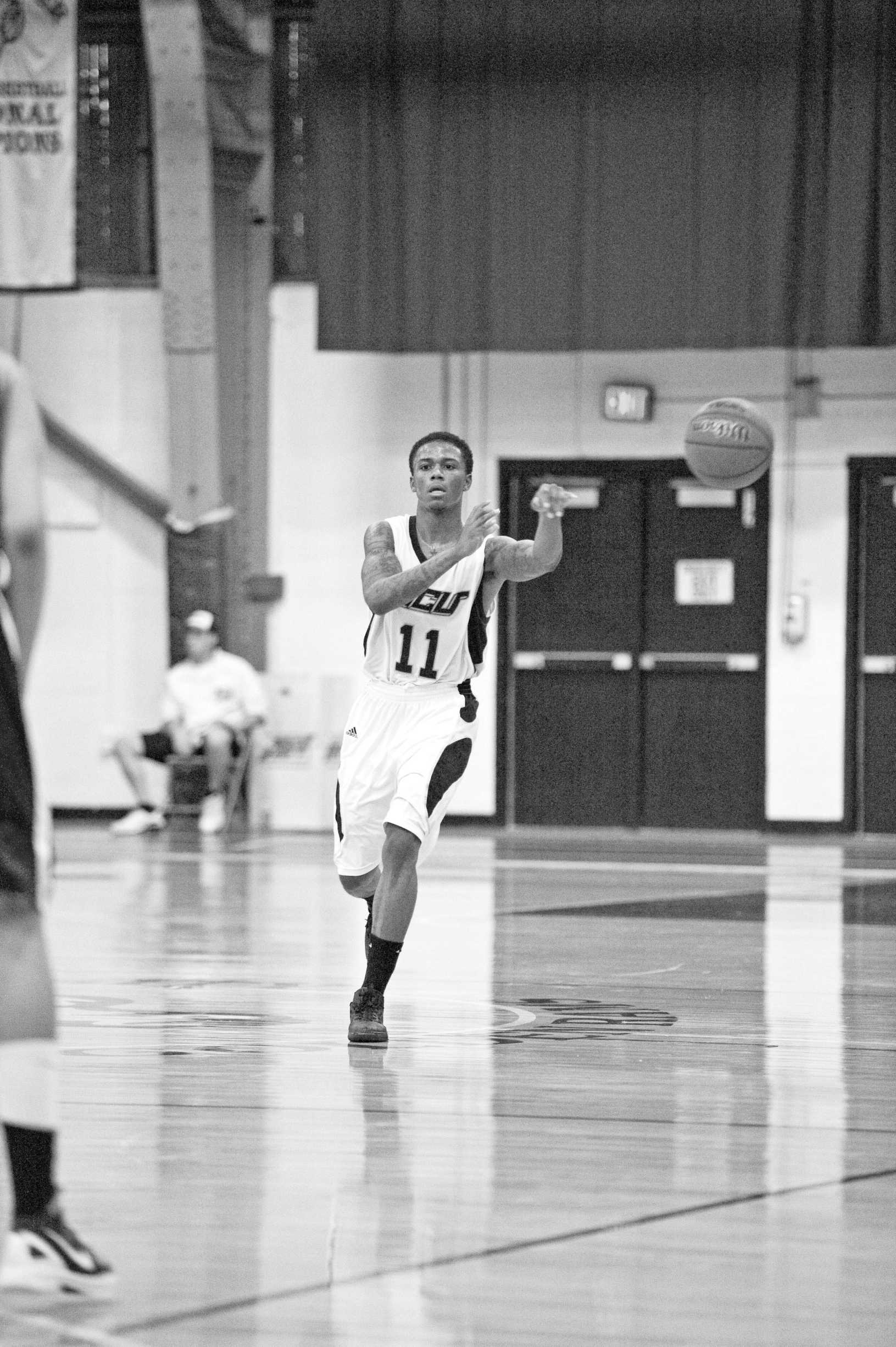 Coming into the 2011-2012 season, the West Chester University men’s basketball team wanted to make history. Step one of that process is complete as the Golden Rams will make their first appearance in the Pennsylvania State Athletic Conference postseason tournament for the first time since 2008-2009. Finishing the regular season as the No. 3 seed in the PSAC East, West Chester will face Bloomsburg University in the quarterfinals on Tuesday.

The Golden Rams (17-9, 14-8 PSAC) finished off the regular season with victories over cross-town rival Cheyney University on Wednesday and Mansfield University on Saturday. West Chester completed the season winning eight consecutive games, and 11 of their last 12 games.

“We don’t want to lose focus on what got us here,” head coach Damien Blair said. “And when you have wins on a consecutive basis like we have, you have a tendency to forget about doing the little things like defense, taking care of the ball, and running the offense. We will need to do those things if we want to make any noise in the playoffs.”

“It’s always fun to win,” senior forward Lance McDowell said. “We are having more fun and the togetherness is there now. This is how we wanted to play the entire season, but we’ve hit our stride exactly when we wanted.”

“It’s never this easy,” Blair said. “Whenever you can beat up on your rival it’s always a good thing.”

“We came out a little lackluster and sluggish, and obviously Lance didn’t play to his full ability in the first half,” Blair said.

The Golden Rams upped the ante in the second half as they shot the ball a lot better. Led by McDowell’s 23 second half points, West Chester shot 51.7 percent from the field during the half. McDowell scored the Golden Rams first 12 points of the half.

“I can’t explain it, I just came to play,” McDowell said. “I knew I didn’t play my average game in the first half and I had a sense of urgency the rest of the way.”

West Chester pushed the lead to as many as 23 points in the second half and was never challenged by Cheyney. McDowell finished with a team-high 25 points to go along with seven rebounds, two assists and a block. Carl Johnson finished with 13 points, six rebounds, two assists and a block. Jaleel Mack added 10 points, three rebounds and four assists. Harley Williamson grabbed a game-high 10 rebounds in addition to scoring six points.

“When Lance is playing well, we are tough to beat,” Blair said. “He makes a lot of plays down on the box and he can shoot it from the outside. If you concentrate on him that means Jon [Breeden], Carl [Johnson] and [Jaleel] Mack will have opportunities as well.”

On Saturday, the Golden Rams continued their winning ways, defeating the Mansfield University Mountaineers (9-17, 6-16 PSAC) 75-62 in the regular season finale. West Chester completed the season sweep of Mansfield, and has won four straight against their conference rivals.

“I thought we were up and down for 60 percent of the game,” Blair said. “I think the last four or five minutes we played the way we are capable of playing.”

The Golden Rams started strong as they led the entire first half. West Chester led by as many as 10 points in the first half, but only held a three-point lead (39-36) at the half.

In the second half, the Golden Rams held the Mountaineers scoreless for the first three minutes. West Chester then went scoreless for four minutes, allowing Mansfield back into the game. Late in the second half, the Mountaineers rallied to take a 51-49 lead. But the Golden Rams answered back immediately and ended the game on a 26-11 run to win the regular season finale.

“The kids don’t want to lose,” Blair said. “Although they are feeling good for themselves and we’re not as efficient in some areas that I would like us to be, when it comes down to it, it seems they are digging in and doing what they have to do to win.”

“[Bloomsburg] is going to want to beat us because we beat them twice,” Blair said. “The good thing is that our kids are familiar with the things that they run. We have to be expecting them to come out and play as hard as they possibly can for 40 minutes and we have to be able to match that and exceed that throughout the course of the game. Hopefully we are prepared and ready.”

LJ Harrell is the play-by-play voice of WCU men’s and women’s basketball. All of the playoff action can be heard live and exclusively on BrandywineRadio.com. He can be reached at LH639694@wcupa.edu.