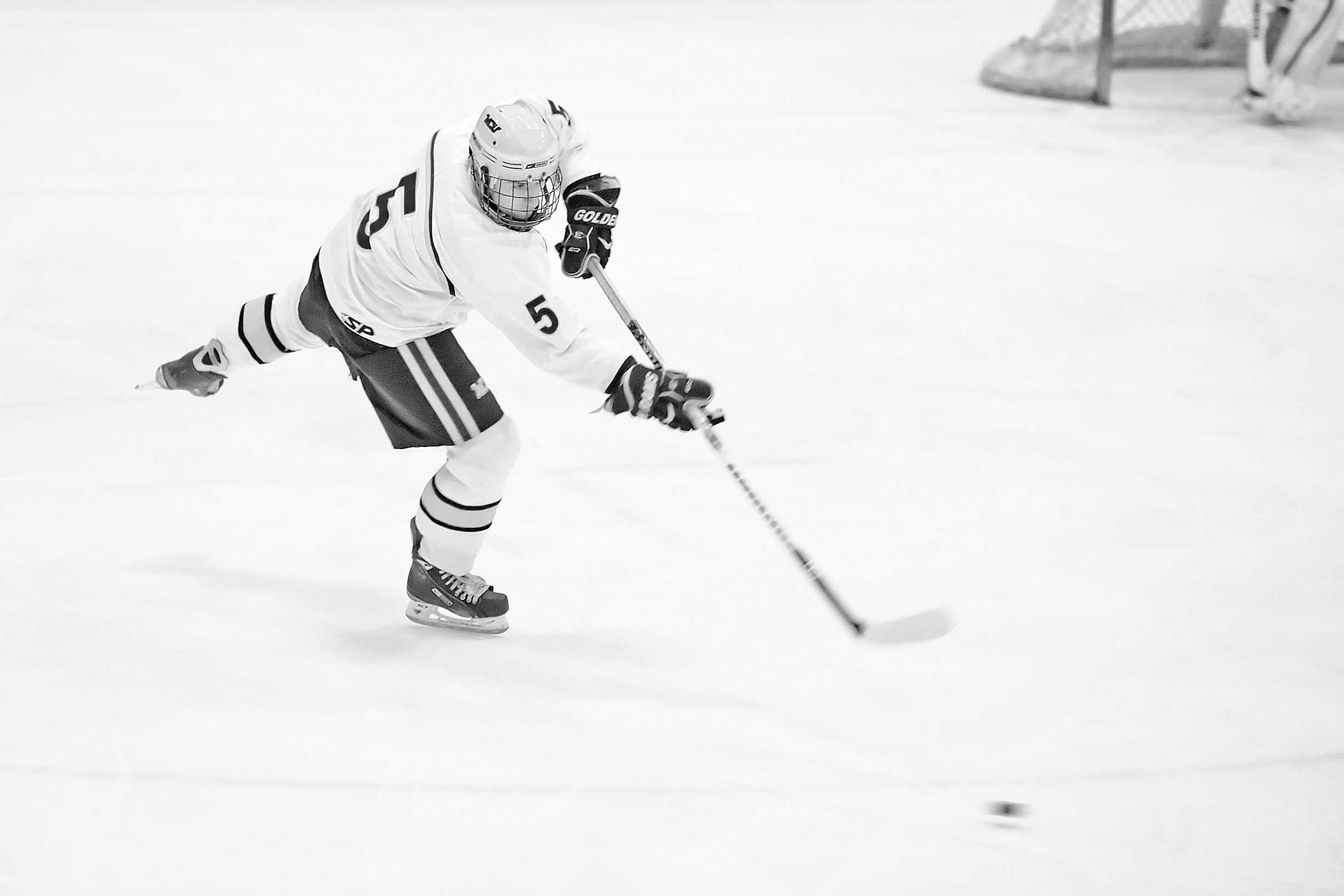 In any sport, a strong finish to the regular season is extremely important. Whether that finish prepares a team for the playoffs, gives them playoff berth, or even is just a high point in a tough season, ending strong is how every team wants to finish the year.

The West Chester men’s club hockey team may look back on their 2-4 end to the regular season and wish they had been able to somehow squeeze out a win against Delaware, who with a 7-3 win Friday and 6-2 win Saturday may have dashed the Rams’ hopes at earning a spot in the National Tournament.

Delaware took all four games they played against West Chester in the last three weeks, outscoring them 25-8 in those games.

Despite Delaware posting a 29-2-1 record on the year, West Chester had their chance to pull out a win two weeks ago at home after leading 1-0 for two periods and had another shot at a win on Friday.

Later in the period with the score tied at one, the Rams found that the stretch pass was working against the Delaware defense. First it was Steve Meade who was camped out at the Delaware blue line. Bob McInerney hit him with a pass from the defensive zone and Meade had an uncontested chance to beat Casella, which he did giving the Rams a 2-1 advantage.

Less than 30 seconds later Chris Gentile executed the exact same play, scoring his 15th goal of the season and putting West Chester up by two.

For a while the Rams held off the Delaware attack, but their defense began to falter late in the period.

With Jeff Dugan and Matt Feeney out for the game, West Chester was missing their two most imposing players. The Delaware power forwards jumped on the opportunity to basically do what they wanted physically while in the offensive zone.

Delaware scored twice in less than a minute toward the end of the first period as they took advantage on some defensive miscues to tie the game at three.

“We did not execute in our defensive zone and that led to a lot of our troubles,” head coach Shawn Dorsey said. “Delaware is a big, physical and fast team. Our objective was to try to take away the middle of the ice and force them to the outside. We didn’t do a good job of that. I thought that we were trying to chase them around our defensive zone, and that left a lot of gaps.”

West Chester hung in the game for almost half of the second period, but things went downhill when Delaware took a 4-3 lead. West Chester lost all discipline and seemingly lost all confidence that they could win the game.

“We got really down on ourselves,” Dorsey said.  “Mistakes happen and bad bounces happen but you have to have a short term memory. We took it to heart and got down on ourselves and Delaware took advantage…Our guys have to learn to bring the same intensity on a consistent basis, for 60 minutes.”

Delaware managed another goal in the second before scoring two more late in the third to go up 7-3. They held West Chester’s offense in check, and when the Rams began to show their frustration with the game, the score, and the refs, Delaware used it all to their advantage.

“Delaware knew that if they played physical and pushed around some of our top guys that they could get under their skin. And we responded in a negative way to that,” Dorsey said.

The Blue Hens went on to win Friday’s contest by a final of 7-3, and West Chester could only hope to get back at it Saturday and pull out a much needed win.

However, they were not able to get it.

West Chester did get Feeney back for the second game, but lost a top scorer in Harrison Welch after a questionable hit the night before, which injured his shoulder.

A spearing major and misconduct early in the game somehow left Delaware with a 10- minute power play, in which they scored five goals and took a 6-2 lead.

Who knows what would have happened if Delaware had never gone on the extended power play.  If West Chester had been able to hold them scoreless for those ten minutes, they could have possibly won the game 2-1.

The lone bright spot that came out of the game was the strong offensive performance of McInerney and Meade.

In what was his last regular season game as a Golden Ram, McInerney tallied his third goal in the last four games giving him seven on the season.

“Mac has a great shot from the point that leads to a lot of our goals. He has really stepped up since coming back from injuries and is a huge help on defense as well,” Feeney said.

Meade scored the other goal, his 25th of the year and he surpassed his previous season high in points by one point.

Although they both surely would have traded individual stats for a win, it is a good sign for West Chester that Meade and McInerney are on fire if they manage to earn a bid to Nationals.

At this point, it all depends on how the other teams do. The Rams can only sit and wait until Friday when the final rankings come out.

Regardless of whether they earn the bid or not, West Chester will take part in the ESCHL playoffs beginning next Friday.

Kenny Ayres is a second-year student majoring in communication studies. He can be reached at KA739433@wcupa.edu.