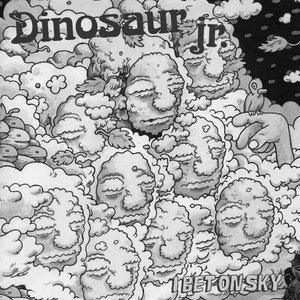 Ben Folds Five: “The Sound of the Life of the Mind.”

Ben Folds Five have not partied like it’s 1999, well…since their 1999 release of “The Unauthorized Biography of Reinhold Messner,” which marked the end of their short-lived career.  Now 13 years and three polo shirts later, the piano-rock trio is back for the release of their fourth album, “The Sound of the Life of the Mind,” which is out now on ImaVeePee Records.

During the band’s breakup, Folds kept a high-profile career, drummer Darren Jessee has been the head songwriter behind the band Hotel Lights, and bassist Robert Sledge has stayed local, giving bass lessons in the band’s hometown of Chapel Hill, N.C.

The opening track of the album, “Erase Me,” kicks off with a pounding piano and Sledge’s notorious fuzz bass tone (that we all have missed). It quickly drops off into a slow, melodic piece where Folds dips in and out of falsetto.  The track sounds like it could be a B-Side from Folds’ 2008 solo record, “Way To Normal.”

The single from the album is “Do It Anyway.” Folds delivers the lines, “Do it anyway, it’s done, you did it…Do it anyway, it sucks, but do it anyway” in a spoken-word style.  It is almost as if Folds was collaborating with William Shatner (oh wait…that already happened).  The fast-paced, minor-chord piano and steady snare drum beat resemble the instrumentation in the classic song, “The Last Polka,” from their self-titled, debut album.

A lot of fans will probably argue that “The Sound of the Life of the Mind” does not sound enough like the old records, or maybe that it is lacking some of Sledge and Jesse’s signature background vocals. However, at some point, listeners have to remember that these guys are 15 years older than they once were.

We may not be hearing about high school bullies or sexual frustration anymore, but the lyrical content stays true to the band, dealing with relationships, losses, and growing old, in the typically humorous-Ben-Folds-Five manner.

Other songs to check out include “Draw a Crowd,” “Michael Praytor, Five Years Later,” (which the old fans will appreciate) and  “Thank You For Breaking My Heart,” which brings the album to an end on a slow, peaceful note.

Although this new record may not be the pop, geek-rock album the die-hard fans were looking for, the important elements such as harmonies, bass solos, improvised jams, hints of profanity, and of course, lack of guitar, are all still present.  It adds character to the Ben Folds Five catalog, giving significance to the trio playing again after a 13-year hiatus.

Folds once categorized the trio as “Punk rock for sissies.” This album picks up right where they left off.  Be sure to catch Ben Folds Five live at the Tower Theater in Philadelphia on Sunday, Oct. 7th.

“I Bet On Sky” will mark Dinosaur Jr.’s third release since the original trio of J. Mascis, Murph, and Lou Barlow reformed in 2005.

Overall, this will be the band’s 10th studio album.  Coincidentally, Lou Barlow’s departure in 1989 was after their third album, so hopefully we won’t be seeing line-up changes anytime soon.

The great thing about Dinosaur Jr., or “Dino” as us fans like to call them, is that they made it okay for indie-rock to have guitar solos.  Before them, the genre pretty much consisted of jangle-pop riffs from Peter Buck.

“I Bet On Sky” certainly has its share of killer solos- usually more than one per song- like in the single, “Watch the Corners.” The beginning starts off with partially muted strumming, then quickly bursts into the loud, open, minor-chord Dino that we all know and love.  The ending chorus of, “Hey me, watch the corners, watch me cause I know what you done,” (or maybe it’s Amy, I don’t think we’ll ever know) leaves us singing along during an ear-bleeding solo by Mascis and a crash-cymbal massacre by Murph.  Check out the video for the song on Funnyordie.com. It features Tim Heidecker from Adult Swim’s “Tim and Eric Awesome Show, Great Job!”

Barlow takes the role of head songwriter on the tracks “Rude” and “Recognition,” which both have the vocal melodies and instrumentals to be Sebadoh songs.  He is not to blame, because how often does Barlow get to put his work on a Dino record?

“Pierce The Morning Rain” is a fast, punchy, punk jam that sounds like Mascis singing over a Henry Rollins-era Black Flag riff.  We usually do not see too many Dino songs shorter than three minutes, but when we do, we know Barlow will be quickly strumming bar chords on his bass, with Murph beating the life out of his hi-hat and snare drum.

“I Bet On Sky,” out now via Jagjaguwar, is another great album to add to the books for Dinosaur Jr.  The record is a steady transition from  the 2009, critically acclaimed “Farm.”  Between touring, songwriting, and side projects, it is amazing how the original trio is able to keep releasing quality records that never seem to disappoint.  They have stayed true to their sound through these 27 years, keeping their indie roots alive.

Do not miss Dinosaur Jr. live at Union Transfer on Saturday, Oct. 27. These guys are truly legends in the game today.  However, remember one small thing…earplugs.

Drew Drevyanko is a third-year student majoring in communication studies. He can be reached at AD739888@wcupa.edu.