WCU Sports Round Up 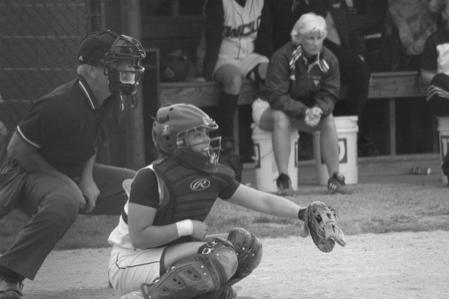 The West Chester women’s rugby team traveled to Gainesville, FL for the second consecutive year to compete in the USA Rugby Division I Collegiate National Championships. Eight of the final 16 teams traveled to the University of Florida, while the other eight traveled to Penn State University. The final four teams will head to Stanford University to compete in the final round next weekend. Unfortunately, the No. 16 Golden Rams fell to No. 1 Stanford University, 50-11. The top-seeded Stanford unleashed a 38-point second half on the Golden Rams and never looked back.

The loss puts the Golden Rams in the consolation round against Princeton University on Sunday. This will be the third meeting the Rams and the Tigers will have this year, with the first being in the regular season and the victory going to West Chester, and the second contest in the Eastern Pennsylvania Rugby Union championship game with the Tigers taking home the prize. Unfortunately, the results of this game were not available at press time.

The Golden Rams will finish their season at home this Saturday against East Stroudsburg.

The women’s lacrosse team set a school record as they slaughtered IUP with a 27-7 win.

Mandy Masoner and Jackie Baker each also contributed three hat-tricks, giving the Golden Rams five players with three plus points in one game.

Senior Katelyn Martin also had her hand in improving the scoreboard, tallying four points, including two goals and two assists, to bring her career total to 324. She is now only two points away from tying the second all-time NCAA Division II career points record set by Katie Lambert of Stonehill.

The Golden Rams defeated first-place Shippensburg University Friday afternoon on South Campus, 6-2. This win ended a 13-game home losing streak against the Red Raiders starting in 1999. The game also gave the Golden Rams their first victory against the Ship since April 14, 2003.

The Golden Rams fell to the Red Raiders in the opening game, but came back to tally the victory in the second, recording a split for the afternoon. In the second game victory, the Golden Rams had to rally back from a 1-0 deficit in the top of the third. The West Chester came back in the sixth with a burst of energy pulling out four runs to bring the game home.

In the opening game, the Shippensburg was only able to get off four hits, but managed to score three runs for a 3-0 victory. The Golden Rams had more his with a total of five, but were unable to tally a run.

The Golden Rams are seeded last in the PSAC East. They are now 20-22 overall and 3-15 in the division. The 20 wins reaches a mark the Golden Rams have only been able to reach five times in school history. The last time the Golden Rams saw 20 wins was in 20003 when they recorded 23 wins.

The Golden Rams will face Kutztown University Tuesday afternoon at 2:30 p.m. at home.