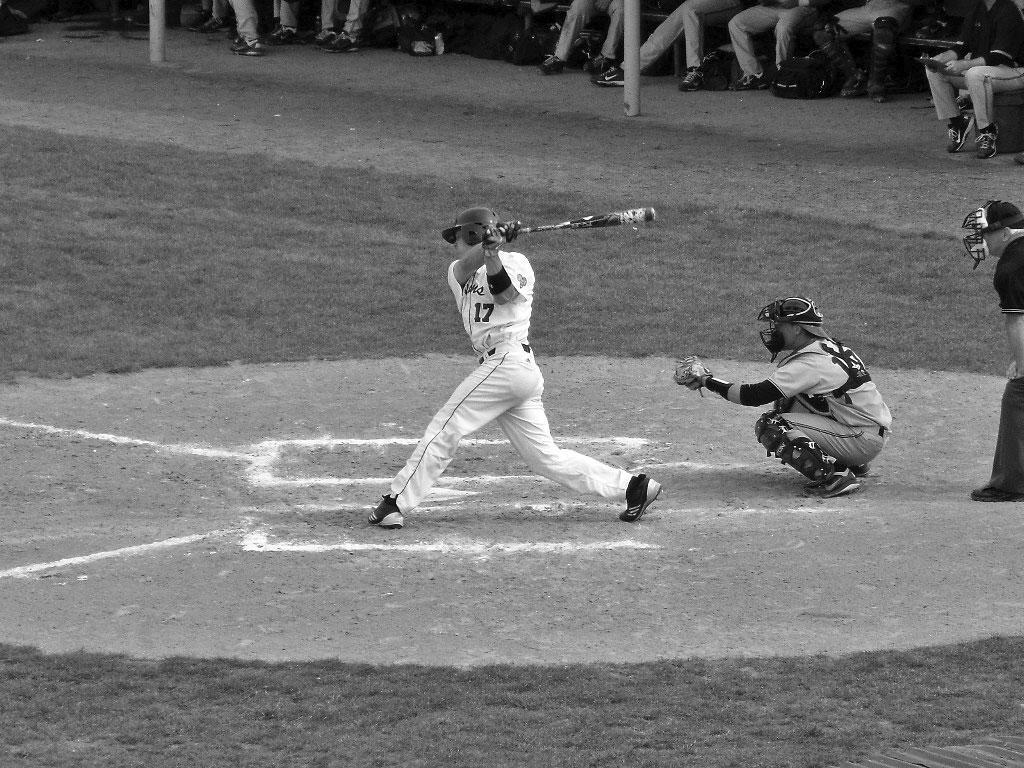 One season removed from their national title, West Chester University baseball has not started the 2013 season the way it had imagined.

The Golden Rams dropped the first two games of a three-game set with Lander University on Friday and Saturday by scores of 14-1 and 7-4.

Junior ace Joe Gunkel was ousted from the game after only four innings, having given up six runs on six hits while walking three and hitting three batters.

The tall righthander allowed a leadoff home run to infielder Graham Ramos, and things went downhill from there. Gunkel was lacking his usual command and strikeout-quality pitches, as he suffered through four innings and left the game with West Chester trailing 6-1.

Lander’s starter Dylan Wolchik, on the other hand, pitched masterfully. He yielded just three hits to the Rams offense, with the only extra base hit being a solo home run to right from Jordan Wlodarczyk in the fourth the only run they would score in the game.

West Chester did not have a baserunner until the third, and did not have a runner in scoring position for the remainder of the game after Wlodarczyk’s home run.

“Their pitcher did a good job of mixing [pitches] and keeping us off balance,” head coach Jad Prachniak said. “We did have some good at bats but we weren’t consistent enough to put together many scoring opportunities.”

West Chester was not able to stop the bleeding, as the bullpen let in another eight runs, running up the Athletics tally to 14.

Brent Roehrich allowed two runs in an inning of work, and sophomore Ryan Swearingen was hit hard for six earned runs in just two innings pitched. Ron Scull was the only West Chester pitcher to not allow a run, as he pitched a scoreless eighth.

Dylan Zigman and Mike Raimo had a single apiece, and Wlodarczyk was 1-for-4 with a homer.

For Lander, Ramos had three hits in three trips to the plate, including a home run and double, and also scored three runs, knocked in two and walked. Outfielder Patrick Grady was 2-for-3 with a homer and three RBI, while Erik Lunde collected two hits, walked twice, and scored four runs.

Saturday’s game was a considerably better effort from the Rams, as they jumped on top quickly when a balk drove home a run in the top of the first.

Fred Breidenbach was stellar through the first three frames, allowing just one hit to the potent offense that racked up a football-type score one day prior. He ran into trouble after that, however.

Lander scored six runs total in the fourth and fifth thanks to two run-scoring hits and a few well-placed ground-outs with runners on third.

Breidenbach was pulled after five complete, and was responsible for six runs on eight hits and two walks. He was on the hook for the loss.

Gereg McCuch let in a run in relief but struck out three, and closer Kyle Weary was perfect in his inning on the hill.

Lefty Chess Malone got the win for the Athletics. He gave up the four runs on 11 hits in seven innings of work. Kyle Tate pitched the final two frames, earning the save for Lander as they improve to 4-1, while West Chester sits at 0-2.

However, despite the loss in the second game, West Chester’s offense did come to life after an anemic performance on Friday.

“The loss was a tough one, but we need time to adjust to outside baseball,” first baseman Chris Pula said. “The team was good, but we did not play to what we are capable of. We saw improvement today, though. I feel in all aspects we improved and it is only going to progress with more reps and games under our belt. I feel like we just need to keep working the way we are and stay confident.”

Coach Prachniak felt similarly, and was happy at the improvement between Friday and Saturday despite it not showing up in the win column.

“I felt like we played better in all facets of the game,” Prachniak said. “We still had some miscues and made some errors but collectively we were much better.  We were more aggressive on offense, made some good plays defensively, and guys did a better job of throwing strikes and challenging hitters.”

West Chester will try to avoid the three-game sweep at the hands of Lander on Sunday, before returning home from South Carolina to play a twin bill at home against the College of Saint Rose on Feb. 23. The games are at noon and 2:30 p.m., respectively.

“Although we have struggled early, I have seen plenty of things to be encouraged about,” Prachniak said. “I know this group will stick together and we will start to play more consistent baseball.”