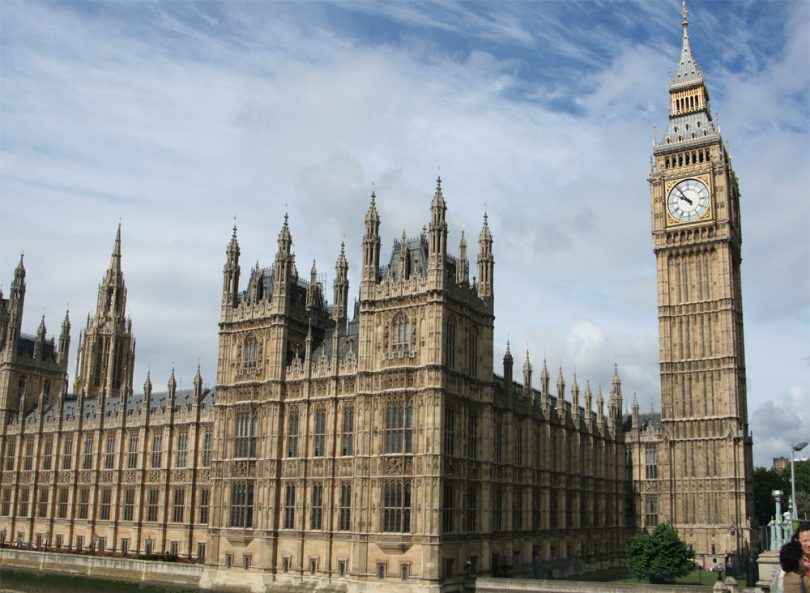 On Sept. 12, 2019, UK Parliament published a damning report that delved deep into the issues of video games. Parliament discussed relevant topics such as gaming addiction, micro transactions and most importantly for this article — loot boxes.

Far from the statement given by the UK government prior to the release of this report, their stance is clear. Paragraph 73 of the report begins by going into great detail about the research that they have done with a survey conducted by the UK Gambling Commission, which reported that “31 % of 11-16 year olds have paid money or used in-game items to open loot boxes.” It goes on to explain the main reason why game companies clamor to insert loot boxes into their recent games by using a quote from Ben Lewis-Evans, a user experience researcher at Epic Games (the publisher of the lucrative “Fortnite”) when he explained why loot boxes were an extremely lucrative opportunity for game companies. “They are quite often the ratios used in gambling,” he stated.

Mentioning games such as “FIFA,” “Fortnite” and “CSGO,” the report continues to lambast the creators of these games for making them so easily accessible to kids. It criticizes the European video game age ratings board, PEGI, for not being proactive about loot boxes. They stated, “The UK Government advises PEGI to apply the existing ‘gambling’ content labelling and corresponding age limits, to games containing loot boxes that can be purchased for real-world money and do not reveal their contents before purchase.” This comes almost directly after PEGI defended the “E for everyone” rating that was given to 2K20, when gambling mechanics such as slot machines and loot boxes were tastelessly shown as a prevalent fixture in their basketball game.

… the UK is no longer the idle witness of the loot box, but a potentially powerful ally against what many have deemed for years to be a harmful practice for children and adults alike.

It continues to make connections between loot boxes and problem-gambling by talking to researchers such as Dr. Aaron Drummond and Dr. James Sauer, who have done studies about this very topic: “Random delivery of loot box rewards is akin to conventional gambling products and designed to exploit potent psychological mechanisms associated with the development and maintenance of gambling-like behaviors.” Another set of researchers, Dr. David Zendle and Dr. Paul Cairns, have confirmed through their own studies that “there is a link between the amount that gamers spend on loot boxes and their score on the Problem Gambling Severity Index (PGSI).”

While the report has some concrete criticisms about video game gambling and how it is regulated, how much of it will translate into legitimate legislation? After all, their previous response to the controversial nature of loot boxes was simply that there was already enough when they said, “The Gambling Commission released a position paper in March 2017 detailing existing protections in place for in-game gambling, virtual currencies and loot boxes.”

The report makes clear the new position of parliament on the issue of loot boxes. On paragraph 87, it reiterates the previous position held by the Gambling Commission. However, the report continues by saying, “this is arguably out-of-step with the digital economies in the games industry.” Going off of that point, bringing in another researcher of this topic, the report cites Dr. Mark Griffiths, who said that “The Gambling Commission’s position appears to be a case of the law struggling to keep pace with technology.” Understanding that their own gambling commission needs to keep up with technology, UK Parliament has made it evident that they will improve their definitions of gambling to better fit products such as loot boxes in games.

There is one last blow to video game companies for me to discuss. For quite a while, video game companies have used the previous position of UK Parliament as a shield when they argue with other countries, such as Belgium, when it comes to loot boxes. They may need to stray away from that defense — because in the report, UK Parliament makes it clear that they look to other countries, such as Belgium, for legislative frameworks for forms of video game monetization such as loot boxes. UK Parliament seems to respond extremely well to how Belgium’s ban on loot boxes went. They explain that “any games company using loot boxes would need to obtain an operating license, which are accompanied by a range of regulations around transparency, duty of care and age restrictions.” However, according to their analysis on the reaction from video game companies to Belgium’s ban, they believe that, “in reality, it would withdraw all the mechanics. It presumably would not want to be subject to all the rules and regulations.”

With UK Parliament’s shift in their mentality around loot boxes, it leaves video game companies to fight alone with few legal grounds to stand on. While no drastic measures have been made against loot boxes in the UK yet, this report makes it clear that the UK is no longer the idle witness of the loot box, but a potentially powerful ally against what many have deemed for years to be a harmful practice for children and adults alike.