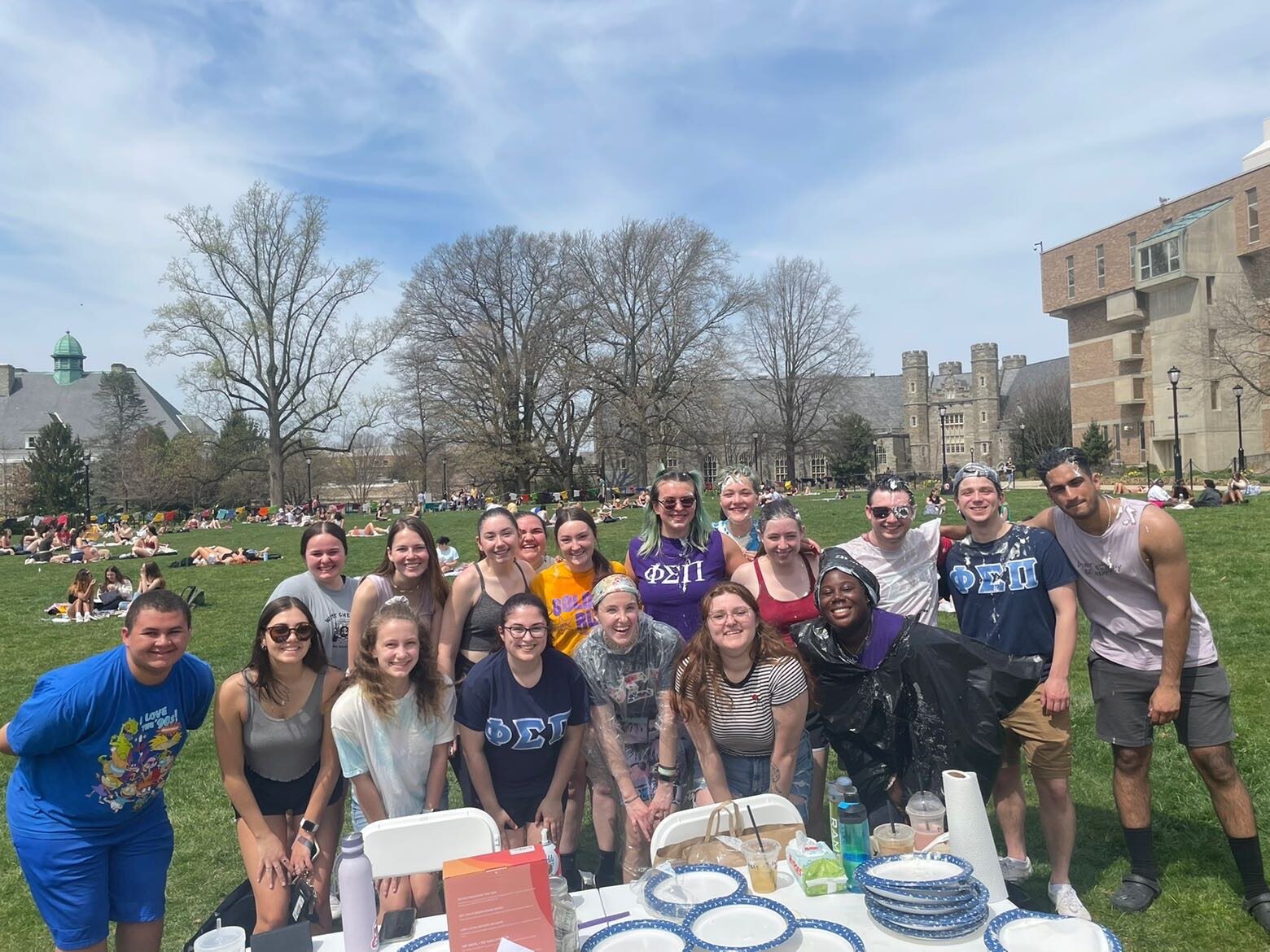 On July 17, 2009, 21-year-old Casey Feldman was walking across a crosswalk when she was killed in broad daylight by a distracted driver. The driver was reaching down to look at his GPS when he failed to stop at a stop sign.

Although Feldman was not a West Chester University student, many friends of hers attended the university, making this horrific event close to home. Amber Staska, Feldman’s best friend and member of WCU’s Phi Sigma Pi (PSP), was the first to come up with the idea of raising money and informing people of the danger of distracted driving through PSP. In 2010, the honors fraternity campaigned for a week in front of Sykes Student Union for pedestrians to use the sidewalks as well as to make sure drivers were paying attention in this traffic jam area.

Plus, as a way to raise awareness of this tragic event, Joel Feldman and Dianne Anderson, the parents of Casey, created the Casey Feldman Foundation to ensure that this incident never occurs again. Due to the parents’ collaboration with the honors fraternity, they are also now honorary members of the chapter.

“As someone who has had the privilege to meet Casey’s parents, I cannot say enough about how kind they are and how dedicated they are to ending distracted driving and supporting the causes their daughter believed in,” said Kathryn Dick, the initiate advisor of PSP. “They do an amazing job of carrying on her legacy and promoting such an important initiative of ending distracted driving.”

There are three main areas of the foundation. Firstly, it is to end distracted driving altogether. With this, Feldman’s parents attend local high schools and universities and speak about the dangers of distracted driving. Although PSP does not speak at other schools, the honors fraternity at West Chester University does support the parents by raising money for their programs.

The second program is giving scholarships to journalism students. This was created due to Feldman wanting to be a journalist herself, specifically, a newscaster. Feldman was also an award-winning journalist.

Lastly, the final program is towards animal welfare. Casey was very passionate towards animals so this caused the parents to donate to a lot of animal shelters and adoption centers. They also donate money to spay and neutering animals in order to control overpopulation of animals. In order to achieve these goals, they have partnered with local shelters/kennels.

Both Feldman’s parents travel to places like Philadelphia and the surrounding areas of Pennsylvania. They also speak at schools in Delaware and New Jersey and a few other states.

Each spring semester, PSP supports the foundation by dedicating time to fundraise for the parents. There is also one week, known as Hype Week, where the honors fraternity runs different events that raise money including ground fundraising and entry fundraising. For instance, they had a movie night, but people needed to pay a fee to enter, which is run by their Philanthropy Chair. Although mostly people who are a part of PSP attend, everyone is welcome to donate and take part in the events.

Most semesters PSP has made at least $330, but there have been a few semesters where they have raised over $1,000.

In fact, Pie-A-Bro, an event hosted each spring semester, is their biggest source of funding, making at least $200-$300 in only one day.

Dick also added how “distracted driving is a huge issue in the way that you have someone’s life in your hands. Whether you’re on your phone or in the middle of eating, you should be aware of your surroundings. Keep a lookout for our Hype Week in the spring to support this cause.”