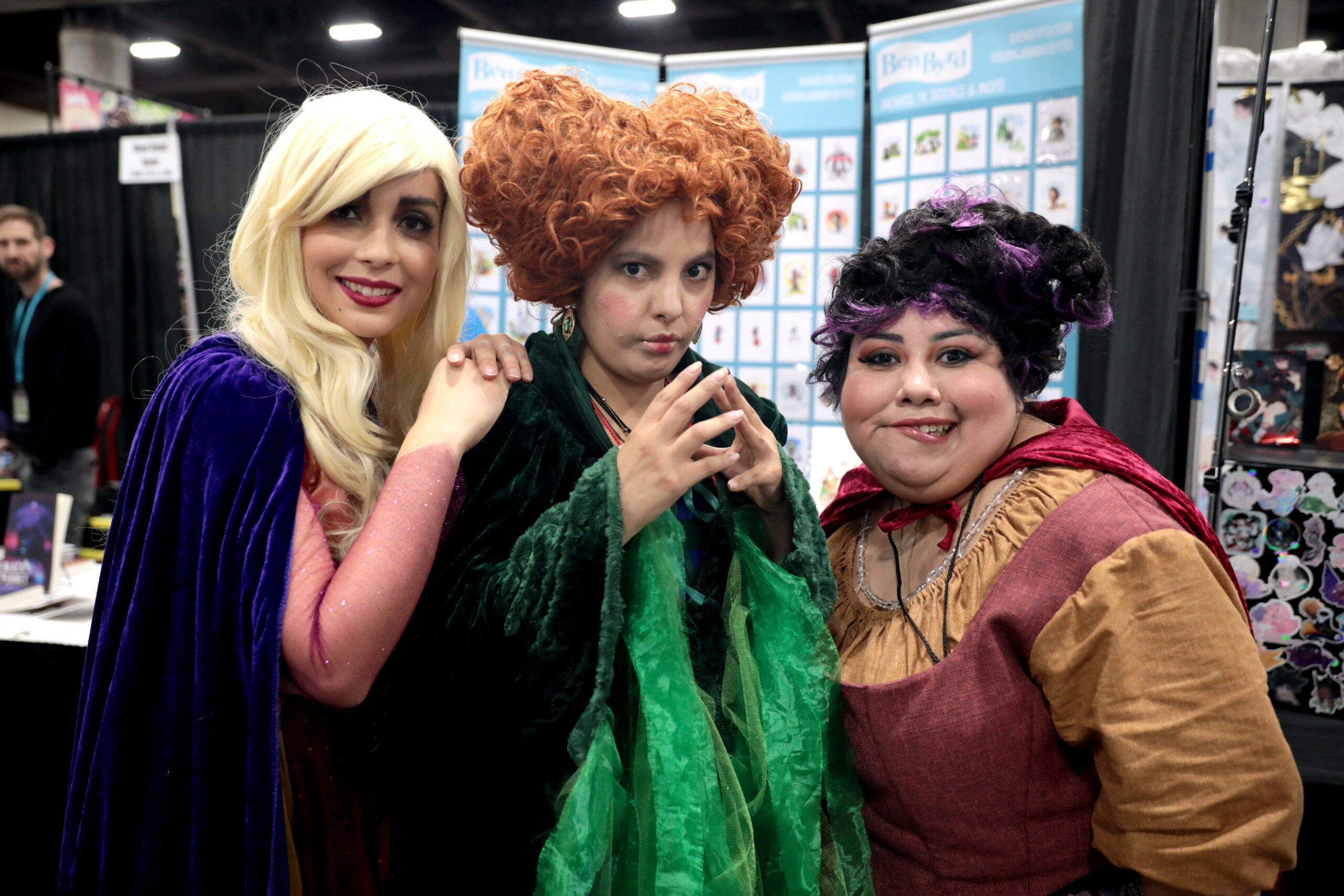 After 30 years, The Sanderson Sisters are back on Disney+ for the long awaited sequel: “Hocus Pocus 2,” which takes place in a new era, the 21st century. There are some new witches in town, or should I say in the coven. This sequel follows the same campy style as the original that was filmed 1993. From the Sanderson Sisters trying to steal children’s souls to the iconic black cat we see in their home. This movie is full of nostalgia for anyone who grew up watching the classic as a kid.

We are finally getting a backstory of Winifred, Sarah and Mary. The actress playing young Winifred is so spot on with her mannerisms that you would think it was Bette Midler if you weren’t looking close enough. Winnie stomps through the town, angry, and is approached by the reverend. He is claiming that, since their parents are dead, Winnie must marry. Of course she refuses and runs away. They run away to the woods and are met by an elder witch who gifts them with their spellbook and has them promise to never use the most powerful spell in the book, the Magic Maximus spell.

Fast forward centuries later and we are shown the perspective of Becca. Becca and her friends love all things witchy from crystals to meeting up on Halloween night to practice spells with each other. But right now only two of the three girls are speaking, Becca and Izzy. Cassie is always hanging out with her new boyfriend while the other girls are hanging out in a metaphysical shop with Gilbert, the clerk. Later, the girls find out that Cassie is throwing a Halloween party while her father, the mayor and everyone in town is at the Halloween festival. Gilbert gives Becca and Izzy a candle for Becca’s birthday, a crooked blue candle that looks pretty homemade.

Becca and Izzy were known to go into the woods and practice spells together, with it being Halloween night it was no different. Under the bright moonlight Becca lit the candle that Gilbert gave her and BOOM, the Sanderson Sisters returned! The girls have to convince the sisters that they are actually 40 and that they can look younger with something other than children’s souls without a potion or spell. Moisturizer. Obviously this is not true. The girls escape and the Sanderson sisters go on the hunt for their book.

Gilbert had set Becca and Izzy up to light the candle and bring the Sanderson Sisters back from the dead. The sisters make Gilbert gather all of the ingredients to the potion for them to take children’s souls while they sniff out the reverend (the now mayor). Of course they bring back classic Billy Butcherson, who helps Gilbert find secret ingredients to try and stop the Sanderson sisters for good!

The sisters arrive at the fair and during a hilarious costume contest, spoiler: they didn’t win, and perform yet another iconic musical number putting all of the festival goers into a spell to try and find the mayor. This sets out a hunt for Becca and Izzy to find the mayor and keep him safe before the sisters find him.

Once they arrive home the sisters capture Cassie since she is technically a descendent of the reverend since she is the mayor’s daughter and they take her to the woods. The Sanderson sisters begin the spell. As Becca and Izzy sneak through the woods, Becca discovers under the moonlight her hands glowing soon to realize that she is a witch! On her 16th birthday under the moonlight in the sacred woods she must try to stop the sisters from taking over Salem.

Of course, it was too late, the Sanderson Sisters had completed the Magic Maximus spell. But instead, they should have read the warning before because the spell would take what is most important to them, each other. As Sarah and Mary begin to disappear Winifred begs Becca to bring her sisters back for she is nothing without her sisters. As Becca is doing the spell Winifred begins to fade away, not realizing that she is going to them and her sisters aren’t coming back. The Sanderson sisters are gone for good and Becca, the new witch in town, is left with taking care of Winifred’s spellbook.