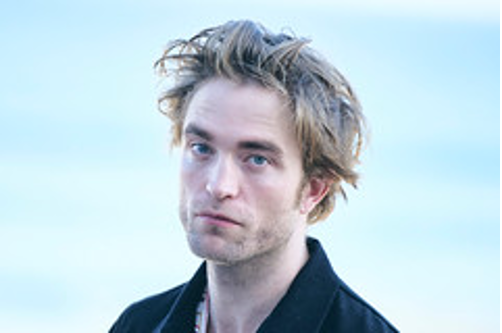 Ladies and Gentlemen, I never thought this day would come: “The Batman” is finally here. The anticipation that I had for this movie was like nothing I had ever experienced before. And if you love everything Batman, like me, a million questions are likely going through your head right now. The first and most obvious question you are probably dying to know is, “Does the Batsuit have nipples again?” Here I am to be the bearer of bad news, because the Batsuit does not have nipples this time around. I know, I know, I’m not too happy about it either, but that does not make this a bad Batman movie by any standard. In fact, I know what everyone is most likely wondering. Every time a new Batman movie comes out, one question pops into our brains. “Is it as good as ‘The Dark Knight?’” Ladies and Gentlemen, after seeing “The Batman” for the first time this past Tuesday night, I can honestly say, yes, I think so.

The director of “The Batman,” Matt Reeves, has truly made the most Batman-like Batman movie to date. Does that make sense? It probably doesn’t right now, but once you finally see the movie for yourself, you will understand what I may be failing to articulate. From the surprisingly authentic feel of Gotham to the suspenseful score, it feels like the Batman movie we’ve always wanted. In this nearly three-hour rendition of the new caped-crusader movie, Reeves delivers perhaps the most realistic and engaging Batman film to date. And at no point during the three hours was I bored; in fact, quite the contrary. I truly would’ve been okay if this movie was four hours long. “The Batman” is intense, shockingly eerie and absolutely beautiful all at the same time. The movie, which is similar in style to “Se7en” and “The Joker,” could be classified as a psychological thriller in some respects due to the sheer intensity and gravity of many situations.

This is Batman’s second year being the “hero” of Gotham and people still aren’t too sure if they can trust him. He has somewhat of a notorious reputation being a brooding (very brooding) vigilante in the shadows; however, he forms a rapport with Lieutenant Gordon when it comes to solving The Riddler’s puzzling crimes. Batman finally embodies the world-class detective status that matches his more typical representation in the comics, not that of the previous movies. The whole time Batman is trying to save Gotham from this deranged riddle-driven serial killer, but he is also trying to figure out why The Riddler is writing to him at each crime. It’s clear that Batman feels responsible for Gotham’s crimes and it weighs harshly on his already-heavy shoulders. Throughout the movie, you can tell that Batman/Bruce Wayne is still very affected by what happened in the past. He fights with aggression, and he’s an enigma in every interaction he has. Brooding, to say the least. This Batman was inspired a bit after Kurt Cobain according to Matt Reeves, and you can see how. There is just so much emotion hidden behind his eyes, like with the late singer of Nirvana. This Batman has unresolved pain and we see it in more ways than one.

So, the movie itself is good, but what about the portrayal of The Bat? Of course, everyone has their doubts when a pretty boy turns into a serious actor, especially when it comes to the Batman franchise in the past, like with Heath Ledger. And to repeat history, I can truthfully say that the pretty boy more than delivered. After watching this movie only one time, I can confidently say that Robert Pattinson is the best Batman we’ve ever had. Everything from the tone of his voice to the way that he walks and the way that he talks: it’s all Batman. Pattinson’s acting has been highly acclaimed as of late, and in this film, he is at his peak. He will have you nearly in tears then make you feel chills within a few moments. Robert Pattinson is on board for two more movies, and I cannot be more ecstatic.

So, was “The Batman” better than “The Dark Knight?” If we are talking purely about a Batman movie, hell yes it is! “Blasphemous,” you may say, perhaps scandalous — too bad, because it’s the truth! “The Dark Knight” was more of the Joker’s movie in many ways, but this time, “The Batman” is exactly what its title promises. The very second “The Batman” ended I turned to my friends and said, “I think that was better than the Dark Knight.” “Nobody actually asked you anything,” they responded. After some tears and pats on the shoulder, they consoled me by agreeing with what I said. And saying “The Batman” was better than Christopher Nolan’s “The Dark Knight” is very high praise, since the latter often frequents top 10 movie lists. We superhero nerds don’t take kindly to new superhero movies. We often compare the past to the new, oftentimes with the new representations of our heroes falling short. Despite my initial reaction, I will have to watch “The Batman” at least one more time to call it the better movie altogether. We’ve all seen “The Dark Knight” what, 100 times? Let “The Dark Knight” have one more week at the top, just for old time’s sake.