Rammy’s Birthday: A Celebration of WCU 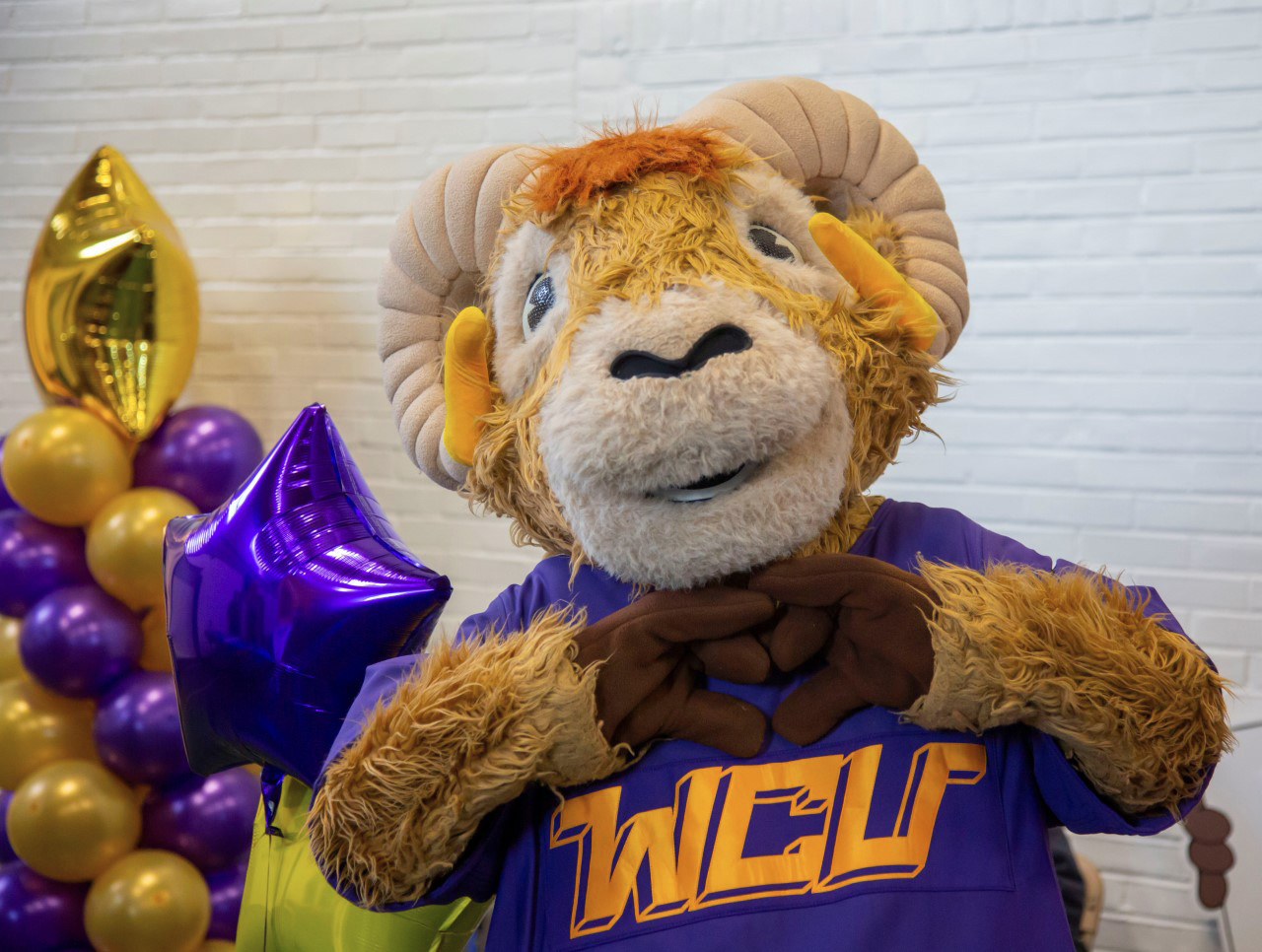 We all know about our beloved mascot Rammy, but how often do we get to celebrate him? Thanks to Rammy and other staff, we finally made this happen. On Saturday, Feb. 26 2022, the West Chester community came together to celebrate Rammy’s birthday together! The event took place in Ehinger Gym from 2–4 p.m. and many were in attendance. There were especially many alumni and children there. Rams up!

In addition to having lots of people there, Rammy’s birthday also had lots of other mascots including mascots from the Philadelphia Eagles, Temple University, Downingtown East and West High Schools, University of Delaware and several more. The mascots even made a surprise appearance on the basketball court during half-time. All the mascots, including Rammy, sat at a long table throughout Rammy’s party and signed autographs. The kids especially loved the mascots and lined up to take pictures with them (of course, there was the occasional child who was scared of mascots, but most of them were not). At the end, there was a mascot dance off. I wonder who won.

The arts were in no short supply at Rammy’s birthday. There was face painting, which many children took part in. Some even had a picture of Rammy painted on their smiling faces, which Rammy loved. I saw lots of animals and even a Spider-Man painting. There was also someone drawing caricatures, which drew a long line. And we can’t forget about the inflatable bounce houses! There was one with a giant slide, and there was also a bounce house shaped like a birthday cake that kids could jump in. It even had candles! Many children enjoyed getting their energy out on these inflatables.

While the event was going on, there were also two basketball games happening, both women’s and men’s basketball teams played against East Stroudsburg. Both were very close games; congratulations to the women’s team for winning their game! Great job to both teams. The game also had appearances by the pep band, dance team and cheerleaders. It was the alumni game and the seniors were recognized at the beginning of the game. Many walked out with a parent, friend or family member on their arm. Congrats to all of the seniors graduating this year — we wish you the best!

Overall, it was a great day. There was lots to do, see and lots of fun to be had. To the kids that came — I hope you had fun and made lots of memories. It was great to see so many community members supporting our school! I also got the chance to speak with Rammy himself.

Rammy would like to say, “Thank you for coming! This was the most people and mascot friends we’ve ever had.” Where will Rammy be next? Be sure to follow Rammy on Instagram (@wcurammy) so you can see what he is up to! Maybe you’ll even see him around campus or at the next school event. Happy birthday Rammy — thanks for inviting us to your party!