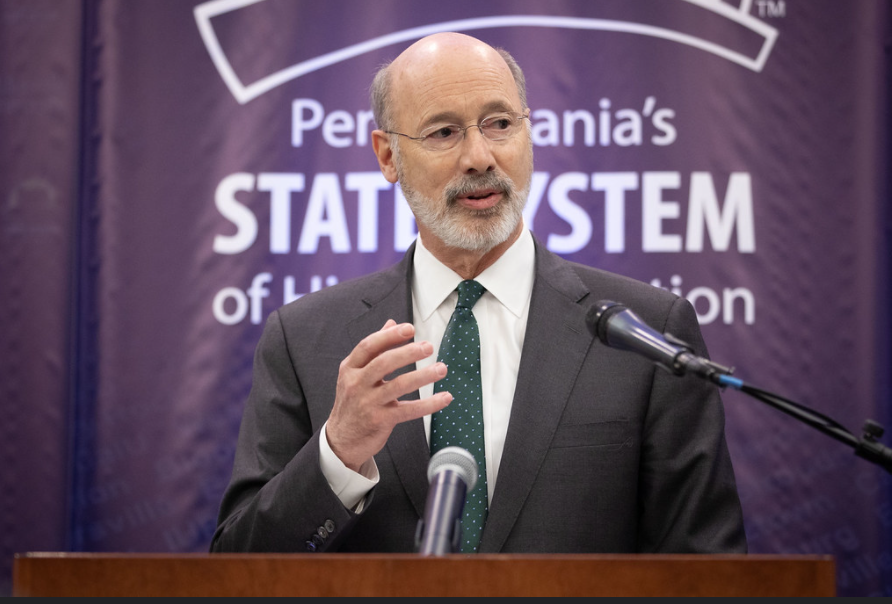 Every year, the governor of Pennsylvania, Tom Wolf, proposes a budget for the state of PA that includes funding for the PA State System of Higher Education (PASSHE), which West Chester University is a part of. Many states are seeing a rise in budgets for higher education as a result of federal coronavirus aid but PA is seeing one of the biggest increases in the country — proposing an almost 16% increase of $75 million according to Higher Ed Dive.

In a joint hearing last Wednesday, before the state House Appropriations and Education committees, Chancellor Greenstein said that tuition would stay frozen (i.e.not increase) for the fourth consecutive year if the budget goes through.

During the hearing he stated, “right now, the lowest cost option to a post-secondary credential is a Pennsylvania State System university, and it’s still traveling in the $23,000–$24,000 a year range net price of attendance…Tuition is the greatest single obstacle to enrollment.”

According to Penn Live, “the in-state two-semester undergraduate tuition rate at a state university now stands at $7,716. With fees and room-and-board the annual cost is around $23,000.”

He stated in a recent panel that even though the amount being proposed is large, it was not enough to lower tuition, but would add $30 million to student financial aid, helping some students lower their tuition costs. Although the Chancellor’s decision to freeze tuition is being praised, the decision to integrate six of the state system universities into two is still facing criticism.

The president of the Association of Pennsylvania State Colleges and University Faculties (APSCUF) Jamie Martin approved of Wolf’s budget, saying, “The increased appropriations funding, scholarships and other student-centered initiatives move the state system back toward its original mission of providing a high-quality education at the lowest possible cost to the students.” However, APSCUF largely opposes the currently ongoing process of integration.

Because of record low student enrollment and a lack of funding in the PASSHE system,

California, Clarion and Edinboro Universities are being combined into one university that is now officially named Pennsylvania Western University (PennWest). Bloomsburg, Lock Haven and Mansfield are also combining.

The Chancellor continues to advocate for this decision with claims that integration will provide more resources for students by combining programs. However, during the hearing, legislatures complained that even with integration, programs are being cut. Greenstein responded that without integration, even more programs would be cut. He used Clarion as an example, saying that standing on its own, the university would have to drop 60 of its 110 programs. With integration, the university will only drop 10. Even though the integration may cause less program cuts, faculty is still upset at the removal of physics, philosophy and music at some integrated universities.

According to CalTimes, a new program array for PennWest has already been spread out and will be in effect starting July 2022. The university is required to provide extra courses for students to graduate on time, even if their program is being cut from the university. Some students may have to request individualized instruction, but professors are only allowed to take on a few students at a time.

Getting a degree from PennWest is now a largely hybrid or online experience as all three universities will have “multimodal” classes for students to complete their degrees. In a multimodal class, students who live on that university campus are expected to attend the class in-person while students living on another campus tune in from their computers. For example, California University could offer a class where students living on the California campus attend in-person and students living on Clarion’s campus attend the same class as it is streaming on Zoom. Students can choose to take in-person, online or multimodal classes, but some of each will most likely be required for certain degrees.

The Chancellor requested accreditation for the new universities and plans to get a response back from the Middle States Commission on Higher Education by the end of March or early April. The approval of the universities continuing to run their own athletic programs despite being integrated will reportedly come after the accreditation decision.