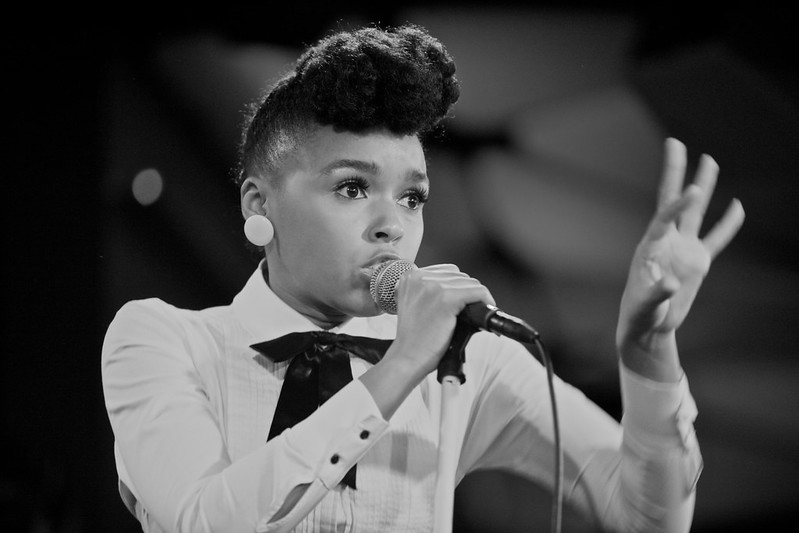 Janelle Monae stars as Veronica Henley, an unapologetic and successful Black writer who has finished promoting her new book. “Antebellum” is produced by the well-known director Jordan Peele, who is able to beautifully translate Black oppression through thriller movies such as “US” and “GET OUT.” Before even watching the movie, I reviewed the title, “Antebellum,” which means “before the war”; Civil War being the most common association. This movie is a psychological thriller rated R for disturbing violence so if you are queasy, I would warn you to watch cautiously.

The movie begins with a quote across the screen, “The past is never dead. It’s not even past,” by William Faulkner which insinuates the message of what it feels like being a Black person from present America and how racism has not been erased. It leads into an overview of a plantation with soldiers running over to a slave about to be killed, he is fighting for his life while his wife cries for him on the ground. She runs to escape, but is caught by a lasso thrown by a soldier and dragged down.

Later on, Veronica is waiting for Senator Blake Denton, the founder of this plantation and leader. He repeatedly asks her to say her name out loud, he begins beating her because she refuses to say her name. After multiple bruises and cuts, he pulls her up and grabs a hot stick from the fire and begins to burn her until she finally says the name “Eden,” the slave name she was given when arriving at the plantation. Denton, along with all of the other white people on the plantation, refuse to call any of the Black people by their birth name. Once they arrive they are given an “acceptable” name to disconnect everyone from their previous life. They are doing this to get into their heads and convince them that they are not the successful African Americans that they were before. This is their attempt at taking away their identity and psychologically getting into their head to make them feel like the slave they are treating them as.

Six weeks later, new slaves arrive at the plantation; introducing Julia, a fellow slave who discovers she is pregnant after a few weeks on the site. One of the leaders instructs Eden to take the slaves to where they will be staying. As they are walking past, they notice Eli burning pounds of cotton and continuing to toss more into the fire. Seeing this image can help the viewers understand that they may not be in the era that is being portrayed on screen. Why else would they be burning cotton? It is not needed nor essential for them to be doing. Throughout the movie, many of the characters refer to a plan to get out, but they must wait until the right moment to make a move and stay quiet until then.

Veronica wakes up frantically next to her husband and daughter, realizing that everything she experienced was a dream, or was it? Instead of being Eden, the slave, she is now Veronica, the infamous writer in the middle of a book tour. Later that day she leaves for another promotion for her book. While at her hotel, Veronica receives mysterious flowers from a strange man who knocked on her door. As she goes downstairs she even experiences slight microaggressions from the receptionist when trying to do something as simple as make a reservation. When Veronica is enjoying dinner with her two friends later that night she begins to notice the strange occurrences going on since she arrived. Once she leaves the restaurant, she hops into her Uber. While in the car she receives a call from her actual Uber driver, revealing she is in the wrong car. As she looks up, she is knocked out and wakes up in the plantation.

That night, Veronica and Eli decided that it was the night to expose the terrible place they were kept. After fighting Denton for his phone, Veronica is finally able to get a hold of a phone and contacts her husband. While on the phone with him explaining that she is okay, she sends him to a mysterious location and urges him to get there as fast as he can and to send the cops. She drags Denton into the cabin, Denton groans and looks over at Veronica and says, “this doesn’t end here, we’re nowhere…and everywhere.” He’s insinuating that no matter where a Black person may be, there will always be someone like Denton around. While running away, one of the captors asks why she is out of her cabin and she urges them to follow her to the shed, where Denton is injured. Veronica is able to successfully lure the leftover captors into the shed and begins to light it on fire. Veronica lifts the torch high in the air and symbolizes Lady Liberty to explain that there must be a new beginning, a fresh start from all of the hatred that has been spread.

Antebellum left me in the mood of “WTF did I just watch” when I had first watched it, but as I rewatched, I began to see the hidden easter eggs throughout the movie. Like many of Peele‘s movies, this movie ends with you wanting more. As a Black woman, this movie helps me recognize the subtle hints that the past still lives within some people in America today: The random people staring as she moved around the hotels, taking away their identity with their names, the instinct knowing if the captors ever explained the situation that no one would believe Veronica, down to the subtle jealousy that the captor’s wife had on Veronica. So many small details of this movie are still happening in today’s society.