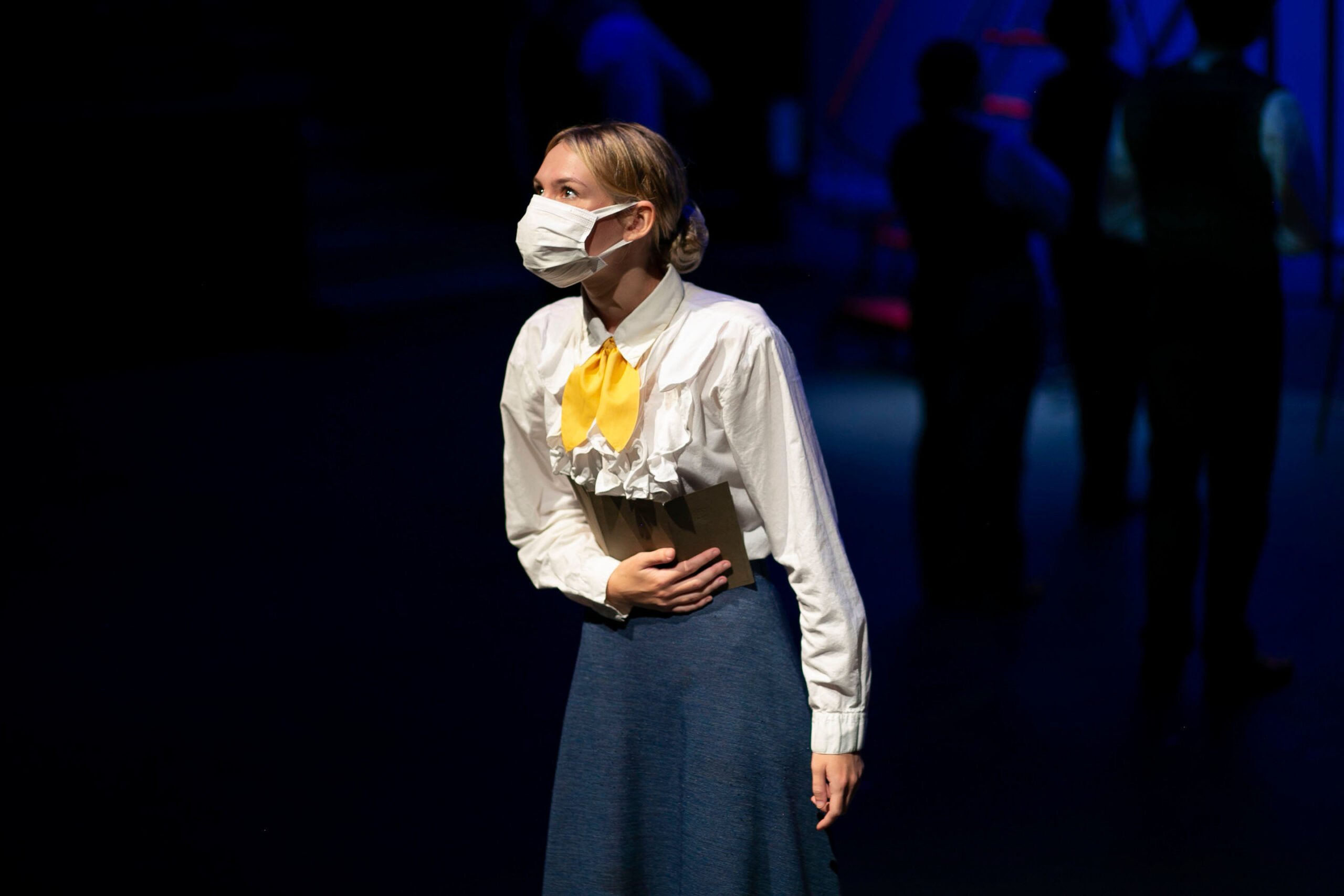 The West Chester Department of Theatre and Dance performed “The Triangle Factory Fire Project” this past weekend. Atypical in subject matter, the play focuses on a real historical tragedy of a factory fire that took place in New York City in 1911, which killed 146 workers in a matter of minutes, and the ensuing fallout. In recounting the tragedy, the play takes this somber material and recontextualizes within our current time. The result gives the tragedy a sense of meaning to a senseless event.

The play’s structure is split into two distinct acts, with the actors playing multiple roles throughout. The first starts with the performers shouting a flurry of newspaper headlines and advertisements from 1909. They start out general before narrowing down to the Triangle Factory strike and, ultimately, the fire itself. The recreation of the factory fire serves as a centerpiece of the film, and for good reason. In a sort of choreographed chaos, the actors scatter around the stage in constant movement, taking turns unleashing visceral accounts of the workers trapped in the factory. It’s intentionally disorienting and the actors pull it off impressively with so many moving parts.

When recounting some of the more grisly details, the play thankfully opts to incorporate a less literal portrayal. Performers swirl around to emulate flames, and toss fabric in the air for the workers that chose to jump from the factory windows. Real historical accounts of the scenes are read, creating a mixture of the real and surreal. These are performed as almost an interpretive dance, and while the subject is sobering, the actors’ performance is both haunting and beautiful.

Where the first act is both confrontational and emotional, the second act is more grounded in format. Taking the form of a courtroom drama, the second act covers the trial of the two factory owners charged with manslaughter for their role in the workers’ deaths. This is where the play shows more of its hand as not a recreation of a horrible tragedy, but begins to explore how it relates to today’s world.

Scene after scene, the audience slowly watches as the defense lawyer intimidates witnesses and twists evidence, ultimately leading to the owners escaping justice. However, not content to restrain this to the time period, the play ends with the actors once again shouting a barrage of headlines after the trial that serve as a reaction to the injustice, such as improved worker conditions and women gaining the right to vote. THowever, the end is not purely a message of hope though, as sprinkled within these headlines, one actor is advertising the next big product, implying that in a way, this story will happen again and is still happening.

Overall, “The Triangle Shirt Factory Project” works thoughtfully to not portray a tragic event voyeuristically. It also serves as more than a memorial, with a critique of the exploitation of workers, women and immigrants, and makes no mistake to say that this behavior still takes place today. This results in a powerful play that shines a light on an undertold tragedy, and helps give us a reason to remember it.