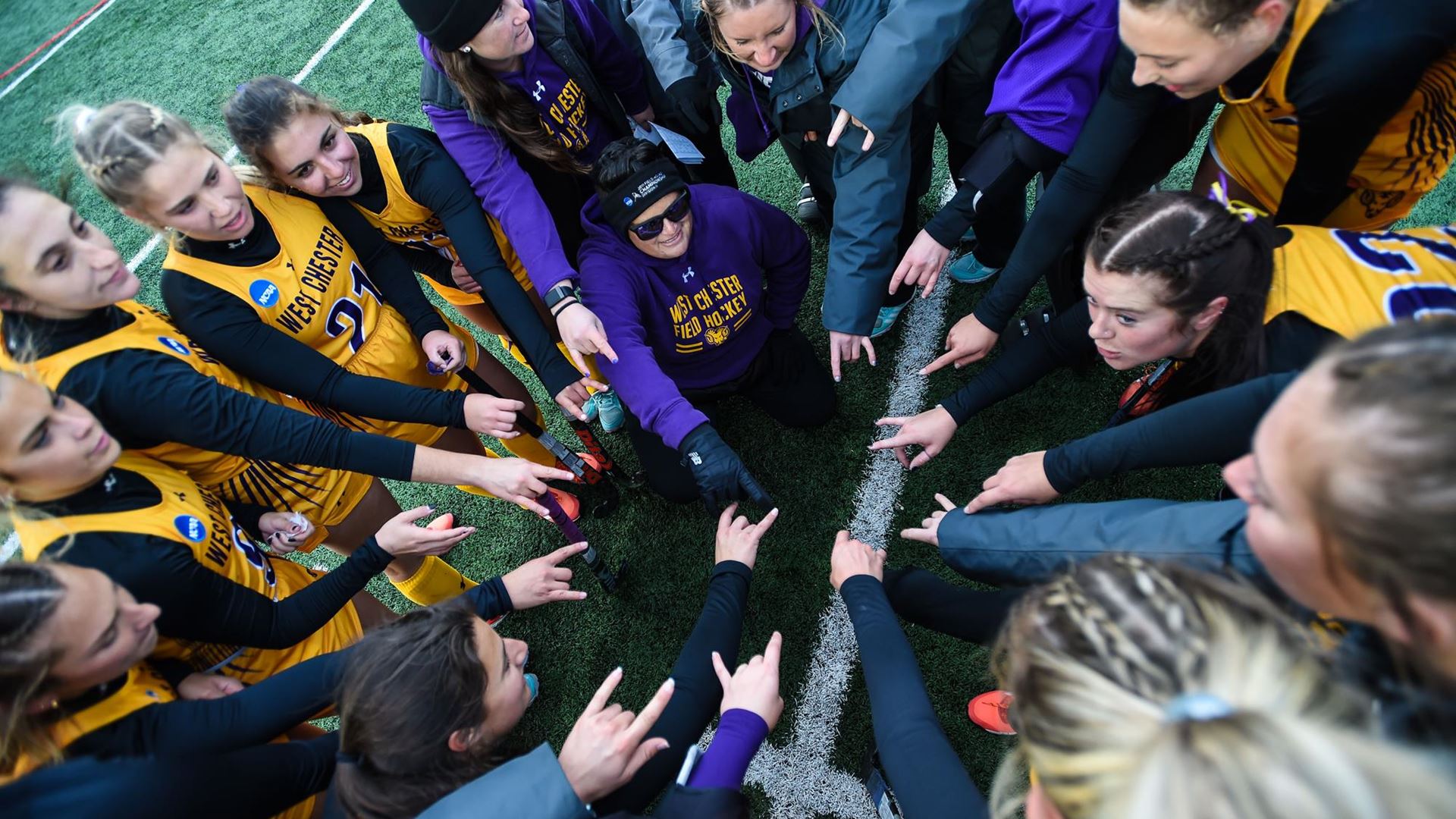 The WCU Women’s Field Hockey Team is set to defend their championship title on 11/21. Photo courtesy of wcupagoldenrams.com

The West Chester University women’s field hockey team advanced to the 2021 Division II National Championship with a decisive 3-0 victory over Assumption College. The team will now look to win their second straight national championship and fourth overall since 2011. They will take on Shippensburg University, the number one seed in this year’s tournament.

The Golden Rams entered the matchup with a 16-4 record, while the Greyhounds had a 20-1 record, with their one loss coming courtesy of West Chester on opening day, when they won 2-1 in overtime.

The game took place at a neutral site at Biemesderfer Stadium at Millersville University in Millersville, PA. The contest was scoreless heading into the second period, when Valerie van Kuijck put the Golden Rams on the board with her twentieth goal of the season. The score remained the same until the nine minute mark in the third period when Van Kujick struck again to make the score 2-0. Finally, late in the fourth period Claudia Jaszczak put the game away for good with her seventh tally of the season.

West Chester dominated the contest both offensively and defensively, out shooting Assumption 28-3 (10 of those being shots on goal) and making goalie Claire Nielsen’s job easy against a dynamic Greyhounds offense that came into the matchup averaging 18 shots and 3.3 goals per game. Nielsen has had an incredible season, winning 16 games and contributing to a goalie unit that has allowed a total of 25 goals, an average of 1.25 goals per contest. Assumption managed only three shots during the entirety of regulation, two of which came in the final period when the game was already out of reach.

Despite the loss, Assumption had a terrific 2021 campaign, and figures to be a contender for years to come. They have a lot of young talent on their roster, including freshman standout Mia Salah who led the team with 16 goals and 35 points. However, the team is losing some veteran leadership to graduation this offseason including Isabel Primack and Deirdre Burchill, both of whom turned in impressive senior seasons. They will look for Salah and the rest of the underclassmen to step up, and mentor next year’s recruiting class which figures to be strong after a terrific 2021 season.

The game will take place on Sunday, Nov. 21, which unfortunately is after the publication deadline of this paper so the result will already have been finalized by the time you are reading this.This will be the third matchup this season between the two teams, with Shippensburg taking each of the first two meetings including a 3-1 victory just two weeks ago that gave them the PSAC tournament title. Both teams have had impressive campaigns but only one will end up on top. Good luck to both teams as they compete for the ultimate goal: to be a national champion.