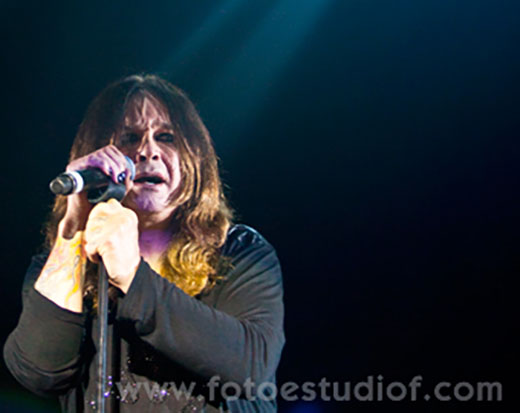 Back in February of 2020 (feels like an eternity), the Prince of Darkness and Godfather of Metal unleashed his first work in ten years at that point titled “Ordinary Man.” The twelfth studio album by the former Black Sabbath frontman was met with solid commercial success. The iconic singer also recruited several big names to list as contributors as his backing band.

Now, as many Ozzy historians would note, the bands of Osbourne have shifted over time but have usually had a fairly consistent lineup of co-songwriters, guitarists and other instrumentalists. However, much of that familiar lineup was not included in the most recent album by Osbourne, and thus it carried a different sound than that of previous works. This was much to the dismay of many Zakk Wylde fans, who wished to hear the longtime Ozzy right hand man play once more in what could have been the Prince of Darkness’ final opus. Fortunately, there’s at least one more opus to be put out by the Ozzman.

I’m still dumbfounded by the idea that music lovers of my generation are able to await a new original album from such an icon as Ozzy in 2021. I still remember my reaction to the first of these last two albums being released by Osbourne. On the day of release, all I had heard were the first three singles (“Straight to Hell”, “Under the Graveyard” and “Ordinary Man.”) The day the album dropped, I drove to Target and immediately picked up a CD copy. There’s some kind of magic in this wonderful expectation and excitement that comes with the unveiling of a new album, but due to my taste for the older era of music, I have not been able to experience that frequently.

In “Ordinary Man,” Ozzy recruited fellow British singer Elton John to duet with him on the title track and to contribute his talents on the piano. Not only that, but Ozzy was able to attain the Guns N’ Roses legendary guitarist Slash for a few tracks on the album. Producer Andrew Watt ended up taking up most of the other guitar work on the tracks for “Ordinary Man.” Other notable recruitments included Chad Smith and Duff McKagan. This next album in the works, according to Ozzy himself, is chock full of legendary names in the rock world, which undoubtedly raised many guitar lovers’ eyebrows this past week.

Do the names Jeff Beck, Eric Clapton, Tommi Lommi and the aforementioned Zakk Wylde ring a bell? If so, then you, like me and certainly thousands of rock fans across the globe, are ecstatic at the announcement of these guitarists being recruited and are wishing Ozzy and company could just release the work tomorrow. Patience, my friends, we must have patience! Andrew Watt once more takes the mantle of producing the work with Osbourne, and months ago spoke a bit about the contents of what they had recorded at that point.

Osbourne himself stated that they are planning for fifteen tracks (!) to be released for the album and Watt, in an interview, described some of the songs as “similar to his ‘80s stuff.” Now THAT should raise an eyebrow! His “‘80s stuff” would of course include the establishing groundwork to the iconic legacy that is in the name Ozzy Osbourne such as “Blizzard of Ozz” (1980), “Diary of a Madman” (1981), “Bark At The Moon” (1983), “The Ultimate Sin” (1986) and “No Rest For the Wicked” (1988). If Watt’s assessment of the work is even close to the truth, then we are in for a monumentally great album, and if the list of collaborators is any indication of the excellence that awaits, then buckle up, because Osbourne is ready to rock our world once again.