A short story: The Writer 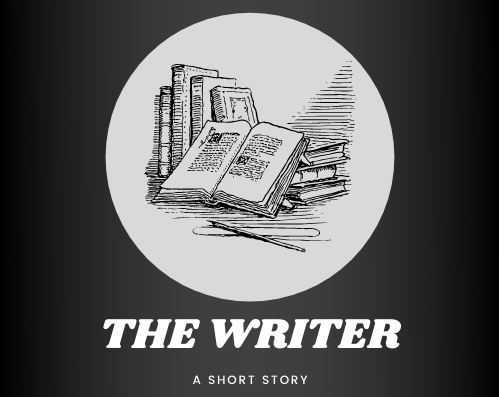 It was ruined, decades of my life up in flames because I did not blow out the candle. I usually leave an extra candle burning in case I wake up in the middle of the night with a marvelous idea and have to write it down, but I guess I placed this one too close to the curtains. And of course, this was the night I failed to leave a glass of water next to my bed, because I thought if it spilled it would ruin the book. The book… all my hopes and dreams resided within it, but I guess those too are just ash on my charred nightstand.

I could see it, I could grasp the Pulitzer Prize, but now that too is faded. In the back of my mind, I am trying to recall the details of the story, but they are smothered by all the things I could have done to protect it in the first place. An excruciating amount of work has been dedicated to a failure, not to mention the time. Would I have been happier, should I have dedicated that effort towards my marriage, or was it doomed to fail? No, I am attempting to shroud my current failure with a past one.

But I was happy, for a time, with them. They made my writing worth something more than ink on a page. But we did not share the same passion, or at least, I could not make them a true passion of mine.

The book… this is about the book. They were in the book though, well before it became soot. One of my characters, they embodied everything that I found absolutely spectacular about them. Their attitude on life, the way they talked and their hobbies, all wrapped up with a nice little bow and completely transferred onto each page.

I suppose it is ironic that on the night the divorce was finally settled, and the blazing inferno that was our relationship was once and for all put out, a last ember slipped through the cracks. Right past the paperwork and onto the paper for which I have spent most of my life at work on. But I guess that is how life goes for a writer. The work is never complete, and when you do stop working on an individual project, it is likened more to forgetting about it and passing it along than sealing it with a clear coat.

Either way, it is already overdue to sweep away the ash, grab some ink and begin again.

Evan Brooks is a fourth-year Business Management major with minors in Economics and Civic and Professional Leadership. EB916132@wcupa.edu