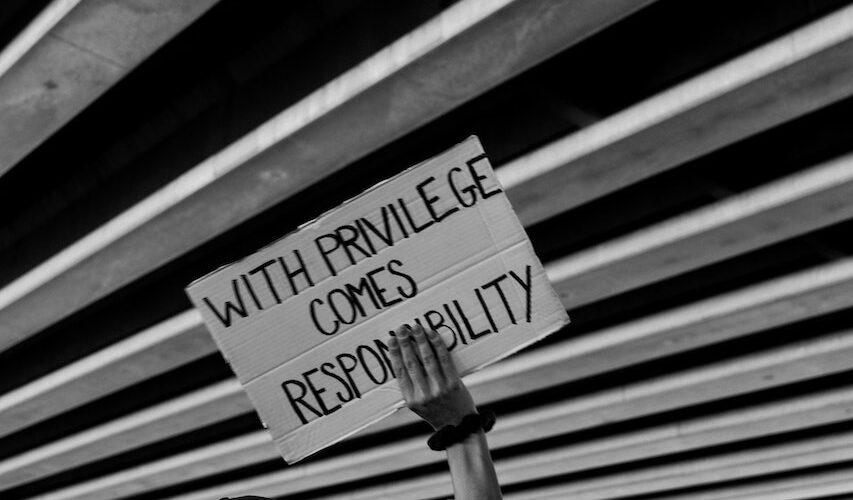 Over the summer, I had the pleasure of physically stepping back into my former high school for the first time since abruptly leaving in March 2020. I and a few former classmates arrived to attend an evening school board meeting, ready to bring a voice to younger alumni in the community. After a grueling two hours of speeches made by parents, alumni and taxpayers, my view of my hometown was transformed. Limited to three-minute time slots, each speaker prepared their own inquiries to deliver directly to the school board, raising questions about COVID-19 guidelines, how to deal with bullying and most popularly talked about, teaching critical race theory.

Critical race theory, or “CRT,” is generally known as an interpretive mode that examines what race and racism look like across dominant cultures and their main forms of expression. According to insights gathered by Purdue University’s Online Writing Lab, “CRT scholarship traces racism in America through the nation’s legacy of slavery, the Civil Rights Movement and recent events.” The scholarly concept has become a hot-button concept over recent months as a result of several states across the country placing bans on any CRT-related subject matter being funded and/or taught in public schools. Despite CRT being fairly unnecessary for elementary-school aged students, the academic discussion’s intensive content is often used to denounce any need in public schools for a more rounded curriculum surrounding America’s history of racism.

Within the first ten minutes of the school board meeting, with fresh eyes unknowing of what to expect, I sat listening to the school board president’s first address that the district would not be teaching any critical race theory related material. Before the president could finish his sentence, about half of the audience surrounding me stood in long-lasting cheers, whistles and applause.

There is a course at West Chester University called “Black critical theory,” one of two choices required for English majors. This course, according to the syllabus, “explores the political, social, cultural, and historical factors that influenced the development of twentieth century Black/African American critical theory,” while engaging in textual analysis of works from The Harlem Renaissance, The Realist/Protest Movement, The Civil Rights Era/Black Arts Movement and The Feminist/Woman movement. Although this course is not the same course of study as critical race theory commonly discussed today, it is unavoidable not to wonder what those high school board members and district parents would say in response to hearing the mere title of this college course.

High schoolers often are encouraged to take AP-level courses, so the idea of bringing a higher-level piece of curriculum to public high schools is not a new concept. For example, my peers and I often discuss how our Advanced-Placement Literature classes went during our senior years of high school. So, why would any study pertaining to Black critical theory be any different? Often associated with the Marxist movement simply because it is another form of critical theorizing, naysayers of CRT argue that it is teaching students “to hate our country, hate each other. It’s divisive and it’s basically an identity politics version of Marxism,” said Florida Gov. Ron DeSantis during an interview with the racial scholars at Fox News. But understanding how and why race and power structures have divided Americans on their own soil has nothing to do with rejecting the country altogether. If anything, wanting to understand our history and improve the way we live together is a sign of love and positive advancement.

This is a feeling I sat with all summer after peers introduced me to Carmina Taylor, a former Branch President for the NAACP of Ambler, who sat in the board meeting audience with us that night. Through online connections, Taylor introduced us to her work with The Movement for Black and Brown Lives and the hope to work with school districts in Montgomery County to advocate for racial justice. Part of this included creating a community meeting that took place on Aug. 1 with guest speakers who shared their own experiences, including younger alumnists and students themselves. A group chat was created for alumnists fighting for equity within their alma mater, which reached over 150 members aiming to lend support.

Attempting to use writing and reporting skills to help such a cause within my hometown became a new summer task, which grew to be ever so touching due to the amount of time I spent isolated in the town. Social justice initiatives in response to country-wide concerns fell into the laps of former and current high school students. Thus, local changes begged for by many may continue to appear even in the smallest of towns.

Kristine Kearns is a first-year English major with minors in Creative Writing and Sustainability. KK947319@wcupa.edu

Success is something that we define for ourselves and, like our goals, our definitions vary depending on the aspect of our life we are looking at. For our schooling, especially...

As a self-proclaimed environmentalist, I care about my personal impact on the Earth. From recycling to gardening, there are multiple ways to give back to the Earth and keep our...

On Nov. 2 of 2020, my article on the debt of the United States was published on the Quad website, and at that time, the U.S. had a total debt of about $27 trillion dollars. Since...

There is no evidence that the Delta variant of COVID-19 is deadlier than previous strains for vaccinated individuals. The United Kingdom has already recovered from their Delta...

In Spring of 2020, the world was introduced to a pandemic, our spring break at home got extended indefinitely, and I began an over-a-year-long acquaintance with the inside...

On Monday, April 26, The Quad published an article regarding responses from important local individuals and organizations on the results of the Derek Chauvin trial. Several...

Remember to check your emails from your professors if alternative plans or additional cancellations have been made. Stay safe out there!

WCUPA :: All Chester County Only In-Person Classes Cancelled for 9/2/2021. See http://www.wcupa.edu for details.

All in-person classes beginning at 1:00 PM today are cancelled at all WCU campuses (more details at http://wcupa.edu).

The Quad Editorial Board put together this collection of pieces for the freshman, sophomores, and returning students to campus alike. Check it out here: https://issuu.com/quad/docs/quad_summer_issue_121-00