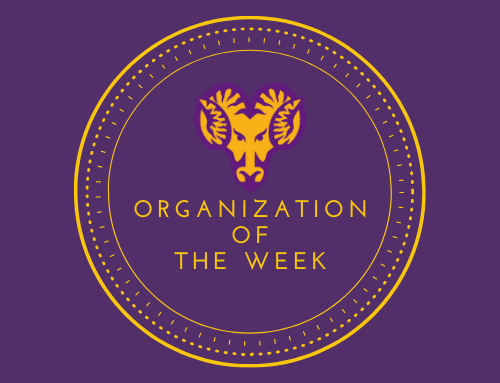 West Chester University is home to over 300 student-run organizations, all needing resources to build active environments for members and create projects for the community. They remain successful due to their members and thriving because of the Student Government Association (SGA). SGA is a government of the students, by the students and for the students of WCU.

This semester, I will be including the academic makeup — the majors and minors — of the students that are included in the articles of their featured organization. It is only fitting that this breakdown of academic positions starts with the vast and diverse SGA.

SGA is structured into three main areas: the committees, which are open to any WCU student; senators, which are elected by those present at a SGA general senate meeting; and executive officers, which are elected every academic year by the student body. Throughout this article, there will be ten senators featured, outlining why they joined and their experience.

First is Elizabeth Schultz, the Legislative Affairs Senator and Co-Chair of the SGA Outreach Committee, who has been active in SGA for around two and a half years. Schultz, on her reason for joining SGA, stated, “classmates of hers were involved in SGA and convinced her] to get involved.” Schultz, regarding her experience, says, “[it] has been nothing but positive.”

Next is Zaire Cuspud, the Sexuality Senator of SGA, who has also been within SGA for around two and a half years. Cuspud stated that he joined SGA because when he was in high school he was also in SGA as an executive board member. Reflecting on his time, Cuspud has “made the most meaningful relationships, as well as gained so much knowledge from being involved in [SGA].”

Nebiyou Elias, the College of Sciences and Mathematics Senator of SGA, has been with the organization for about two years. Elias joined because he “wanted to be a part of an organization that directly helps the students” of WCU. Elias, commenting on his time within SGA, stated how it “has been amazing” and how he has “been able to meet so many student leaders all over campus.”

Karen Mercy is the Francis Harvey Green Library Senator of SGA and has been with SGA for about a year and half. Mercy stated she joined because she “wanted to serve in her university community” so she could “help her community” in any way she could.

Sierra Irving, the Public Relations Senator and head of the PR Committee, has been with the organization for around a year. Irving said she “wanted to get involved in the campus community and meet new people” as she entered her first year at WCU. Irving continued, saying how her experience has been something she has “loved every second of.” She also says it’s been “the highlight of her freshman year” and “the best decision she’s made so far.”

Next, Madison Hammer, the Panhellenic Senator of SGA, has been within SGA for around a year and a half. Hammer says she joined “to become more involved and understand what exactly the student body needed in order to succeed at WCU.” She says her experience has been “rewarding and motivating,” allowing her “to grow as a leader on campus and understand the importance of working as a team.”

Catherine Young, the Sustainability Senator of SGA, has been in the organization for around two years. Young joined SGA “to make a difference on campus” and said her experience has been “amazing,” allowing her to “grow so much as a leader,” and has led to many opportunities.

Jacqueline Griffith, the Senator for the College of Arts and Humanities of SGA, has been in SGA for about half a year. Griffith’s first SGA experience was observing a meeting for her communications class, which she said left her “amazed at the work SGA does and is capable of doing.” Her experience, she stated, has “been super positive and rewarding,” and “it’s been a great way to stay involved” during the online environment.

Next is Angelo Saporito, the Alumni Relations Senator of SGA, who has been in SGA for around a year and a half. Saporito said he “wanted to get involved with West Chester as soon as he was on campus, so [he] could get to know people.” He “found out about SGA at the involvement fair and went to one of SGA’s meetings.” Saporito continued, stating his freshman year was definitely something he will never forget, and he believes part of it was because of SGA.

Lastly, Aly Magness, the Honors College Senator of SGA, has been in SGA for about three years. Magness stated she “knew she wanted to get involved at WCU through joining SGA because of the real-life governmental experiences” and the priceless relationships she would be able to build. In terms of her experience, Magness stated that “SGA has been one of the best parts of [her] college experience,” and she will carry her relationships from SGA past her graduation.

SGA is constantly hosting important meetings that are open to students, faculty and the WCU community. It will be worth your time to stop by a weekly general senate meeting, held every Tuesday at 7:15 p.m. You can also stop by the monthly council of organizations meetings that occur on the first Tuesday of each month. Registration for both is on the SGA Ramconnect page.

Lastly, SGA is your voice to the university; use it. Feel free to contact SGA with any issues or concerns. SGA can be reached by going to their meetings, connecting via Ramconnect or using the “contact Student Government Association” bar on their website. If you would like to get involved within SGA, you can join any of the five committees listed below and run to become any of the currently open senator positions also below. Speaking of elections, SGA’s executive board elections are around the corner. Make sure you keep a close eye on your D2L page, as you will be able to vote there when the time comes.

The Academic Makeup of SGA (of those included in the article):

Whenever something tragic and unexpected happens on the news, there is always someone who says, “I’ve never thought this would happen to me” or “you never think it is going to be...

This winter has shown nothing short of climate change. Through the end of last year to now, we’ve seen bizarre weather patterns that have taken a toll compared to the norm that...

Graphic created by Evan Brooks using Wix.    Maybe it was because I was naive, or possibly because I felt down on my luck, but I felt like I needed to get away from home. I...

Photo by Mark Cruz on Unsplash   Well, Valentine’s Day may have come and gone, but love stories are never out of season — and neither is ice cream. We can all argue that...