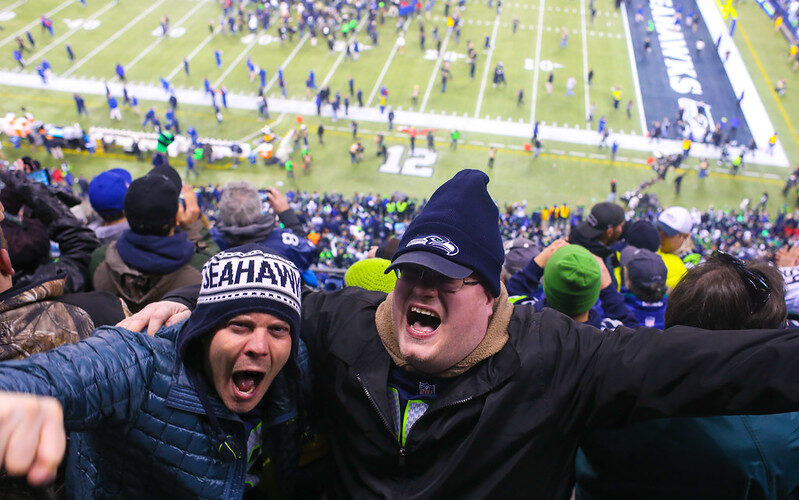 The 101st National Football League (NFL) season has finally come to a close. The Super Bowl champions have been crowned, and the offseason has officially begun. I think it’s safe to say that by far, this has been the craziest season of football that we have all ever seen, or will see in our lifetime. With the pandemic practically killing the 2020 offseason, and with no organized team activities (OTAs) or workouts — except for a very restricted training camp — it seemed like we were coming into truly a season like no other.

When the season began in Kansas City on Sept. 10, fans were socially distanced, and players and coaches were hand in hand across the field in Arrowhead Stadium. That seemed to be the beginning as the NFL got involved with social justice reform more and more, launching the Inspire Change initiative. The NFL recognized those who have been wrongfully killed, putting the names of whom each player chose to recognize on the back of their helmets.

Not only that, but with the pandemic raging on in the United States, the NFL continued on. They tested all staff and players weekly, putting the names of players and staff who tested positive onto the newly implemented “reserve/COVID-19 list.” This helped quarantine those positive, as well as those in close contact with said positive cases, for a minimum of seven days and two negative tests.

The season continued to go in full force as the fall months passed. There was one thing, one very important thing missing, however, and that was the presence of a full stadium, cheering or booing the teams on the field. Across the country, as the pandemic wreaked havoc, teams in places like San Francisco and Detroit and even cities like Philadelphia and Baltimore had no in-person fans throughout the season. Some teams did have fans in the stands, however, in places like Miami, Tampa Bay, Jacksonville and Kansas City. Others continued to not have fans as the winter months came and the playoffs began.

With zero cancellations (yes, zero!) to the season, it seemed to have been going smoothly. However, there were bumps along the way. Teams like the Tennessee Titans and Baltimore Ravens had COVID-19 outbreaks during the middle of the season — the Ravens had the worst ones known to date, though, thankfully, nobody on either team had to be hospitalized, as most were reported as asymptomatic.

As no fans continued to be the recurring theme, as well as the insertion of a seventh seed and no second seed bye, it certainly made the playoffs interesting for other teams, as well as the uncertainty of COVID-19 possibly forcing a cancellation. Thankfully, players and staff amongst the fourteen playoff teams did not have a single outbreak, which led to the inclusion of 7,500 vaccinated healthcare workers at the Super Bowl in Tampa Bay, FL this past week.

Overall, this season is a resounding success. The pandemic struck the National Basketball Association (NBA) and NHL, as well as Major League Basketball (MLB), but everyone said the NFL season wouldn’t even finish, so the teams came together and did what they had to do to get the job done. The Tampa Bay Buccaneers became Super Bowl LV champions, officially ending the proclaimed craziest season in the history of the NFL.

Jeffrey Babcock is a fourth-year student majoring in communications and minoring in journalism. Jb884128@wcupa.edu