JoJo Siwa comes out as queer 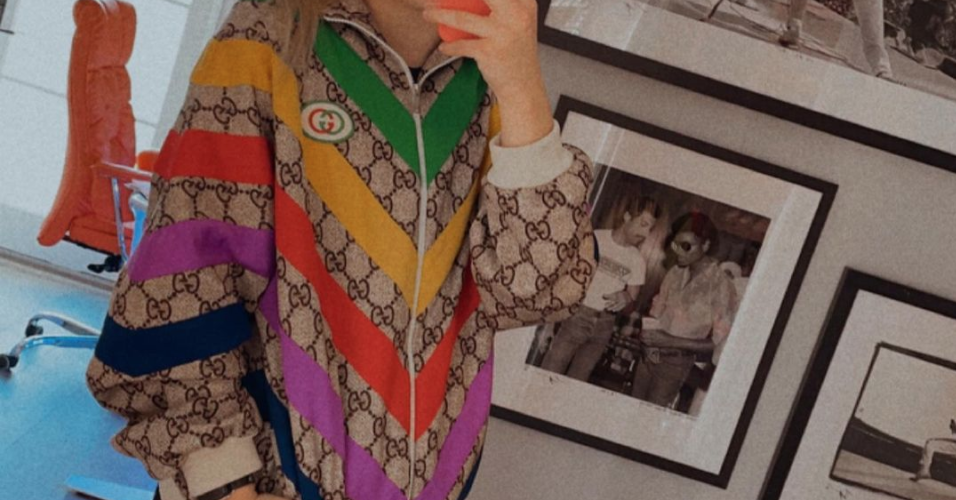 Last week, singer, dancer and social media influencer JoJo Siwa made LGBTQ history by coming out as queer on social media. Siwa is 17-years-old and known for her colorful clothing and large hair bows. She currently has 32 million followers on TikTok and 12 million subscribers on YouTube. Since getting her start on Lifetime’s “Dance Moms,” she has been involved in various projects on Nickelodeon and released several singles, including “Boomerang” and “Kid in a Candy Store.” She was recently named one of the 100 Most Influential People of 2020 by Time Magazine.

Speculation about Siwa’s sexuality began on Jan. 20, when she collaborated with the Pride House, a group of LGBTQ influencers who live and create content together. In a video posted on Kent Boyd’s TikTok account, Siwa is seen dancing to Paramore’s “Ain’t It Fun” along with members of the Pride House. The video was captioned “Now your (sic.) one of us!!” and tagged Siwa’s TikTok account, @itsjojosiwa, leading many in the comment section asking if this was meant to be Siwa coming out.

Later that evening, Siwa uploaded a video to her own TikTok account, donning rainbow apparel and lipsyncing to Lady Gaga’s pro-LGBTQ hit, “Born This Way.” Though the video had no caption, commenters continued to wonder if Siwa was coming out. In addition, several influencers commented their support for Siwa. Beauty guru James Charles wrote, “IM SO HAPPY FOR YOU.” YouTuber Colleen Ballinger commented, “my queeeeeen love you little sister!!!!” and Hyram Yarbro of YouTube’s “Skincare by Hyram” replied, “YES JOJO I AM SO PROUD OF YOU.” As of Friday, Feb. 5, the video has 42 million views and 6.3 million likes.

On Jan. 22, Siwa appeared to confirm fans’ speculation by tweeting, “My cousin got me a new shirt,” accompanied by a selfie of her wearing a T-shirt that reads, “BEST. GAY. COUSIN. EVER.” As of Feb. 5, the tweet has 1.3 million likes and 130 thousand replies. The following day, Siwa followed up her tweet with an Instagram Live, where she confirmed that she is coming out as queer. She revealed that she has received “the most endless amount of love and support” after coming out and has “never been this happy.” She told her followers that she wanted them to know “that no matter who you love, that it’s okay and that it’s awesome, and the world is there for you.” She said that she didn’t want to label her sexuality just yet, but explained that she feels like she’s been a part of the LGBTQ community her entire life: “I always believed that my person was just going to be my person. If that person happened to be a boy, great! And if that person happened to be a girl, great!”

Siwa has received an outpour of support on social media, but she has also received some backlash. Following her livestream, Siwa was swatted, which Newsweek’s Emma Nolan defines as “a form of criminal harassment, described by the FBI as ‘a hoax called made to emergency services, typically reporting an immediate threat to human life, to draw a response from law enforcement and the S.W.A.T. team to a specific location.’” Nothing is known about the caller yet, but many speculate that it has to do with Siwa’s coming out. Siwa believes the call came from the paparazzi, as expressed on Instagram: “I feel bad because there was about 50 police at our house, and those police could’ve had a much better time spent somewhere else actually helping someone, instead of dealing with a fake claim from paparazzi.”

However, the response to Siwa’s coming out has been overwhelmingly positive, which she explained on “The Tonight Show with Jimmy Fallon” on Wednesday, Feb. 3: “It was the most insane thing ever. I mean, literally everyone and their brother messaged me, texted me, sent me an Instagram message, tweeted me. It was the most love I think I’ve ever received, and the coolest thing about it was it was just by me showing the world the last little piece of me that they haven’t seen yet, and it was really awesome.” Additionally, she revealed that she has “the most amazing, wonderful, perfect, most beautiful girlfriend in the whole world” who encouraged her to come out.

Siwa told Fallon that coming out “can be a very scary thing, you know? Of course not everyone in the world is going to accept it right now, but there are so many people that are going to accept it right now. And like I say, even if there’s a million people … that don’t accept it, there’s 100 million that do.” She recalled a conversation with her girlfriend, where she noted that coming out was “a really big risk” because she “could have lost everything.” However, she concluded, “If I lost everything that I’ve created because of being myself and loving who I want to love, I don’t want it.”

JoJo Siwa coming out is a major milestone for the LGBTQ community. Siwa is a major role model for young children and has always encouraged her fans to be their authentic selves. On “Fallon,” she announced a musical film about her life, “The J-Team,” which Siwa describes as “centered around being yourself and centered around staying true to who you are, and even when the world is telling you that it’s not gonna happen … you’re believing because you’re you.” In addition, Siwa is a fierce anti-bullying advocate. Her most popular song, “Boomerang,” focuses on cyber bullying and standing up for yourself. Now, Siwa is a rare instance of LGBTQ representation for kids and will continue to preach love and self-acceptance to her fans. As CNN’s Scottie Andrew explains, “There’s no precedent for what JoJo did — no star of her caliber, at her age, whose audience is made up of mostly elementary schoolers, has come out so publicly. And JoJo, with her unflappable joy, is an example unlike any LGBTQ young people have had.” JoJo Siwa will inspire a generation of young people to love themselves and accept one another.

Photo taken from West Chester Borough Police Department Facebook Page   The borough of West Chester entered this year with a $600,000 deficit, according to a series of...