An Open Letter: Uniting a nation 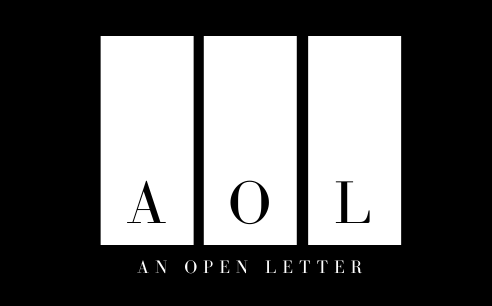 The first article I wrote for this column was titled “Make America United Again,” and it centered on providing means to bring about a reunification of the United States. No, the U.S. is not in a civil war again, but it sure seems like it — or at least it seems close to one. In this article, I am revisiting my thesis on how to reunite America. More importantly, I will be discussing specific actions every individual can take to make our nation whole again.

First, to fix a nation, we must look inwards. People and their opinions make up each side that opposes the other. If we can understand what helps form our own thoughts on a matter, then we can begin to evaluate how correct they are. I mention correctness because opinions are not fact. I can hold an opinion that is wrong just as someone else can, and it shows strength to know when a belief that you hold is incorrect.

When we know which things we once thought to be true are false, we can begin to reshape our view of the world to one much more grounded in reality. Information is all around us and easier than ever to obtain, but with that comes increased exposure to disinformation as well. An example of the process of evaluating your opinions would be to look at what you absorb, let’s say for something like news.

The rift between what each audience sees, depending on the news network, is incredibly visible. If you watched the same story on two different networks, you would have thought two completely different things had happened. Say what happened to the Capitol building on Jan. 6, 2021; if you watched on CNN, you would see and then think one thing was happening, and something else if you then flipped to FOX.

So in terms of evaluating your opinion, you should diversify what you see and take in, question what you are watching, and wonder if what you were told is actually the complete story. Right now Americans are living in two different worlds, and uniting the nation will need a bridge constructed between them. Either side doesn’t seem to understand the other because they are seeing and living different realities.

An important tool to bridge to two realities would be to try and understand what the other person you are engaging with sees. Sometimes it is not all about having a complete understanding between both parties, but the realization that there is a lot more in common than things separating you.

Instead of pointing out where you break with someone, look for where you connect, see how you see eye to eye. Uniting a nation is no small task, but it starts with small steps; it begins on the personal level and grows as we interact with others. We may not always agree who to vote for, but we can agree who won. It is also imperative that we understand and abide by the rules our nation has set forth and push the boundaries that chain certain communities for a more inclusive America.

The more involved we are the better our voice is heard; the more that are involved the healthier our democracy is. Overall, uniting our nation needs to start with us and how we act and think. If you can’t change your own thinking, how are you going to be open to others? The biggest and most useful thing you can use is your own action, as inaction leads nowhere.