The state of the Philadelphia Eagles: Weathering a storm 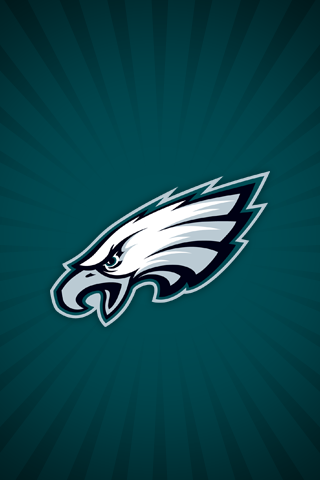 Just three years ago, the Eagles welcomed Case Keenum and the Vikings to Lincoln Financial Field and proceeded to clobber them with merciless offensive and defensive prowess. Second-year head coach Doug Pederson was fearless, returning hero Nick Foles was unstoppable and power back LeGarrette Blount spearheaded a rushing attack that included the surging Jay Ajayi and surprise rookie Corey Clement. The team wore a swagger on their sleeves unseen in the franchise’s history. Things looked great for the future, and for the immediate future it was: the team would go on to spar with Tom Brady and Bill Belichick in Super Bowl 52 and the underdogs would come out alive.

Oh, how the times have changed.

Foles finds himself a benched quarterback behind Mitchell Trubisky, Blount retired after finishing his career in Detroit, Ajayi is missing in action, Clement hasn’t been anywhere close to the breakout player he was his rookie year and the fearless Pederson finds himself a fired head coach. The most drastic change though, lies in the starting quarterback from 2017, the one who put up a strong push for MVP candidacy, the six-foot-five North Dakota-hailing gunslinger we all bought into (as did the Eagles to the tune of $128 million): Carson Wentz.

Never before have we seen such a monumental breakdown from a fifth-year quarterback. Just months ago, fans were hailing Wentz as a guy who took a ragtag group of practice squad players to the playoffs against all odds. Now, many of those same fans want him traded away. For what? For anything! Draft capital, a random linebacker, just something to get him out of our hair and preferably in a way to give the Birds an easier cap situation if at all possible. Speaking of that monster, the Eagles are currently projected to see their cap numbers surge above the league set restriction by around 40 million. On a team with so many expensive contracts and so little rookie success, the outlook is pretty bleak.

Shifting the focus back to Carson, the former governor of Wentzylvania now lies in no man’s land following his benching late in the season after a historically bad performance. Second round pick Jalen Hurts entered his vacant spot and played well enough to beat the league’s best defense in the Saints and come close in a shootout against the Cardinals. The stagnant nature of a Wentz-led Eagles offense evaporated at the hands of Hurts. It was fun to watch the 2020 Eagles for once. But alas, all good things must come to an end. In an NFC East battle for survival, the birds fell short to the Cowboys and followed it up with an even worse performance against Washington. What started as a Super Bowl hopeful season ended in a chaotic four win debacle.

Following this massive disappointment, Wentz reportedly wanted out, or at least wanted Pederson gone. One of his wishes was granted as Jeffrey Lurie and Howie Roseman sent the only Super Bowl winning coach in the franchise’s over 60 years of football packing. In the weeks that followed the shocking, yet somehow expected move, the Eagles welcomed their new head coach: Nick Sirianni.

A collective puzzled look dominated southeastern Pennsylvania faces that day and the days following. To say the hiring was unexpected would be an understatement, but Lurie has an excellent track record when it comes to unheard of hirings (e.g. Andy Reid, Doug Pederson to name a few), so I’m willing to give Sirianni a chance. The question remains, however, if Carson will do the same.

Reports emerged late in the year that Pederson and Wentz’s relationship was “damaged beyond repair” following his benching against Green Bay. This led speculators to surmise that the move to fire Pederson was first and foremost to satisfy the 28-year-old quarterback in hopes that he would return and lead the team once more. Yet, as of the writing of this article, we have heard no words from Wentz besides an endorsement of teammate Rodney McLeod for the Walter Payton Man of The Year Award. One would assume that this silence speaks volumes, and that assumption is backed up by increasing reports that Carson’s relationship with the team is still strained.

The way I see this Wentz situation is as follows. If I’m the Eagles, I have just shaken up the entire coaching staff and structure for the quarterback I have repeatedly invested in (e.g. trading up to draft him no. 2 overall, choosing him over Foles following 2018 and extending him for a $128 million deal). I have shown continual allegiance to my quarterback, but if he will not rightfully compete for the starting position after a historically bad season, then I must field trade calls. You can’t have a quarterback who doesn’t want to be on the team and won’t accept responsibility for his mistakes; it will cause locker room rifts and could cause lasting damage to my team and the culture that has been built.

Trading Wentz is a whole monster in and of itself, but nothing will change the fact that Roseman needs to hit a grand slam in this year’s draft. The cap situation looms heavy over the team, forcing fans to come to terms with the potential departures of beloved veterans such as Zach Ertz, Jalen Mills, Jason Kelce, DeSean Jackson and more. The team needs to gain reliable young talent so they can weather this cap storm over the next few seasons as Sirianni constructs his roster along with Roseman.

The coming months will continue to alter the future of the Eagles franchise in monumental ways. We will likely bid hard farewells to players we’ve watched grow before our very eyes, and we will never forget them in our green-blood pumping hearts. As we watch Brady and the Bucs take on Mahomes and the Chiefs in Super Bowl 55, we Eagles fans can’t help but shed a tear over what could have been, but steady we stand, ready for another season. Fly Eagles Fly.

“Super Bowl Bound!” by Joe Parks licensed under CC BY-NC 2.0   The 101st National Football League (NFL) season has finally come to a close. The Super Bowl champions have been...

“Patrick Mahomes in the Chiefs Super Bowl Disney Parade” by elisfkc2 licensed under CC BY-SA 2.0   This NFL season has certainly been one of ups and downs, and one that we...