In the West Chester borough and university area, community members have access to affordable options when it comes to reproductive health, such as the Planned Parenthood on Wayne Street or the Student Health Services office on South New Street. However, Amy Coney Barrett’s pro-life, anti-abortion views in the Supreme Court leave an incoming threat to clinics as to what sexual and reproductive health services can be provided to clients under federal and state laws.

On October 26, Barrett was officially confirmed as the new Supreme Court justice in place of former Justice Ruth Bader Ginsburg by a Senate vote of 52–48, solidifying a 6–3 majority of conservative justices on the bench. Nominated under the Trump administration and mentored by former Justice Antonin Scalia, Barrett’s views are known to reflect the conservative values of her colleagues, especially when it comes to abortion and contraception rights.

Brian Fallon, head of the Demand Justice group, shared to Twitter an anti-abortion advertisement from the St. Joseph County Right to Life group that was published in 2006 in the South Bend Tribune. The ad lists hundreds of names that support the overturn of Roe v. Wade, including Barrett’s. The ad calls Roe v. Wade “barbaric.” 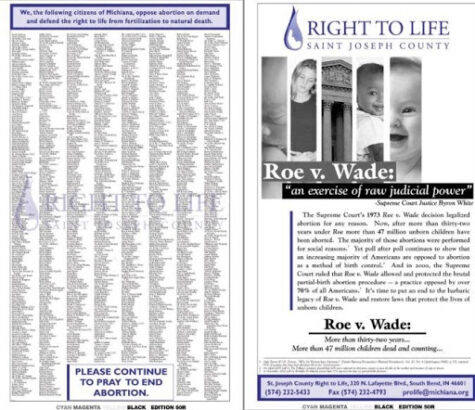 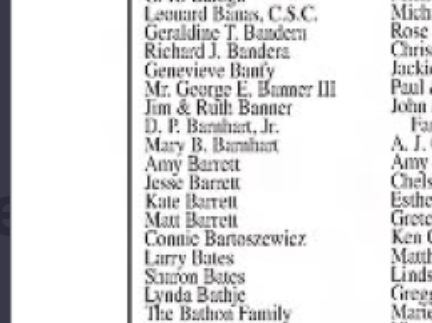 (Caption: An anti-abortion ad ran by the Saint Joseph County Right to Life group in 2006 via Twitter @brianefallon; close-up of Amy Barrett’s signature)

Her refusal to comment on whether or not high-profile landmark rulings such as Roe v. Wade (legalized abortions) and Griswold v. Connecticut (legalized birth control) should be overturned has left a strong fear shared by women and fertility doctors alike that her position could jeopardize existing national laws that protect these choices for sexual and reproductive health, as birth control coverage is guaranteed under the Affordable Care Act (also known as Obamacare). This could further affect legal rights for those undergoing fertility treatments.

According to a 2017 report by the National Women’s Law Center, birth control costs make up roughly 30–44% of a woman’s total out-of-pocket healthcare fees, and 70% of women have reported that they use birth control to manage a non-pregnancy related medical condition, such as menstruation disorders or to reduce certain cancer risks.

If Barrett’s position sways the Supreme Court to dismantle the ACA, contraceptive benefits could be terminated and companies could also be allowed to refuse birth control coverage to their employees; in the Burwell v. Hobby Lobby ruling of 2014, the Supreme Court ruled in favor of the Christian-based company that the government doesn’t need to require employers of for-profit companies to provide birth control coverage to their employees if they disagree with their employer’s religious beliefs. The three justices of that time, one of which included Justice Ginsburg, dissented by arguing that this would create further limits to women’s rights to those who are disadvantaged both geographically and economically.

Elana Willinsky, the Media and Government Relations Specialist for Planned Parenthood of Southeastern PA (PPSP), discusses the emergence of ACA, as well as its importance for many groups of people.

“The ACA was created to address the very real gap in health care access that exists for people with low incomes — many of whom are Black and Latino, due to centuries of discriminatory economic and housing policies and institutional and structural racism,” said Willinsky. “For women in particular, the ACA has made a night-and-day difference in coverage for sexual and reproductive care by expanding access without copays to birth control, STI testing and counseling and preventive care like breast and cervical cancer screenings.”

Willinsky also mentions that on top of the COVID-19 pandemic, losing the ACA would also mean the end of Medicaid expansion, birth control coverage with no out-of-pocket costs, coverage for pregnancy labor and delivery, allowing people to stay on their parent’s insurance at up to 26-years-old and many more real threats.

Planned Parenthood has affirmed its stance on Barrett’s position as Justice, which they feel threatens the integrity of the work that they do for communities all around the country, including West Chester.

Willinsky shares her sentiments on the confirmation of the new Supreme Court justice.

“The confirmation of Amy Coney Barrett to the Supreme Court betrayed and ignored the will of the people,” she said. “The focus of our political leaders should have been and still needs to be on addressing the continued spread and ongoing health and economic ramifications of COVID-19, and expanding access to healthcare for communities that historically face barriers to care.”

“I actually dealt with an unexpected pregnancy earlier in the year and decided to terminate it,” said one senior WCU student. “I was so scared but Planned Parenthood was so helpful and informative as to what would happen with my body … After the abortion, they gave me free birth control and called to check up on me. So, birth control is so vital in many young women’s lives and it’s honestly so helpful when it’s free/affordable.”

According to Willinsky, a total of 7,591 abortions (both in-clinic and medication abortion) were completed throughout the four different PPSP sites, including the West Chester Surgical Center, between June 1, 2019–July 31, 2020, also known as Fiscal Year 20.

It’s clear that abortion services are needed in the PA region, but there are also common misconceptions when it comes to the role of Planned Parenthood, such as only providing abortion care and serving solely cisgender women.

“Planned Parenthood cares for all, no matter what,” said Willinsky. “No one is turned away at Planned Parenthood because of lack of funds, immigration status, race or ethnicity, sexual orientation, gender identity or any other reason.”

Currently, PPSP offers telehealth appointments, as well as inclusive services such as gender affirming hormone therapy, HIV testing and PrEP, flu shots and more to people of all identities.

The primary focus for those deeply invested in protecting people’s rights is to educate others and get involved. At the university level, the Center for Women’s and Gender Equity has always been a known advocate for gender equity issues and basic human rights.

“Human rights are exactly that, rights. They are things that humans should be granted by default, without condition or stipulation,” said Ali Kochik. “As someone who does this work and is affected by the decisions of people such as [Barrett], it is disheartening to know that, even the progress we think we have made has the potential to be revoked should the Supreme Court decide to overturn certain rulings.”

What won’t be threatened by Barrett’s seat in the Supreme Court are clinics with long-standing, pro-life history, such as the Birthright Pregnancy Care Center on South High Street, only a four-minute walk from the borough’s Planned Parenthood.

Yet, some communities are more vulnerable than others to the consequences of existing abortion rights becoming overturned completely..

“With 17 cases a step away from the Supreme Court, access to abortion is hanging by a thread across the country, and for too many people — specifically Black and Brown communities forced to navigate a legacy of systemic racism and discriminatory policies — the promise of Roe is already meaningless because abortion is inaccessible,” said Willinsky.

However, she reassures that all PPSP health centers in the region will continue providing care to those with or without insurance.

In order to protect other communities around the country that rely on these services, there are multiple ways to get involved. Among volunteering opportunities and talking to the community in order to destigmatize sexual and reproductive health, donating to local Planned Parenthood clinics can be the most effective.

“We know that the right to abortion doesn’t mean that everyone has access to abortion,” said Willinsky. Donations can ensure that all communities have equal access.

As a peer educator, Kochik also advises that students remain informed thinkers when it comes to making critical decisions.

“It is very easy to sit back and watch the world go by around you. But you and everyone else are entitled to safety, autonomy and comfort, and you are well within your rights to be critical of people who mount a threat to those liberties.”

To learn more about Planned Parenthood and information regarding sexual and reproductive health, visit www.plannedparenthood.org.

Nikki Haslett is a fourth-year English Writings major with a journalism minor. NH890081@wcupa.edu

The organizations at West Chester University are vast and diverse, offering both an opportunity to network and make friends as well as educational and professional experiences...