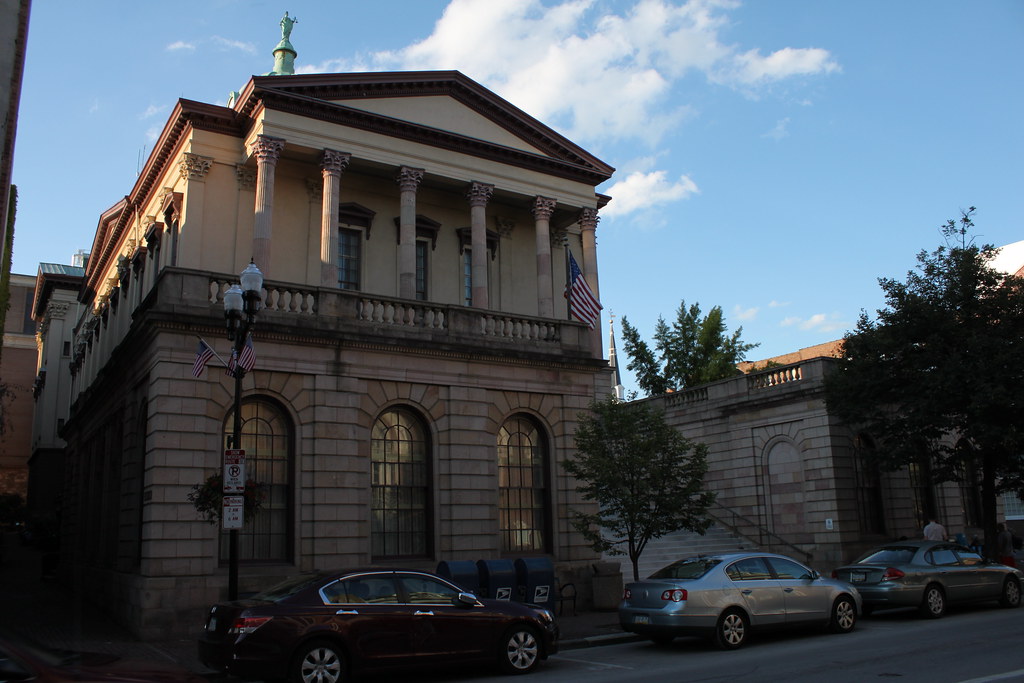 Before a preliminary hearing was held on Monday, Oct. 5, two out of an original three felony charges were dropped in the case of current WCU student Taylor Enterline, who was arrested at a Black Lives Matter protest in Lancaster in September.

Enterline still faces a charge of felony riot as well as several misdemeanor charges related to her presence at the protest on Sept. 13.

Last Monday’s preliminary hearing was held to give Enterline’s attorney, Douglas Cody, the opportunity to argue for additional charges to be dismissed by the presiding judge, Bruce Roth.

Called by the prosecution to testify at the preliminary hearing were Lancaster Bureau of Police Detective Austin Krause and Lt. Philip Berkheiser. The subject of their testimonies were their observations from the night of the protests.

Detective Krause was called first and testified that upon reviewing video footage recorded on the night of Sept. 13 and the early morning of Sept. 14, Enterline was visible as part of the crowd that had gathered to protest.

Cody, during his cross-examination of Krause, requested to review the notes from which Krause was testifying. Cody asked Krause how the notes were compiled, and Krause replied that while he was stationed on the roof of the police station on the evening of Sept. 13, he dictated his observations of the gathered crowd to a police scribe.

Cody pointed out that while Krause’s several pages of notes contained names and descriptions of several individuals the latter had picked out of the protest crowd, nowhere in them was Enterline’s name or description mentioned.

“Not once do you notice or call out the girl wearing the Alabama sweatshirt. Is that fair to say?” Cody asks, referring to Enterline.

Cody then asked Krause — and later, Lt. Berkheiser — whether or not Enterline can be observed throwing anything or otherwise participating in riotous activity on their video recordings. Both officers stated there was video they had not yet reviewed, but at the time of the hearing, that was correct.

After the testimony of both officers was given, Judge Roth asked Cody and the prosecuting attorneys whether either of them had any arguments to present. Cody replied in the affirmative, and that he would argue for the dismissal of Enterline’s felony riot charge.

Roth heard arguments from Cody that posited that according to the letter of the law, the prosecution did not provide adequate evidence that Enterline could have been guilty of riot. Cody reiterated that Enterline was not mentioned in Detective Krause’s notes and that no one had observed Enterline acting disorderly or participating in any violent acts.

The prosecuting attorney replied that blocking the ramp behind the police station — which Enterline, according to testimony, can be seen doing on video from the protests — was itself disorderly and should be enough to send the charge to trial, but Cody responded that it was a protest action and that not all protests are riots.

Judge Roth showed a curiosity in the arguments and said that “the legal bar” for being guilty of riot “seems low,” but ultimately decided the riot charge ought to go to trial.

That trial has been scheduled for Friday, Nov. 13, where it will be determined whether Judge Roth’s decision to send the charge to trial was the correct one.

The dropping of several of the charges has led many of those who are familiar with the case to question the extremity of the four-day arrest where Enterline was refused legal counsel and a phone call to her mother until the third day and was given an initial bail set at $1million.

“Dropping those charges just shows that they were just trying to get anybody for anything,” explained Enterline’s close friend and fellow WCU student, Ta’jah Norman. “And that just shows how the justice system is trying to get back at those standing up [against] injustice. And it’s good that she is fighting it, it really shows her character and the fact that she is not gonna sit here and take what the justice system is trying to do, she’s gonna fight against it.”

Similar to the hearing that occurred on Monday, the trial will most likely be attended by those closest to her, including her mother and friends, such as Norman, both of whom were seen walking directly to Enterline for an embrace following her exit from Lancaster courthouse.

Currently, Enterline is continuing her work as a student at West Chester University in addition to being a presence in her campus extracurriculars.

Ali Kochik is a third-year English Writings major with minors in Journalism and Women’s and Gender Studies. AK908461@wcupa.edu

Kyle Gombosi is an eighth-year Music: Elective Studies major with a minor in Journalism. KG806059@wcupa.edu