Advocates for WCU renters take next steps towards equitable housing 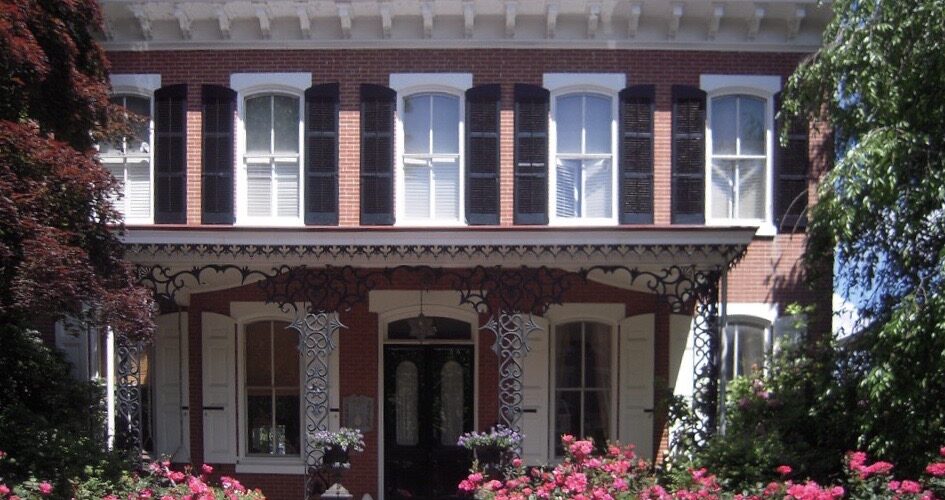 When the COVID-19 crisis began in earnest last spring, there was no shortage of questions about how the pandemic would affect life at WCU in the semesters to come — and no surplus of answers. For many among the 64% of students who lived off-campus last year, the most pressing of these questions orbited the problem of securing housing. The ambiguity of the future clashed with the rigid timetable of the student housing market. Unprecedented layoffs put many students in a position where affording rent was difficult or impossible. Quarantine and travel restrictions made many unable to return to the now-empty apartments for which they were paying rent. Then there was the matter of whether or not to secure housing for the fall semester which, at the time, still had the potential to be in-person. Sign a lease too early thinking that campus would be open in the fall, and you may end up losing money on a lease that you won’t end up needing. Wait to seek out housing, and you may find that all viable rentals have been taken. Adjusting the stakes to take into account the extreme competition and nationwide chart-topping prices of student housing in the borough, and the issue took on massive implications for the student body.

Looking back on the need for a unified student response to the mounting housing crisis in the late spring months of 2020, the success of Advocates for WCU Renters now seems nearly inevitable. For Ally Drames, media and political outreach director for AWR, the support that the initiative has received continues to impress and inspire. “I honestly can’t believe how big it is,” says Drames about the Facebook group that has, for many, become a source of news as well as a forum for advice and discussion. “I remember when it was at 250 people and we couldn’t even believe it was at 250 people.” The group now has more than 750 members.

In the months since The Quad first covered AWR’s rise as a student-led coalition seeking to provide a platform for students struggling through the uncertainty of student housing in the COVID era, the organization has dug its roots deep into the West Chester community. As the needs of student lessees have changed, so has AWR, evolving from a response team raising awareness of tenant rights, to an established body pushing for student-positive change in borough law.

In the first few months after AWR was founded in late April, the trio of organizers found themselves focusing their efforts close to home, appealing to the university administration with the feedback they had gotten from the WCU community. Katie Fox, communications liaison, also works for Off Campus & Commuter Services (OCCS), and research director Riley McGowan served as President of the Off Campus & Commuter Association (OCCA). Together with Drames, the team presented their findings to the administration in the spring. Over the next few months, their work with university faculty, including Vice President of Student Affairs, Dr. Zebulun Davenport, and Assistant Director of OCCS, Maggie Holroyd, would yield concrete results to complement the growing community forum on their Facebook page. When Chester County and WCU received several million dollars under the Coronavirus Aid, Relief and Economic Securities (CARES) Act, $2 million was designated as needs-based rent relief for students living off-campus. Allocating the testimonial of many students who felt the framing of the grants as “needs-based” would disqualify them for receiving necessary aid, Drames, McGowan and Fox successfully advocated for the grant to be opened to all students living off campus. The team also met with the office of the PA Attorney General to discuss the pattern of landlords intimidating and acting aggressive towards student tenants and drafted a letter to property owners that was signed by more than 20 WCU staff and faculty.

But after the initial surge of support, the stimulus grants, and a front-page article in the Inquirer, the team wondered: what next?

“That was huge and that was amazing but there’s not much more that the university can do beyond that, besides supporting us in our efforts,” says Fox. “So now we’re instead framing this issue through the lens of the borough and local government. What does it mean to be a student owned property? Why do those properties exist? Why is a student lease different from the leases of other residents in the borough?”

These questions took the form of a new list of goals set forth on Sept. 10, including some concrete policy changes like shifting rental timelines closer to the lease date, and other more general resolutions aimed at fostering more equitable relationships within West Chester rental culture. Drames also notes the underlying structures of oppression beneath the many issues of representation and affordability in student housing. “Representation in the borough is really bad in terms of racial makeup, which is a huge thing that, especially in this moment, we want to focus on and change,” Drames says. “There’s no affordable housing option in the borough, so students from lower socio-economic standings do not have an option to live in the borough at all.”

This new era of AWR presents the community with a broader, more established set of challenges. Borough legislation established in 2012 prohibits student housing from being developed in the town center. Student housing as a separate designation of West Chester housing goes as far back as a municipal plan in 2000, which recommended that “an ordinance be prepared and adopted that defines ‘student housing facilities’ and limits the number of such facilities per block.” Because students are not a protected group under the Fair Housing Act, the borough quickly enacted the recommendation and passed legislation in the intervening years limiting designated student housing. If the municipal plan was followed, the AWR certainly have their work cut out for them. “The Borough should actively oppose any West Chester University actions, inactions or plans that will not reduce or that will increase the problem of student housing and parking in the Borough,” reads Chapter IV of the municipal plan.

Indeed, Fox says that as far as she knows, no new student dwellings have been added to the borough in several years. If the municipal plan is to be believed, housing may become even more limited in coming semesters. Zukin Realty, the largest owner of student properties in West Chester, was recently approved to build a hotel on Market Street that will replace four student dwellings with specifically non-student (bold and italicized in the meeting’s minutes) housing.

McGowan also noted that Zukin received between $150,000 and $300,000 from the Paycheck Protection Program which was meant to support businesses who had lost income because of the COVID crisis. While it would follow that this grant would allow companies like Zukin to be more lenient on rent collection from their lessees, many who rent from real estate companies on the list report having seen no change in policy as a tenant. University Student Housing, the corporation that runs affiliated housing on campus, also received between $350,000 and $1 million from the program. McGowan, who designs the surveys that have become the statistical backbone of AWR’s appeals for policy change, continues the search. “Right now I’m talking to a local government official’s office to see what other things that landlords could have qualified for,” she says. “Because you could always make the argument, ‘Well, PPP is good because they’re keeping people on payroll,’ but the issue is still why do they need all this extra money when everyone is still paying their rent?”

Companies are not the only players in the expensive game of West Chester student real estate. According to an AWR presentation, one property owner in the borough owns over 38 student rental dwellings, including an apartment building that houses several units. As attendance grows at WCU, landlords have segmented their properties into multiple “units,” which circumvent the borough code limiting student dwellings to four occupants without having to get an entirely new student home approved. But what happens when there’s just too many students to fit into the shrinking supply of houses? “The university says ‘ask the borough’ and the borough says ‘ask the university,’” laughs Drames.

The AWR is far from done. McGowan plans to graduate this semester, Fox at the end of the year, and Drames continues to pursue her Master’s, but all three look to the future with intent to continue the work they’ve done so far with the group. While they plan to continue advocating for renters in the WCU community, there’s also a hope that incoming students will get involved as well. But until the next generation of Advocates take up the fight, the founding members seem focused only on the task at hand. “I’m not done anytime soon,” says Drames, “and I hope none of this is done anytime soon either.”

Brendan Lordan is a fourth-year English major with a minor in Journalism BL895080@wcupa.edu

When Senior Media Relations Specialist Andrew Mees was asked what factors made Montclair State University adopt a hybrid model for their fall 2020 reopening plan, he stated that...

A West Chester University organization invites male students from all surrounding campuses to join them in a social action program on the topic of Men’s Mental Health.  In an...

“Ballot bokeh” by iceman9294 is licensed under CC BY-NC-ND 2.0   Republican lawmakers and legislators are calling for an immediate audit of Pennsylvania’s...

Today at 8:57 a.m., West Chester University President Fiorentino and the governance leadership sent out a letter to the faculty and staff about new changes to the current grading...