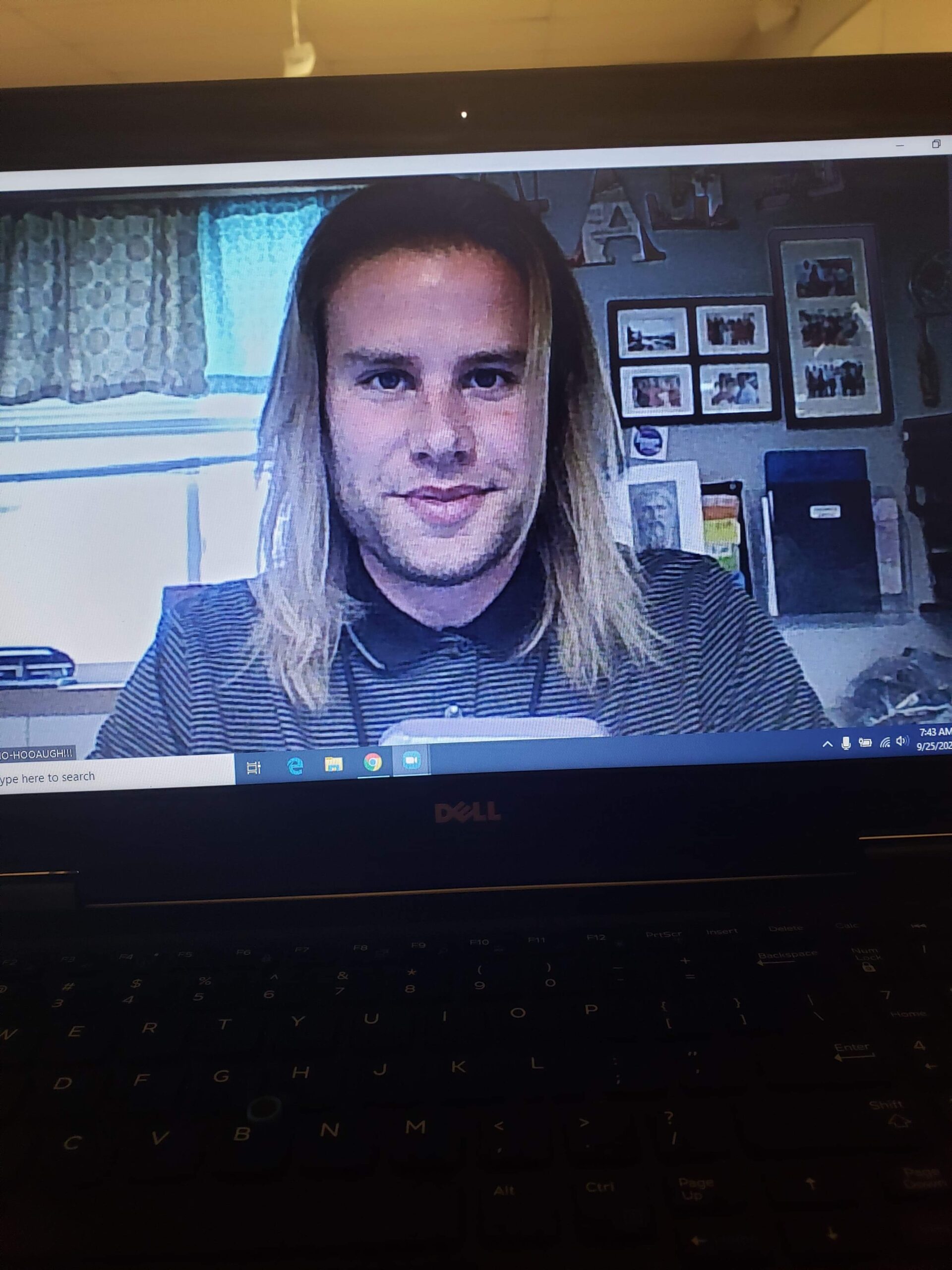 When I set out to conduct an interview with West Chester Alumni and current Avon Grove high school English teacher Evan Cowgill, I was faced with an interesting conundrum —in that I’ve known the man for a decade. Having both been products of the quaint and well-settled town of Perkasie, Pennsylvania, and sharing a high school of our own for four years, Evan and I had essentially been raised around parallel scenery.

The town in which we spent most of our childhood was, and still is, a small, inner-pocket kind of town. Tucked neatly into a crevice in northern Bucks county, a place of acceptable class and absolutely no taste, Perkasie sits. One might almost describe it as heavenly, but only in the sense that it possesses heaven’s most unique quality: nothing much ever changes.

Its identity is unremarkable. The streets, whose namesakes come primarily from Philadelphia, its nearest metropolitan area in order to help out-of-towners integrate during their summer retreats, offer little in the way of idiosyncrasy to the gaze of the unlearned traveler.

In towns like these, architecture mimics man best with store fronts lingering in perpetual deliberation: do I change?

As any comic strip might teach you, it is towns like Perkasie, Pennsylvania, USA, a place of such regimented certainty, with its near-barren hills of rolling where-when and its forgettable church steeple skyline, that provide the fertile landscape for an agent of change.

As far as our interactions during these days — we didn’t get on too much in high school. We were from separate, adjacent circles: that is, until around senior year when we began playing in bands together. He was one of the best drummers around. I was one of the lesser, but most aesthetically-inclined, guitar players at the time. Our natural musical inclinations led us to a rather brash and agitated form of good old-fashioned rock and roll. It was around this time, playing in punk bands and developing our own sense of self, that we initiated what is still to this day a powerful friendship.

After high school, he attended West Chester University, eventually graduating with a Bachelors in English studies and a Bachelors in secondary education, along with a minor in Creative Writing and a minor in Linguistics.I was curious how teachers, specifically young, developing teachers, were transitioning to the online format. At the risk of flogging a dead horse — by this point, most of us have been bloodied by the brash hand of COVID journalism, specifically in regards to slice of life stories — I decided to capture one teacher’s experience through the transition into remote learning. I sought after conveying this story through the truest and most contemporary means possible: email.

Seeing as though each school district has decided their own course of action regarding the structure of the online transition, I asked Evan a bit about his unique experience. As an English teacher, most of your classwork is built around enthusiastic discussion and exchanges of perspective. I asked how his specific teaching style translated into the new format.

“We are teaching pretty much entirely online for the time being, with most teachers posted in their respective classrooms while we Zoom our students for each class,” he said. “When the time for the digital school-year was approaching, I was nervous about how authentically I’d be able to transfer my usual presence.” Evan went on to describe the typical atmosphere curated by his teaching style, noting his use of comedic commentaries, openly expressive and argumentative discussion style as well as musically driven writing exercises. He expressed initial doubt about how well such methods could translate to the online realm. “But I’ve found myself quickly and smoothly right in the swing of things, and my students are loving my class, thoroughly enjoying having me as their teacher.” He followed up with, “This school-year has been excellent and, in fact, invigorating for me so far.”

Evan discussed thoughts about the potential upsides of new teaching styles regarding remote instruction. “While there are some aspects of school that we miss out on in such a format as this, I’ve discovered that there is also a total bounty of new positives, improvements and successes to relish in, advantageously, as I let my classes rely on the mind-blowing array of technology we have available to us in the digital realm. Suddenly, even two weeks in, class feels very much alive in every way I could have imagined and hoped for. And this immersive landscape of both technique and humanity continues to strengthen each day, each week, leading myself and my students deeper into a progression towards integral, ground-breaking learning —a path of digital citizenship that urges heightened intellectualism and multi-faceted literacy in our ever-changing world.”

Being only a few years removed from high school myself, it is still fresh in my mind how powerfully integral certain classroom dynamics are to the experience. And, being a friend of Evan, I’m aware of how important it is to him that his students feel the full weight of the high school experience. The modern public school affair, for all its flaws and misgivings, plays a large role in shaping, watering and directing certain qualities within a person. Not everyone experienced it that way, so not everyone sees it that way. But for two young, suburban — and incredibly suburbanized — kids growing up in Perkasie, high school convincingly etches into you experiences that are relished, despised and then, at some point, I imagine, relished again. I asked how he went about conveying a similar enough reality through the means of digital learning.

“I find that my strategy of leaning into the fact that we are quite seriously uploaded into Cyberspace as avatars — in many both literal and figurative ways —  is the ultimate method for success, at least with my teaching.” He continued: “If we can’t be in the physical classroom to connect as a crew of scholars, we must still do the very same but with our digital embodiments — the form or persona we take online. So I use the abounding software and digital tools we have available to us in order to provide our individual avatars the opportunities to meet, connect and grow together as if it were all in-person.”

When asked about his attitude towards the seemingly restrictive teaching template, Evan rejoiced in his ways, showing his versatility within the craft and ability to cater to an ever changing community landscape.

“I take advantage of the fact that we can change our screen-names on Zoom, letting students and myself establish cool or funny nicknames for one another in class and then don them with the same pride one would a username; I create assignments that ask students to write and post their thoughts on the given matter at hand in a discussion board that I’ve set up to be social-media style.” He explains, going so far as to include upvotes, or “likes,” and the ability to to comment and argue in a manner similar to Facebook or Tumblr.

Evan ended the conversation by reiterating his intention with his methods and proving that, while the time being has placed compromising factors in our path, there is still an effort to be made towards embracing remote learning.

Justin Bifolco is a sixth-year English Major with a minor in Journalism. JB933932@wcupa.edu