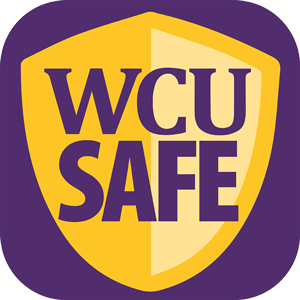 This week, the Department of Public Safety rolled out their newest measure to improve security and well-being around campus. While previous efforts have focused on addressing problems with on-campus solutions and programs, the DPS takes a new mobile direction with their efforts to promote campus safety with the release of WCUSafe, “the official safety app of West Chester University.”

The app, which was announced to students on Sept. 10, will supplement the existing programs on campus devoted to keeping students safe as they travel around campus alone and in other potentially dangerous situations. Beyond providing general information in the “Emergency Plans” and “Support Resources” sections about how to respond to emergency situations and where to find counseling, health, and Title IX resources, the app has several active tools for use by students, faculty, and other WCU personnel.

According to the FAQ section on the WCUSafe page, the app is meant to expand on existing safety programs like WCU Alert, which issues timely warnings about dangerous events on campus, as well as the BlueLight system, which was installed in the mid-2000s to give students a quick way to reach Public Safety in case of an emergency. The “Mobile BlueLight” option in the app imitates the bluelight stations; when activated, it sends the user’s location to the Campus Police Dispatch Center and begins a call with a dispatcher.

“Friend Walk,” another option provided within the app, will share the user’s location with a specified contact. This not only allows the user’s friend to track their progress home, but also gives them a button to start a call if the need arises. For users who feel as though the situation might call for more supervision than a friend can provide, WCUSafe also offers a Public Safety Escort, which is available 24 hours a day, to either call users over the phone as they walk home or dispatch a Public Safety officer to escort them in person. The last option, “Virtual WalkHome,” combines elements from the other two, letting a dispatcher track the user on their walk home and providing a button that will dispatch Public Safety to their location in an emergency.

The app was developed by public safety technology designer AppArmor Mobile, which has designed public safety mobile apps for several universities across the United States and Canada.

Brendan Lordan is a fourth-year student majoring in English and minoring in journalism. BL895080@wcupa.edu