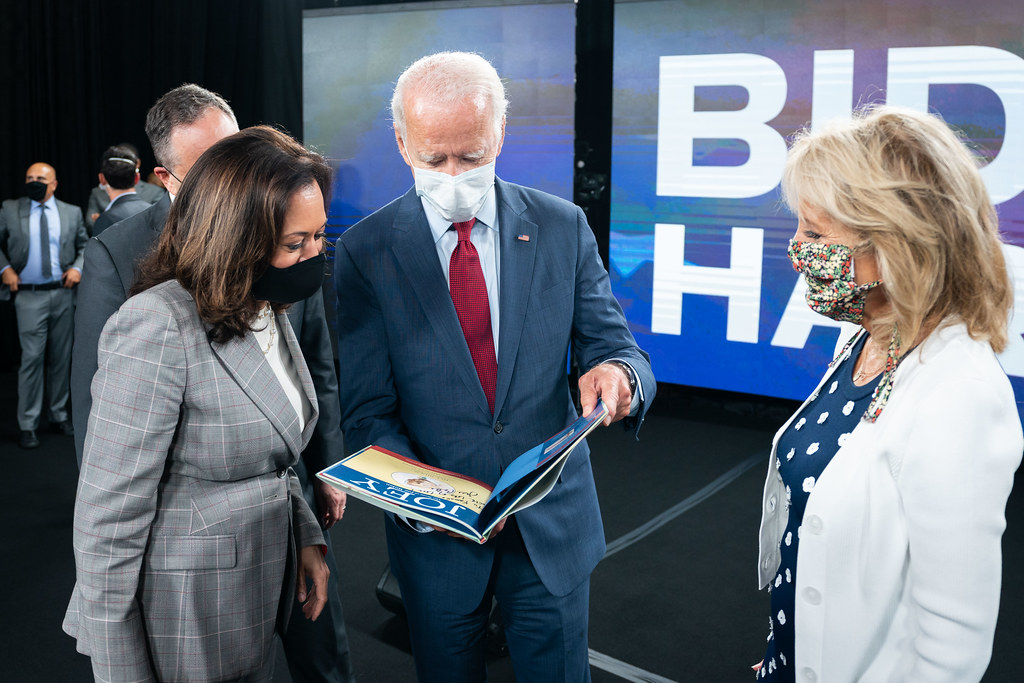 The Democratic National Convention was held August 17–20, closely followed by the Republican National Convention from August 24–27. These presidential nominating conventions determine the official party nomination as well as establish more in-depth party platforms as election day creeps closer. Under the duress of COVID-19, the conventions favored a hybrid model, though both placed different emphasis on in-person and virtual aspects.

A far cry from its original June set-up, the Democratic National Convention took on an entirely new format in 2020. Instead of convening in Milwaukee, thousands of delegates and politicians found themselves live streamed from the likes of Hulu, Facebook and Youtube. The city originally set to host this year’s convention became the production hub of four days worth of virtual events that have become a think piece as our nation tests the limits of virtual opportunity.

Each of the four convention days had a theme; “We The People,” for example, featured meetings and speeches that highlighted efforts for equality and unity. Every day saw distinguished speakers, like former First Lady Michelle Obama, Representative Alexandria Osacio-Cortez, and Biden’s recently announced running mate Senator Kamala Harris. Votes for rules, party platforms and credentials were submitted virtually prior to the event.

One of the main purposes of party conventions is to vote on a party platform, or a set of promises that the party’s candidate is expected to fulfill in office. The 2020 Democratic platform is viewed as moderate by some and radical by others, including, but not limited to, demands for raising the minimum wage, restoring nondiscrimination policies for LGBTQ+ citizens, and increasing the protection of indigenous lands. Large sections of the statement are dedicated to COVID-19 response, such as enacting financial aid and extending more affordable and accessible healthcare to those in deeply affected areas.

The Republican National Convention was held in a similar but not the same fashion. After debating moving the event to Jacksonville, Florida, a limited number of delegates and politicians preceded with some semblance of a traditional convention schedule in Charlotte, North Carolina. Though masks were required to enter and social distancing was encouraged, photographs and videos from inside the convention suggest that nothing was enforced.

Though the event had virtual options and installments, delegates still casted their presidential nominations in person. This is the first time that an impeached president has been nominated for a second term.

Similarly to the opposing party’s convention, each day had a theme; “Land of Heroes” and “Land of Greatness” were two such titles, aligning with President Trump’s recurring claims of support for the military and “making America great again.” The event hosted a number of high-profile speakers such as former U.N. Ambassador Nikki Haley, First Lady Melania Trump and White House Counsellor Kellyanne Conway.

In a controversial move, the Republican National Convention maintained the same party platform they drafted leading up to the 2016 election. In their resolution, the Republican National Committee responds to backlash by stating, “The media has outrageously misrepresented the implications of the RNC not adopting a new platform in 2020 and continues to engage in misleading advocacy for the failed policies of the Obama-Biden Administration, rather than providing the public with unbiased reporting of facts.” This party platform includes maintaining goals of reducing national debt, overturning the Supreme Court’s ruling in United States vs. Windsor (ie; gay marriage), and supporting legislation that requires all voters to have a form of identification at the ballot box. There are no statements regarding COVID-19.

Both conventions are just another landmark on the road to November’s election date. With many viewing this as an election of historical importance, the messages and even warnings from both parties have become increasingly serious. How these messages will be shared is yet another layer in this unique time. The first of a series of presidential debates is set to take place on Sept. 26 at Case Western Reserve University; whether the event will be open to the public has not been announced.