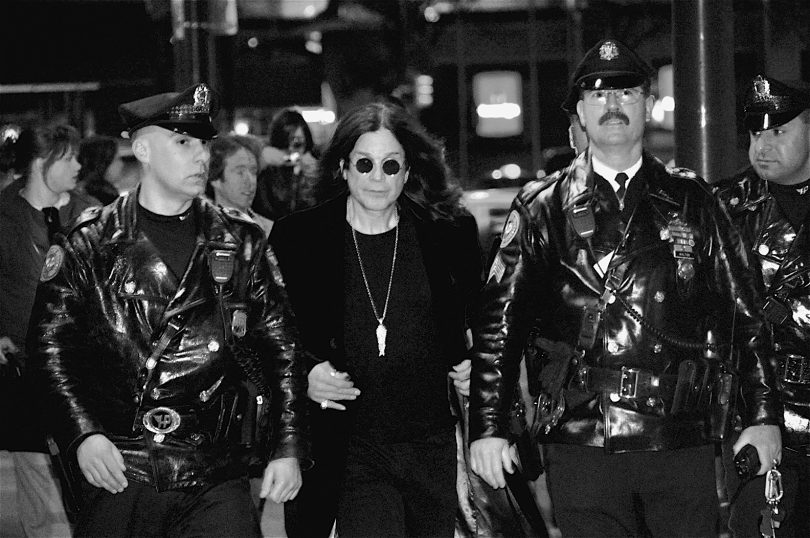 The ‘Godfather of Metal’ has returned with a vengeance. Following a 10-year hiatus, Ozzy Osbourne released his 12th studio album on Feb. 21 called “Ordinary Man.”

To say these past few years have been stressful on the “Prince of Darkness” would be an understatement. In January 2019, he suffered a brutal fall which forced him into a lengthy recovery. He was sent down a spiral of personal depression from which he could not have escaped without the help of his family and newly-discovered friend, Post Malone. In fact, he had been asked while still in recovery if he wanted to record with Malone on a piece to appear on the rapper’s new album. After recording “Take What You Want,” Osbourne seemed to find a new spirit that was kindled by his family and friends to make one emphatic finale to his legendary career. Featuring legendary musicians such as Slash, Elton John, Andrew Watt, Chad Smith and Duff McKagan, this final opus has exceeded expectations and is the former Black Sabbath lead singer’s most introspective work to date.

Leading off the album is the powerful anti-drug anthem, “Straight to Hell,” where he narrates as an addictive substance preying on his victim who will suffer “hell tonight.” This hard-hitting sentiment echoes his notorious past which was littered with days spent as the victim of the substance that poisoned his mind. Next comes another glimpse into his past in “All My Life”. Osbourne visits his younger self who questions his present state and asks if he will remain with the same reckless and dishonest habits that he so despises. This is one of a few on this album that Osbourne seems to be digging deep into himself and unleashing several demons who he must come to grips with as he passes the age of 70.

“Goodbye,” the album’s third track, begins with a very similar beat to that of Black Sabbath staple “Iron Man,” and then delves into a flurry of soul-mesmerizing guitar serenading which backs a quiet and regretful tone by Osbourne. This soon transitioned to a quicker more aggressive tone. The title track, “Ordinary Man” offers a ballad of a rocker who knows the end is near but wants to thank his beloved fans for everything. Joining Osbourne on this track are two other iconic rockers, Sir Elton John and Guns N’ Roses legend, Saul Hudson, better known as Slash. This fan favorite tells the story of Osbourne’s quick rise to fame and his fall from grace. Yet, through it all, Osbourne recognizes his fans’ loyalty and begs them to not “forget me when the colors fade.” A superb orchestra-backed farewell, “Ordinary Man” paints Osbourne in a picture that his fans will forever hold in their hearts.

“Under the Graveyard” describes the story of one of the darkest moments of Osbourne’s life as he found himself at the depths of his decline into near-death. Longtime fans might recall a time when the rocker spiraled out of control after his release from Black Sabbath and disappeared from the world for days, surrounded by his demons. However, “Under the Graveyard” shows us how he escaped the clutches of his demons. His future wife, Sharon, came to him in his hour of most desperate need and did not allow him to “die alone.”

“Eat Me” describes just what the title implies as the narrator shouts for an outside power to eat him in vintage “Ozzy” style. Transitioning from a harmonica solo into a strong bass, “Eat Me” has a very powerful introduction that captivates listeners from the start. The seventh track is titled, “Today is The End.” It reads as another introspective piece by Osbourne as his narrator notes the “black sun” and “red sky” surrounding him as he nears the inevitable end. Next is a catchy tune: “Scary Little Green Men” tells of an alien species living amongst humanity. Lines such as, “they’re silent, they may be violent,” beckon the listener to consider this work to be something past a story of aliens from outer space. Even if the piece means nothing beyond the story on the surface, the tune is played with what can, again, only be described as “vintage Ozzy.”

Next is my personal favorite piece from this album: “Holy For Tonight.” In this intimate track, Osbourne addresses his fans from the perspective of no longer the rocker, but the 71-year-old man who understands life is temporary. Backed by an emotionally charged string ensemble and an equally charged choir, Osbourne bids a final loving wave to his fans. Following this piece is a song featuring Post Malone which falls into the category of “chaotically awesome.” There is really no other way to describe the collaborative piece, “It’s a Raid.” This is the type of song that will be keeping neighbors awake, as all good metal artists love to create.

“The Prince of Darkness” now faces retirement along with several struggles, such as his continued recovery from his fall and his recently-announced fight with Parkinson’s disease. Fans of rock, metal and any other genre can not thank him enough for his inspiration and contributions to the world through his music and his legendary comeback from the depths of despair. When he lays his head down for the final time, Ozzy Osbourne can rest assured that he will be forever remembered as anything but an “ordinary man.”