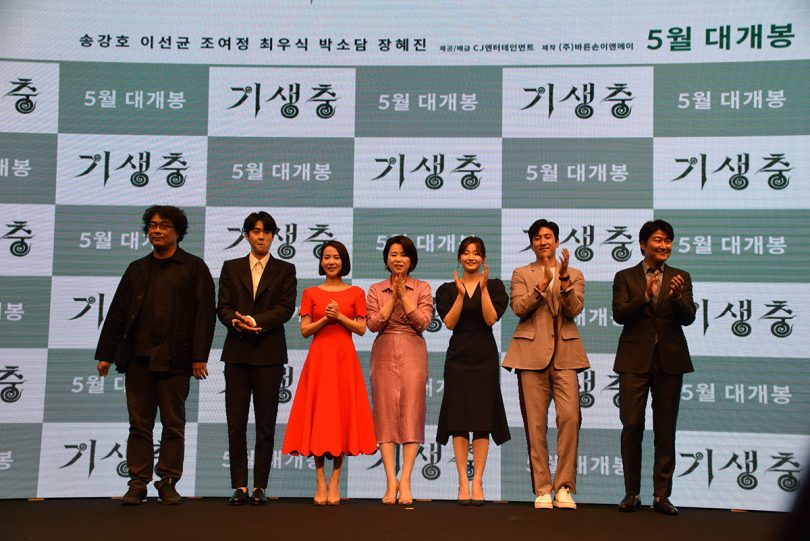 2019 was an all-around good year for movies, but something occurred to me after I finished watching “Parasite” for the first time. The South Korean film, by the now Academy Award winning director Bong Joon-Ho, has been the proverbial talk of the town among movie critics and filmmakers around Hollywood and the internet. Having seen “Parasite” today, I can say, without any doubt in my mind, that it certainly deserves all the praise it gets. However, this column is not a review for “Parasite” itself, but rather an important theme that is central to “Parasite,” and several other films this year: the theme of class division.

“Parasite,” “Ready or Not,” “Hustlers,” “Knives Out” and “Joker” have all been outspoken in their ideas about the divide between the working class and the bourgeoisie. “Hustlers” was about a group of exotic dancers scamming Wall Street suits for their part in the 2008 subprime mortgage scandal. “Ready or Not” follows a young bride-to-be from a working class background as she is hunted like an animal by her fiance’s rich family. “Knives Out” deals with a group of people from both sides of the class divide fighting over a dead author’s estate. “Joker” deals with a working class man beaten down by a late-capitalist society until he cannot take it anymore and fights back.

It’s not unusual for Hollywood and non-Hollywood screenwriters to craft narratives about class divides. Several big examples include such works like “Taxi Driver,” “Spartacus” and even “Titanic.” What is unusual is for many of these movies to be released within the same year. It is unusual for Hollywood screenwriters to be so vocal about the widening class divides in our society and for all of these films to feel so raw and relevant to how moviegoers feel today.

Years back, many Hollywood screenwriters, and by extension studios, were afraid of making movies that were too outspoken about the divide between the rich and the poor for fear of being blacklisted. Even after the Hollywood blacklist ended, in the neoliberalism era, it seemed as if studios weren’t interested in making such movies with an emphasis on lass divides, possibly out of fear of being “too controversial” and hurting box-office winnings.

However, since we now have been living in an era of late capitalism, arguably since 2008, Hollywood screenwriters have become more and more bold. Does this mean that all Hollywood screenwriters have been reading Marxist theory for the last few years? Probably not, but it may be because of something that has been central to all forms of art since the time of the ancient Greeks and beyond. That is, all great works of art can be seen as a parable of the times they were made in.

Hollywood movies often act as an opiate for the woes of our daily lives, but some movies prefer to stay as close to real life and current events as possible. These movies act as a parable to our lives and the problems we face, even if the names and locations may be changed. Such movies can be uncomfortable because they remind us of what’s wrong with the world, but in a way, it’s important that they do. We could stick our proverbial heads in the sand with escapist fantasies, or force ourselves to look at the harsh truth about our world.

Each of the films this year have been forthright in their ideas about what’s wrong in the world in ways that we can’t help but agree with, sometimes in subtle ways or as loud as a bomb. “Parasite” acknowledged that while the upper class may be cheerful and friendly, they inadvertently see the lower classes as little more than robots. “Joker” makes a strong case for treating social services as important for the working class and respecting people suffering from mental illness. “Hustlers” acknowledged that there was no serious punishment for people responsible for the 2008 subprime mortgage scandal. Finally, “Ready or Not,” although an exaggeration, correctly pointed out how the bourgeoisie often profit of the suffering of the lower classes.

These movies about class struggle have got all of us talking and thinking about one of the biggest issues of our time. All I can say to these screenwriters is to keep up the good work!