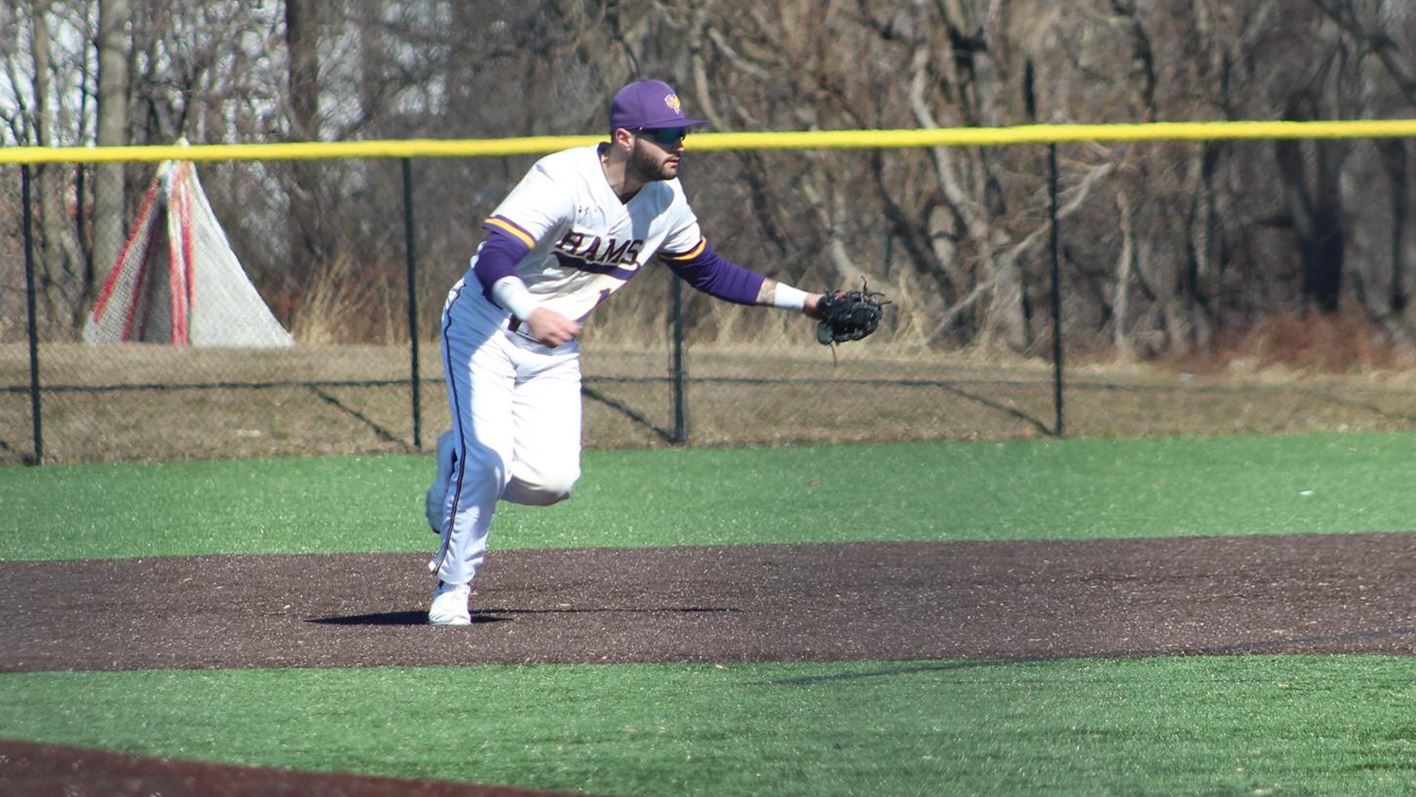 This past week, our Golden Rams Baseball team ended up with a solid 3-1 record on the weekend. They won three out of the four games with their two doubleheaders, sweeping Thomas Jefferson University on the Sunday card while splitting with the College of Saint Rose the day prior. Leading the charge with a total of six runs and eight at bats against Jefferson was SS Justin Horn, racking in a solid two and three run totals against the Jefferson College batters, which gave pitchers Braeden Fausnaught and Tyler Forbes their first wins of the season.

Against the College of Saint Rose, we saw a complete blowout in the first of two games, as Horn kicked off the run party with a grand slam and four total runs, LF Zach Wright and RF Drew Jarmuz also putting up stellar performances with four runs and two RBIs each before getting into a tight game later on last Saturday afternoon, unfortunately falling 7-5 in extra innings later that night. Looking ahead to the home opener, West Chester returns to Serpico Stadium and faces St. Thomas Aquinas College in yet another doubleheader.

Both West Chester and St. Thomas Aquinas have had a rather high run history, as they’ve faced one another a total of four times to date, dating back all the way to Feb. 28 2016. The historical record against St. Thomas Acquinas is split 2-2, with the run differential of 25 to 23 in the favor of the visiting team. This will also be the first time West Chester has hosted St. Thomas Aquinas College, as the past four meetings have been on the road in Virginia and New York state. Last time these two powerhouses faced off in April of 2018, St. Thomas Aquinas took the victory with a finishing score of 12-8, causing West Chester to go into this exciting matchup with a two-loss streak against the college.

This should be an exciting, high-scoring bout that we have for our weekend baseball, as PSAC Athlete and Atlantic Region Hitter of the Week Nick D’Amore comes in with a hot hand at a .643 batting average and going five-for-five in each of the doubleheader games with two home runs and drove in 14 runners over the course of this past weekend.

Looking ahead to this coming weekend, West Chester begins their grueling road trip from March 6 to March 13, against Franklin Pierce University and Indiana University of Pennsylvania in Cary, NC. Afterword, come show your support for our Golden Rams when they return from their road trip on Wednesday, March 18 in the Bill Giles Game against Thomas Jefferson College at Serpico Stadium here on South Campus. Go Rams!