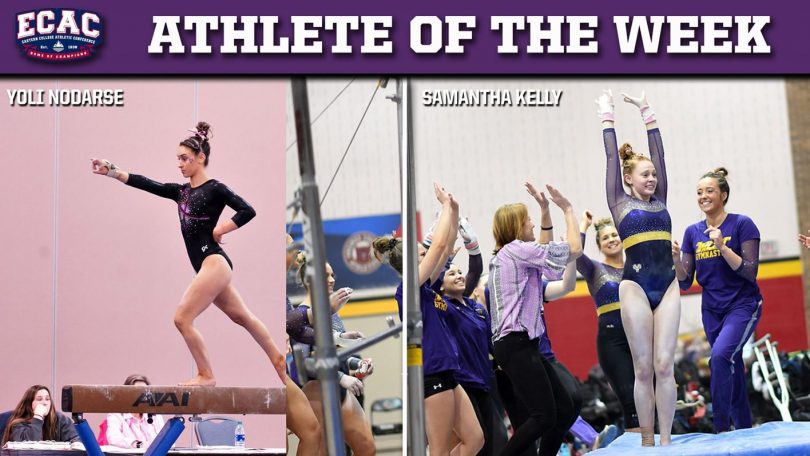 Looking into post season, gymnastics works a little different than most sports. The Golden Rams are involved in another division that involves all six Division II teams in the country as well as Division I teams that do not have fully funded programs. In order to qualify to nationals, teams must be placed in the top eight within this USAG Division. Last year, the Golden Rams finished in the eighth spot, and they secured their spot as a team to nationals at the ECAC Championships. This was only the second time in program history that West Chester had qualified as a team. The Golden Rams are currently sitting in fifth place in the USAG Division with three more meets left to the season. They are looking pretty good at the moment, but it is really anyone’s game until the very end.

The Golden Rams are hoping to qualify as a team again this year, and they are hoping to be very competitive while they are there. Nationals is a three-day competition. On the first day, the top eight teams compete in two different sessions: four teams versus four teams. How and when each team competes depends on the seeding going into the meet. The top two teams from each session advance to the team final competition the very next day. On the second day of competition, the national champions are named. The Golden Rams are not only hoping to qualify as a team to nationals this year, but they are also hoping to make it to team finals for that second day of competition. If the Golden Rams are able to put together a meet, they could have a chance at doing so.

When asked about the feel of the team right now and how they feel about the rest of the season, head coach Barbara Cordova stated, “I think the team is setting themselves up very well in order to fight for a conference championship as well as qualify to the national championship and perform well. The team works very well together, and they have put a strong team effort in every week.” Assistant coach Steph Plaugher stated, “The team feels very unified right now, and it is amazing to see how invested they are in each other. Confidence is continuing to build each week and excitement for the remainder of the season is growing. After today’s meet, we are currently ranked fifth with one more day of competition left to determine the full weekly rankings. If we keep putting in the work, success will come. I am so proud of what this team has accomplished so far this season, and I know there is more to look forward to!”