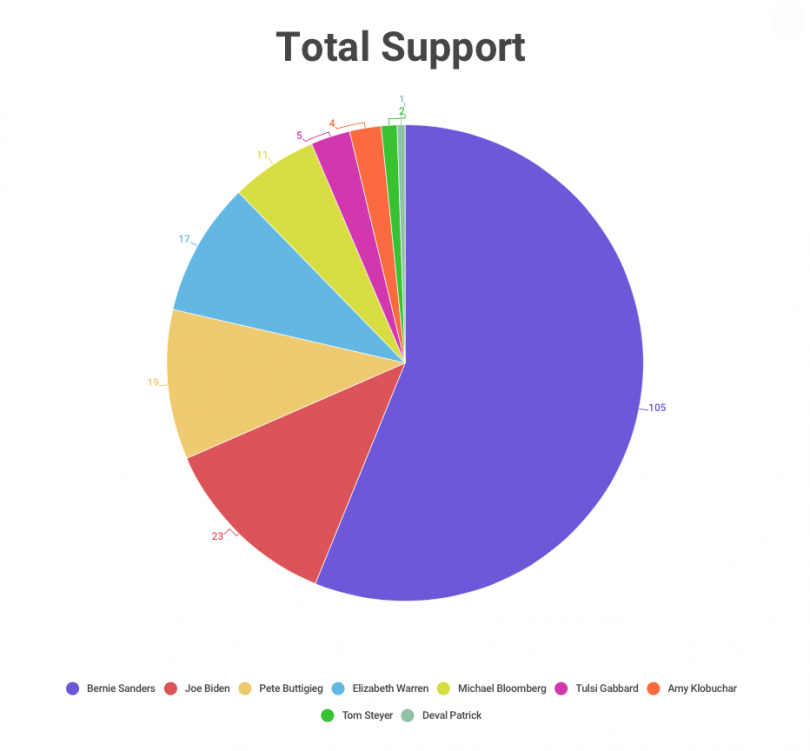 The poll also asked respondents which Democratic primary candidate they believed had the best chance of defeating President Donald Trump in November’s general election, and responses to that question provided some interesting results.

35 students responded that they believed Joe Biden was best fit to defeat Donald Trump— up 12 from the number who said they preferred him as a candidate, and the equivalent of 19%. Pete Buttigieg and Michael Bloomberg also saw greater numbers in the responses to this question: Buttigieg with 25, Bloomberg with 17— both an increase of six.

The number of respondents who believed Bernie Sanders was best equipped to defeat Trump dropped to 98, down seven from the number who support him – though that number still constitutes a majority of respondents (52%). Elizabeth Warren also lost some of her supporters when they considered this question: 10 believed she was the best candidate to send against Trump, a loss of seven for her.

The Quad’s primary poll tracked information in regards to respondents’ personal identity as well. Only 30 of the polls 187 student respondents chose a racial or ethnic identity option besides “White”— an under-representation of the school’s population of people of color (one the poll will strive to rectify in future iterations). However, of those 30 respondents that were people of color, 21 – 70 %—  listed Sanders as their top choice for the Democratic nomination.

Sanders’ domination is even more pronounced among LGBT+ respondents. Of the 52 students who identified themselves under the LGBT+ umbrella, Sanders was supported by 38 – 73%.

Interestingly, LGBT+ students who responded to the poll have somewhat different ideas about who is the Democrat with the best chance of defeating Donald Trump. While Sanders still leads, he does not hold a majority — 48% of LGBT+ respondents believe he is the candidate with the best shot at winning in November. It is former mayor Buttigieg who comes in second on this question among LGBT+ students; the only openly gay candidate in the primary race finds that 29% of LGBT+ students at West Chester believe he is the Democrats’ best hope to retake the White House.

It could be assumed that, because of Sanders’ performance among respondents overall, he performs well across all gender groups, and that assumption would be correct: while he holds a majority among both cisgender men and women, it’s the men in which he sees a greater share of support, with 67% of cisgender men responding that they support the Vermont senator (as compared to 55% of cisgender women).

11 of the poll’s 187 respondents said that they identified their gender expression as transgender men, transgender women, nonbinary or another identification that was not cisgender. Of these individuals, 8 or 73 % said they supported Sanders. 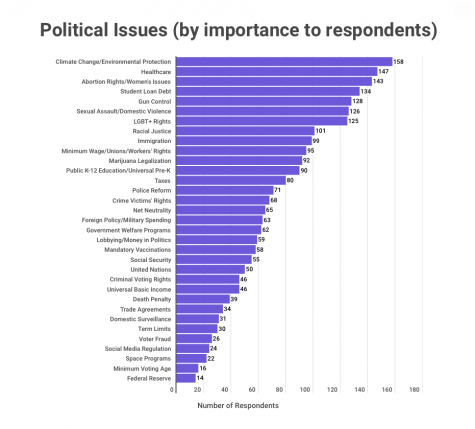 Having historically performed well with the age group sampled in this poll, Senator Sanders’ support in the Quad’s first political poll is not, at face value, surprising. However, the poll reflects changes in the national electorate since 2016— more support for Sanders among voters of color, women and LGBT+ individuals.

The Quad will conduct another Democratic primary poll after spring break in March.

Kyle Gombosi is a fourth-year student majoring in music: elective studies and minoring in journalism. KG806059@wcupa.edu