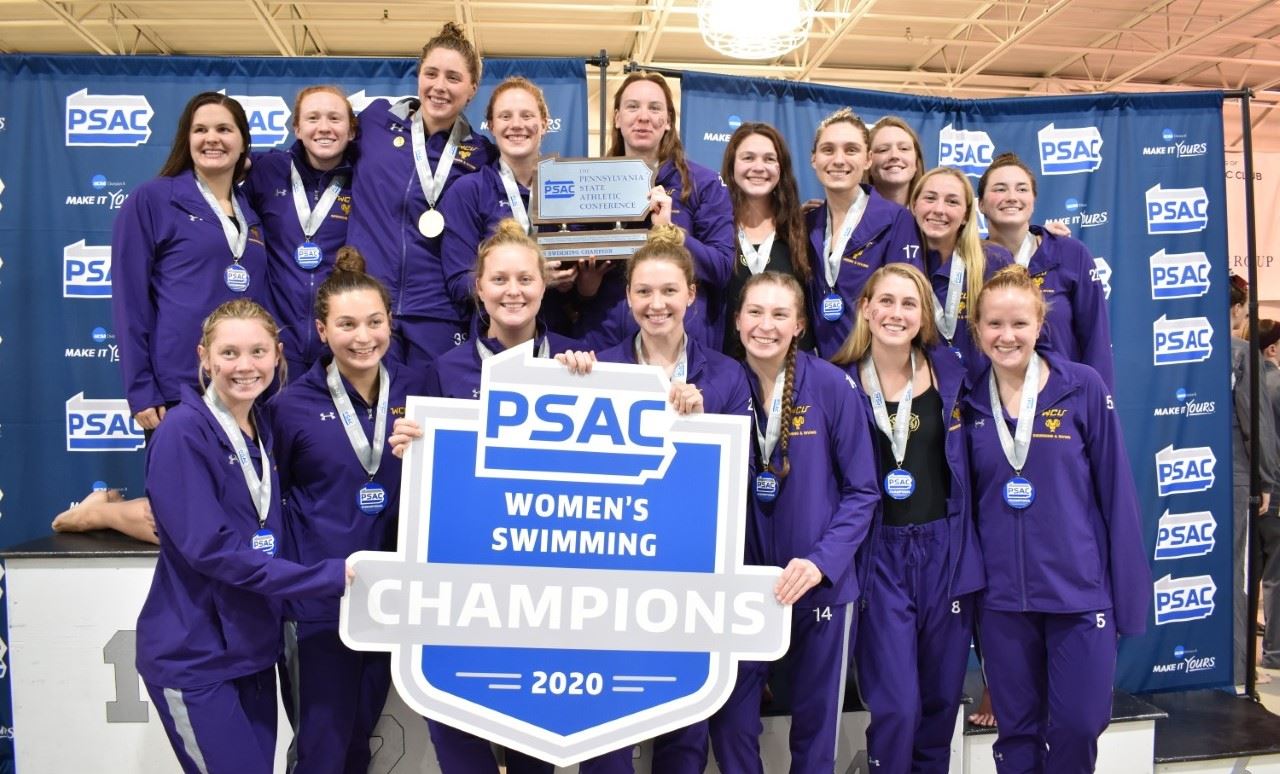 The Golden Rams won the four-day, 12-team competition by scoring an eye-popping 1,714.5 points, outscoring second-place Indiana University of Pennsylvania by 575 points. WCU has scored at least 1,700 points in each of the last four years at PSACs.

WCU senior Georgia Wright (Donaster, England) capped off her final PSAC meet by taking gold in the 1,650-yard freestyle in 16 minutes and 23.71 seconds.

West Chester freshman Callie Paff (York, Pa. / Central York) excelled in her first PSAC Championship meet in her hometown. On the final day she won the 200 breaststroke with a time of 2:03.98.

West Chester’s next competition will come at the NCAA Championships in Ohio from March 11-14.