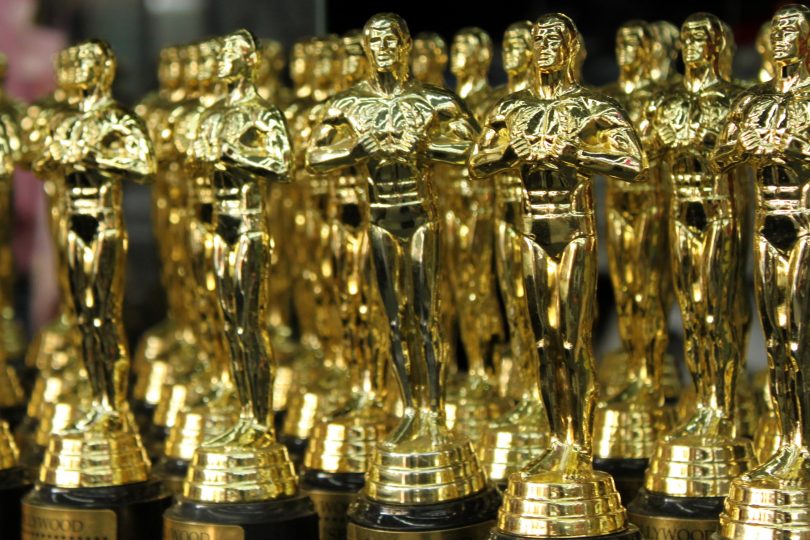 This year’s Oscars ceremony was filled with many surprises, for the good and the better: with unexpected wins and snubs, as well as fantastic performances, fun-filled moments with each of the presenters and the most important win that the awards show has ever seen.

With the second year of having a ceremony with no host, the ceremony opened with Janelle Monáe breaking into a rendition of “Won’t You Be My Neighbor?” along with Billy Porter singing “I’m Still Standing” by Elton John, clearly representing “Rocketman” in this opening number. The performance also included an array of background dancers dressed as various characters from Oscar-nominated movies such as “Joker” and “JoJo Rabbit,” as well as non-Oscar-nominated movies like “Midsommar” and “Us.” It was upbeat and a great way to kick off the night.

A refreshing change of pace was the lack of political talk in the ceremony this year. The hot topic over the past years’ Oscars has been the exclusion of African American nominees, which is clear if you look at the history of nominees over the years. I do believe that there should be more diversity within the nominee pool, but it is a breath of fresh air to not be bombarded with politics every chance we get, and just have a night to celebrate Hollywood’s best movies it has to offer, and even some not from Hollywood, but we will touch on that later.

There were many deserving wins that you could see from a mile away in my opinion. Some of the standouts include Joaquin Phoenix for his portrayal of Arthur Fleck in “Joker,” Roger Deakins for Best Cinematography for “1917,” and Jacqueline Durran for Best Costume Design for “Little Women.” Joaquin Phoenix made himself known right when promo began to release for “Joker,” and his performance was brilliant. No surprise from me with this more than deserving win. “1917” has been a strong contender for this award even just watching the trailer, and from what I have seen, it is truly superb. Best Costume Design is my favorite win as I have adored “Little Women” since it was released. I am glad it is receiving the recognition that it truly deserves.

Some wins this year were flabbergasting, and I do not know at all how these decisions were made. Some of the disappointing wins that occurred were Brad Pitt for his role of Cliff Booth in “Once Upon a Time in Hollywood,” Laura Dern’s role as Nora Fanshaw in “Marriage Story,” and Sir Elton John’s Best Original Song win for “(I’m Gonna) Love Me Again” from “Rocketman.”

Truthfully, I had foreseen the win going to Tom Hanks for his portrayal as Fred Rogers in “A Beautiful Day in the Neighborhood,” as his performance was unforgettable and will be added to the long list of his most iconic roles. It was sad to see all of the other nominees snubbed. I would have been pleased if any of the other nominees won instead of Pitt.

Dern’s performance in “Marriage Story” was just underwhelming. I had almost forgotten she was in the movie at times, and her role could have been played by anybody, I did not feel that she added much to the movie with her performance. I was rooting for Florence Pugh once her Oscar nomination was announced; she gave a stellar performance as Amy March in “Little Women,” and the scene alone where she confesses to Laurie her concerns that she has to marry a man in order to live and that it is not a choice, deserved her the win. Pugh is without a doubt a force to be reckoned with and is so amazingly talented. I am certain we will see more from her at the Oscars in coming years.

The final win that made no sense to me was Sir Elton John’s win for “(I’m Gonna) Love Me Again” from “Rocketman.” Don’t get me wrong, I found the song to be great and a fun melody to dance to, but it sounds like any other song on his discography, and I felt that they only gave them to him because, of course, he is THE Elton John. Just from the performance at the Oscars alone, I felt that “Stand Up” by the lead actor in “Harriet,” Cynthia Erivo, deserved the win. The song is so powerful and for such a powerful woman that the movie focuses on, I felt that it was almost a slap in the face to not give it the win.

Overall, I felt that “Marriage Story” was not given the credit that the movie deserved. As a child of a broken family, my personal connection with a story such as this could influence my bias, but I found Adam Driver and Scarlett Johansson’s performances mind blowing and not deserving of the criticism they received online.

Billie Eilish and her brother Finneas gave a fantastic in memoriam performance of The Beatles’ famous song “Yesterday.” The segment included late Oscar nominees and winners including the recently late Kobe Bryant. I am a big fan of Eilish and it was exciting to see her at such a big event such as this.

The biggest moment of Sunday night was “Parasite’s” big Best Picture win, the first South Korean film and first foreign-language film that has won the award. I believe that this will set precedent for future Oscar ceremonies, and we will see more diverse films winning big awards such as Best Picture and Best Director. This shows the diversity that the Oscars are beginning to bring into their award shows as well as to the winners.

The 92nd Oscars ceremony was filled with deserving wins, as well as some surprising ones. With a less political ceremony as well, I believe that the Oscars are on their way to having better and better ceremonies as the years go on.