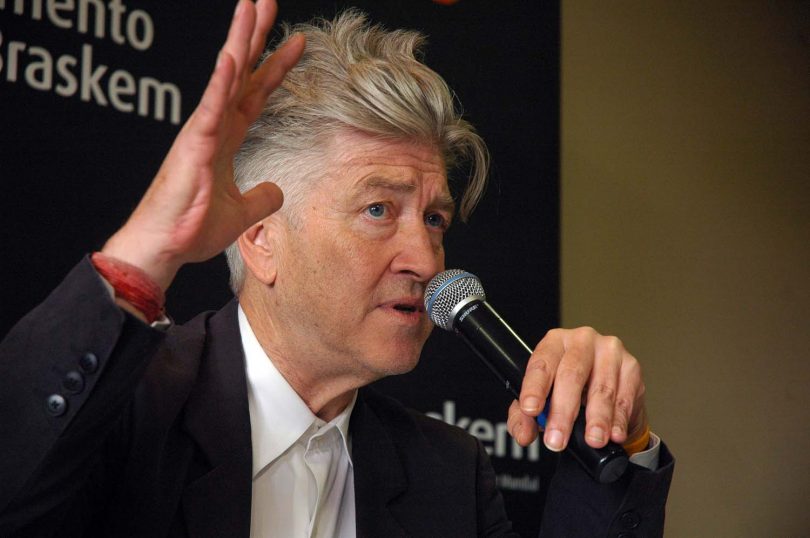 Have you fallen ill with the flu before? I have. Your fever spikes, your body erupts into unbearable chills and shakes, and your muscles are sore and achy like you ran a marathon the day before. When your fever finally breaks, you awake in a cold sweat, shivering and tossing beneath the covers of your bed with a sense of bewilderment and dazed confusion, wondering how something so visceral could ever happen to the human body.

This is the precise experience of watching David Lynch’s short Netflix film, “What Did Jack Do?” Initially released at the Fondation Cartier pour l’Art Contemporain in Paris on Nov. 8, 2017, the film was released to Netflix on Jan. 20, 2020.

While I’ll admit that I’m not familiar with Lynch’s work, I know that his typical direction for film lays in his use of the strange and surreal, which often results in films that are equally bizarre as they are intriguing and borderline disturbing. “What Did Jack Do?” is no different. The entire film takes place in one, small train station, cutting back and forth between Jack and the detective, played by Lynch himself.

The short film is relatively simple in its plot if one can even consider the movie to have a plot at all; a tormented, emotionally-wrought monkey is interrogated for murder by a detective at a train station. Shot in black-and-white, the noir-style of the film pays homage to the classic crime films of the 1950s, although that’s where the comparisons end.

The film’s dialogue only ever makes sense according to the last line that was spoken, and if you’re familiar with the 2012 YouTube star “The Annoying Orange,” that’s exactly how Jack’s (the monkey) mouth moves when we see him speak. He speaks with a raspy, pre-recorded voice that sounds distant and gruff, almost as though listening to somebody talk from another room. I think it’s the only time I’ve ever gotten a headache from listening to a character talk during a film.

As the detective continues to throw questions his way, we get to know the intricacies of Jack’s life even more — including his passionate love affair with Tootabon, a hen, played by herself in the film. As the film comes to a close, he sings a ballad of passionate love in her honor before he confesses to murder and is taken away by the police.

I think it’s the only time I’ve ever gotten a headache from listening to a character talk during a film.

What I appreciated most about the film was the way it made me believe there would, at some point, be some grand twist or explanation for the film’s bizarre dialogue and strange setting, only to reveal that there is nothing more than meets the eye. The humor in the film comes from just that: the uncomfortable anticipation that feels like something moving just beneath the skin. Maybe I’m just not familiar enough with Lynch’s work — but I’m sure anybody who appreciates his filmography will love “What Did Jack Do?” all the same. While I would describe the film as nothing short of jarring and completely nonsensical, it was certainly not a waste of my time.

Samantha Walsh is a fourth-year student majoring in English and special education.  SW850037@wcupa.edu