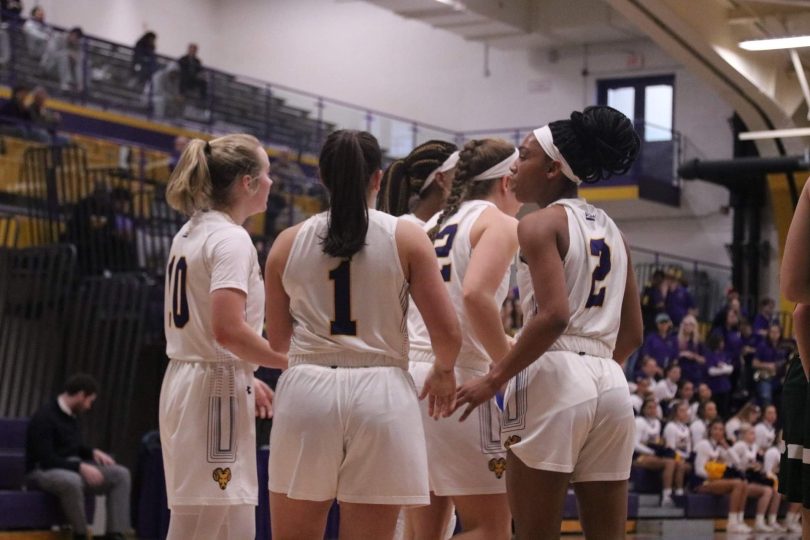 It has been an up and down season for basketball here at West Chester. Not just one, but both WCU teams are searching for their identity in the tough PSAC conference. With only six games left, it’s time to make that final push into the playoffs.

For our men’s team, it has been a tale of two halves so far this season. The first half, perfect, literally. The second, not so much.

For the first time in program history, the Golden Rams started the season 13-0 and they found themselves ranked nationally at No. 8 for their performances. The men’s team make their way in the national rankings a lot, but they haven’t been ranked as high as No. 8 since 1983.

On top of being a nationally ranked team, WCU also has a player putting up numbers with some of the best in the country. Earlier in the season, the freshman guard from Australia, Robbie Heath, led the nation in freshman scoring in Division II. Heath has filled the stat sheet all season as he leads the team in scoring with 22.2 points per game. The “Aussie Assassin,” he calls himself, exploded for 37 points back in November and put up 28 point and 20 rebounds in December against Mercyhurst. Heath played a huge role in the team’s early success.

When the team suffered their first loss in January against Shippensburg, their struggles began. They won their next game but after that, they went on a five-game losing streak — all coming from PSAC opponents.

With a current record of 15-7, 9-7 in the conference, the Golden Rams still hold the second-place spot in the PSAC East. Despite their recent struggles, the team still has a chance to finish the season strong and host a playoff game in Hollinger Fieldhouse.

On the other hand, our women’s team still hasn’t been able to find their rhythm. They struggled early and haven’t quite been able to turn it around yet. They hold a record of 8-13, and 6-10 within conference play.

Senior Alexis Anderson and freshman Leah Johnson have been leading the way, both putting up double digit points per game.

Anderson returned to action this season after missing 23 games last season due to injury. Her return came in a thrilling upset over No.22 ranked Glenville State College back in November.

The Golden Rams went up against the Pioneers in their second game of the Carol Eckman Memorial Classic to start their season. It was a back and forth showdown as the game came down to a missed shot at the final buzzer and the Lady Rams managed to come out on top 99-96.

Anderson put up a career-high 25 points in the victory and couldn’t have wished for a better return to the court.

With a win earlier in the season against Lock Haven University, head coach Kiera Wooden secured her 100th win and became the fastest head coach in program history to surpass the milestone.

Wooden hasn’t missed the PSAC playoffs in her six years as head coach and with six games remaining in the regular season, the Lady Rams will need to play their best basketball for a spot this year.

Tyler Jefferson is a fourth-year student majoring in communications and minoring in journalism. TJ876163@wcupa.edu