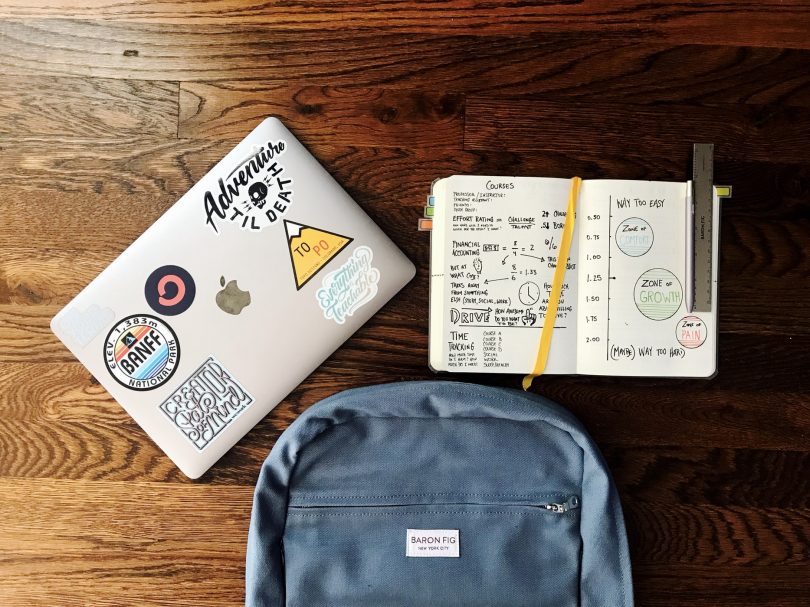 Image: “Back to School Essentials” by Matt Ragland via Unsplash.

Colleges for the most part, are very diverse institutions. The students we see walking around campus each come from different backgrounds and walks of life. Each person functions a different way. Some have different responsibilities than others. So why is there a stigma with young college students, a stigma that is centered around laziness and entitlement – t­­he notion that we depend on others too heavily and we are selfish? All of these false misconceptions stem from television and films depicting the young generations that follows the previous one to be immature old children. One misstep is due to our lack of something that an older person somehow automatically possesses. College students are labeled as a whole due to the assumption of just a few.

There is a belief that all college students rely on money from their parents in order to survive. They do not work and just lay around skipping each class as the money is dropped into the bank account. That is not true at all. Do parents help? Yes, but it is more of a partnership than a dependency. According to a report, parents footed an average of 29% for the costs of college tuition. College students try to earn their own money rather than looking for handouts. Another reports says about 40% of undergraduates work at least 30 hours a week. Then there are the students working jobs on campus as a tutor or desk assistant. This young generation of college students are very hardworking and determined to be independent regardless of the public perception.

The concept of college students not focusing on academics as much as partying is very misguided. Older people believe that the youth are eager to drink alcohol once they step foot on a campus and push the academics to the side. This is once again a false narrative, one that comes from the stereotypical R-rated teen films or the stories that are passed down by your family members. A survey produced by the University of California, Los Angeles, detailed students’ high school habits and their initial perspectives and experiences at college. It found the lowest self-reported rates of alcohol and cigarette use in 30 years among first-year students at four-year colleges and universities. Last year, the survey showed 18% of students were spending at least 16 hours a week socializing and more than 41 % said they did not party at all. This generation is not captivated by the party lifestyle as much as we think. Academics is at the forefront now.

Is partying still an aspect of college? I would be naive to say that partying is completely ignored. That pastime will never become obsolete, but the perception has never truly matched the reality. Certain schools are known as party schools, but those are exaggerated. I remember when I first decided to attend West Chester University, so many people would tell me that “it is a party school and you won’t like it there.” I was nervous to think that I would be surrounded by alcohol as I was a huge introvert at the time. Then I get here and it is just a normal school with partying going on, but nothing outrageous or over-the-top. The same was said for every school someone wanted to attend: “be careful, it’s a party school.” That is not true all the time. There are schools with parties, not just simply party schools.

College students get a bad rap from older adults. The labels given to most college students are not fair. Yes, there are outliers who fit the mold that most people see, but it is not everyone. Each person has different responsibilities and different backgrounds. Not every student can afford to party so frequently as their studies become more important. There are students that receive no help from family members financially and have to fend for themselves to pay for school. Each person in this world has selfish or immature tendencies regardless of age. College students are responsible, hard-working adults.

Noel Guerra is a fourth-year communications and media and cultures major minoring in journalism. NG868106@wcupa.edu

The traditions of smelling the turkey in the oven, playing a football game in the yard and watching the Macy’s Thanksgiving Day parade on TV all make for a perfect holiday. ...

Dear West Chester, I wanted to write today as a means of responding to our last issue’s headline article, “Barstool Video Causes Outcry.” To start, I’m nothing but proud of the...

Image: “The White House” by David Everett Strickler via Unsplash. It’s been a non-stop whirlwind of criminality when it comes to the Trump administration. From...