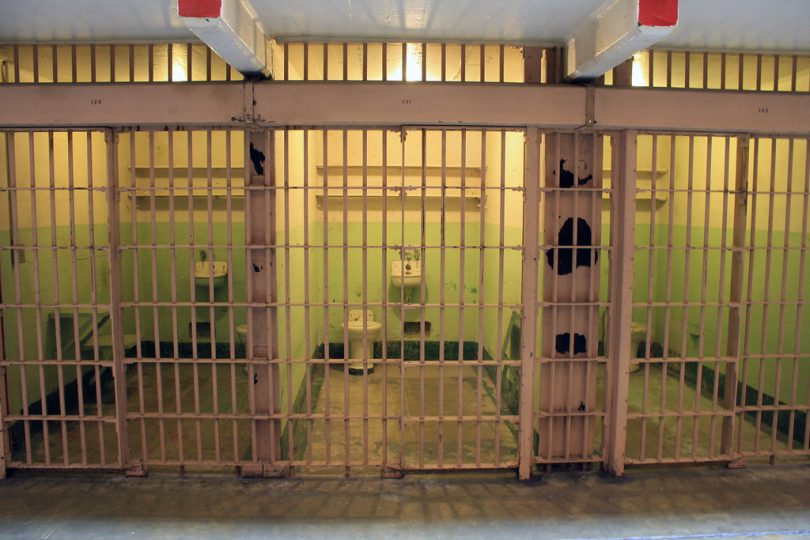 Desmond Tutu stated, “If you are neutral in situations of injustice, you have chosen the side of the oppressor. If an elephant has its foot on the tail of a mouse and you say that you are neutral, the mouse will not appreciate your neutrality.”

I am a prison abolitionist, and I am anti-police. You read that right. I don’t believe prisons should exist, and I strongly feel that the current system of policing is inherently violent, terroristic, racist, sexist, cissexist, heterosexist, classist, xenophobic etc. Having said that, I absolutely have nothing to offer other than frustrations and criticisms about the incident that happened on or around Nov. 2, 2019.

Two West Chester PD officers were captured arresting someone and one of the officers are seen punching the person being taken into custody.

A person who’s trained and expected to handle high-stress situations reacted very violently and unnecessarily to a person already on the ground, one proposing no threat to their or anyone else’s wellbeing.

I do not care if anyone thinks the person was resisting arrest, or if anyone thinks West Chester PD was just doing their job, because the bottom line is the officer’s actions were violent and they need to be held accountable. I use the term inherently violent with conscious intent. To understand the nuances of current policing and the slavery that is the prison industrial complex, we need to look back at history. After all, it always repeats itself.

The Fugitive Slave Law and the lynchings of Black people during reconstruction are parallels with today, with the War on Crime/Drugs a.k.a. the War on Black people being the direct cause of mass incarceration.

The Fugitive Slave Law of 1793 essentially meant that any Black person could be captured and arrested and/or formerly enslaved regardless of if they were free or not. Moreover, a person could be fined for not turning someone in. The abrupt and random invasion of Black free or enslaved people during the Fugitive Slave Act era is very similar to modern-day “Stop-and-Frisk.” Stop-and-Frisk is meant to be a “brief, non-intrusive stop” according to the Legal Information Institute at Cornell Law School. Police are supposed to have reasonable suspicion and cause for these stops. Unfortunately, many people have been racially profiled and then harassed, abused, wrongly arrested, assaulted and murdered during these “brief, non-intrusive” stops.

The lynchings during the Reconstruction Era were turned into family events where ruthless, racist white people would gather around, chanting and rejoicing at another Black person being hung. They would take their children, carrying them on their shoulders as if they were watching a circus act with real animals instead of white men animalistically tying a noose around someone’s neck, dragging them to their final resting place. The victims would be left for days, as a reminder to all the other Black people to remember how to act and remember their place in the world.

Today, victims of police shootings are seen on social media live videos bleeding out while an animalistic cop is explaining how they feared for their life. People watched as Eric Garner said he couldn’t breathe 17 times. Mike Brown’s body was left in the street for four hours. Atatiana Jefferson was killed in her own home. And just like during the Reconstruction Era, the government does nothing to change this and white people all over the country watch in silence. Some watch with disregard as their abhorrent racism comforts them during another night of sleep, because they know that while it could be them − it rarely ever is them.

Plantations still exist, they just look like big buildings with bars inside and the masters wear badges now.

The Equal Justice Initiative stated on their website that the “United States has 5% of the world’s population but nearly 25% of its prisoners.” And this isn’t by accident: Look at “The War on Crime/Drugs” a.k.a. the War on Black People. In 1980, the U.S. prison population was under 316,000. As of 2016, it’s 2.3 million people. Most of these people are black and brown and are in prison for nonviolent drug offenses.

According to the ACLU, the Fair Sentencing Act reduced the sentencing differences between crack and powder cocaine from 100:1 to 18:1; however, this still means that Black, brown and poor people are being sentenced at higher rates. We all know that cocaine was and is an “elite” drug; crack is cheaper and found in poor, Black and brown neighborhoods. The reason I called the prison industrial complex slavery is because the prison system arose as a new racial caste system, creating a space for white supremacists to place Black and brown people once plantation slavery had ended. Plantations still exist, they just look like big buildings with bars inside and the masters wear badges now. They refuse to this day to allow us to be free, truly free, so they rely on racist laws and policies to imprison Black people and keep us there.

The belief that we need criminal justice and police reform is a grave injustice simply because the system of policing and criminal justice is acting exactly how it was intended to. Reform, meaning change, sounds nice and sometimes we have to accept it since prison and police abolition is too radical for some folks. However, if we are working to reform while we build to abolition, we have to move forward with the acknowledgment that there is no neutrality, no silence and every police officer must always be held accountable for their actions.

If an officer can’t work under pressure and stress, they don’t belong on the force. The reason I have no hope or belief that the officer involved with the incident described above will be held accountable is because within a historical context he did nothing wrong. Regardless of the fallacy of “protect and serve,” police were created to be violent and terroristic. Yes, the person in custody looked white, but someone’s whiteness only goes so far when standing toe-to-toe with abusive, supremacist and violent power.

Nahje Royster is a fourth-year student majoring in  women’s and gender studies and minoring in African American studies. NR852569@wcupa.edu