Frowning on the Browns’ Season: a look at week 10 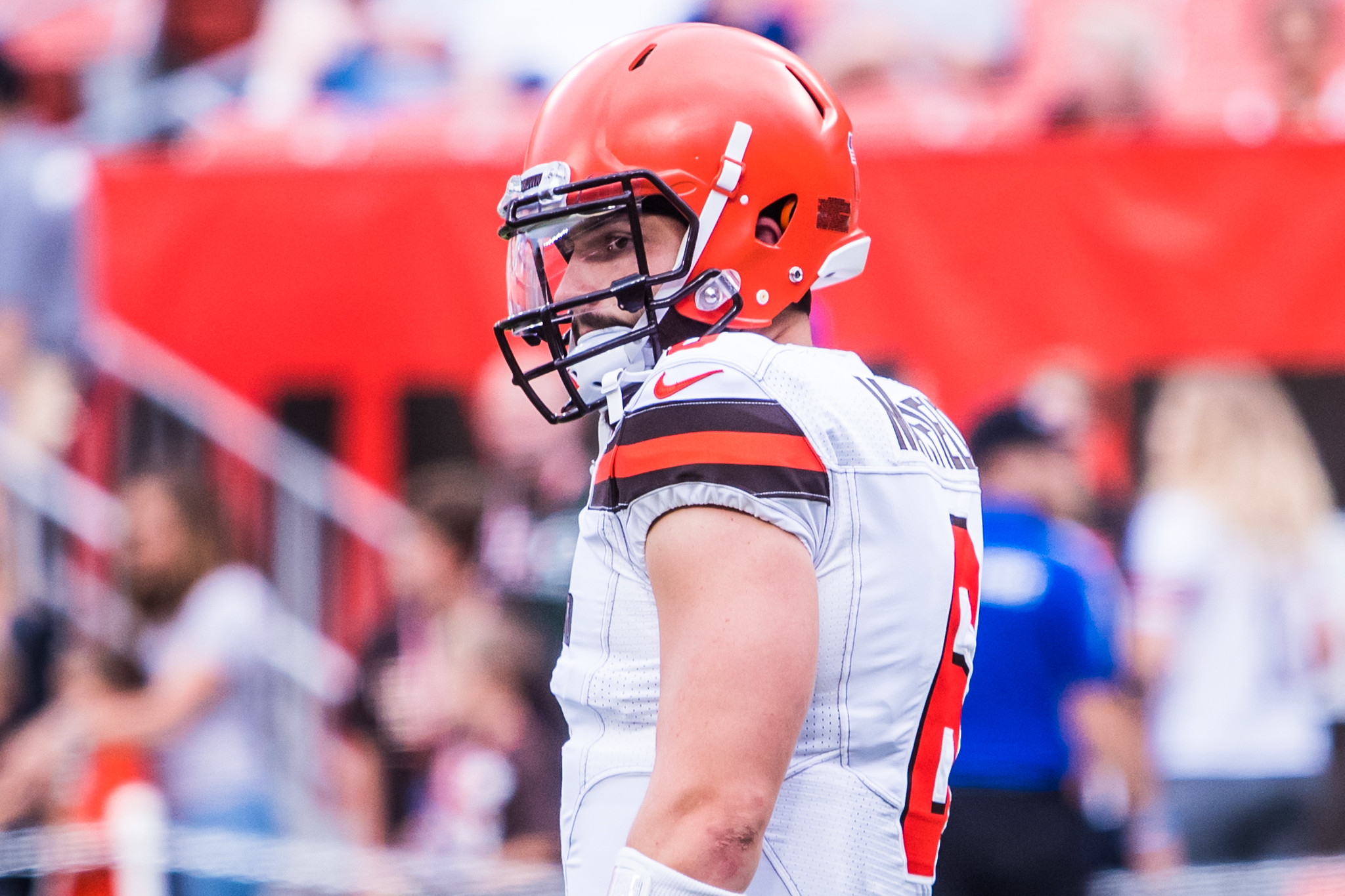 Photo: “Baker Mayfield” by Erik Drost is licensed under CC BY 2.0.

Per Gary Davenport, there is good news for Cleveland: “the Browns are favorites to win the AFC North.” This line was taken from pre-Week One analysis of the NFL. Talk was varied, but on average, outlook had Cleveland going anywhere from 9-7 to 12-4. You can say what you will about the dangers of bandwagons and over-hype, but surely hundreds of well-paid football analysts couldn’t be wrong. Spoiler alert: they were. If Freddie Kitchens has anything to say about it, the Browns are not going to live up to expectations.

As of now, Cleveland stands at 2-6, and their once-hyped offense has fallen to the back of the pack. Much of this is due to the poor performance of Baker Mayfield. Number six is tied for league first in interceptions thrown at 12 in just eight games, (Jameis Winston is the other 12 interception QB; however, he nearly doubles Mayfield in almost every other passing category, including touchdowns).

Next to the disappointing sophomore is his similarly disappointing veteran receiver, Odell Beckham Jr. The former Giant has been drowning, with only one touchdown reception and a measly 58.2 catch percentage. Across the board, the Browns’ offensive front has been meager. Defensively, they have been marginally better, standing 16th in the league in “yards allowed per game.” Simply put, things truly have not panned out the way Cleveland thought they might. Even a perfect season from this point on would likely not constitute a playoff position.

At this point, the only things that Mayfield and Kitchens have left to defend might be their paychecks. Then again, every team goes through slumps and when a team looks as good as the Browns do on paper, it’s almost impossible for that much talent to go to waste. Expect another busy offseason in Cleveland and another year of high hopes.

The Continuing Ballad of Antonio Brown

If your eyes aren’t already rolling at the sheer mention of Antonio Brown’s name then you, dear reader, clearly haven’t been keeping up with football for the last several months. As much as it pains me to fuel continued media coverage, Brown has, unfortunately, been making headlines again. Ever since being released by the New England Patriots following sexual assault allegations, Brown has been a helter-skelter of social media activity. With no league rules or team image to hold him back, the former Steeler has been able to go off. The newsworthy event behind all of this, however, is the way in which he has exploded. Brown spent almost a month cursing out the NFL, calling it a crooked organization that was “making money off [his] sweat and blood.”

That comment was taken from a tweet by Brown on Nov. 7. Less than 24 hours later, that tweet was taken down, and in its place was a message seemingly filled with repentance in which Brown claims to be “frustrated… with the false allegations” against him. He also claims that he is “determined to make [his] way back to the NFL asap.”

Whether or not he feels any true remorse for his actions is an entirely different story for a different day. All we know for now is that Brown seems to want back in the league. The question now is this: is there any team desperate enough to take him? Seeing as Brown is in no place to bargain for a specific city, at any point anyone could call and ship him in. Assuming they didn’t care about nine years of dramatic baggage, this new city would be getting an elite receiver with a history of success. Sadly this likely isn’t the last installment in the Brown saga, and only time will tell where the story goes next.

Matthew Shimkonis is a first-year student majoring in history. MS925373@wcupa.edu