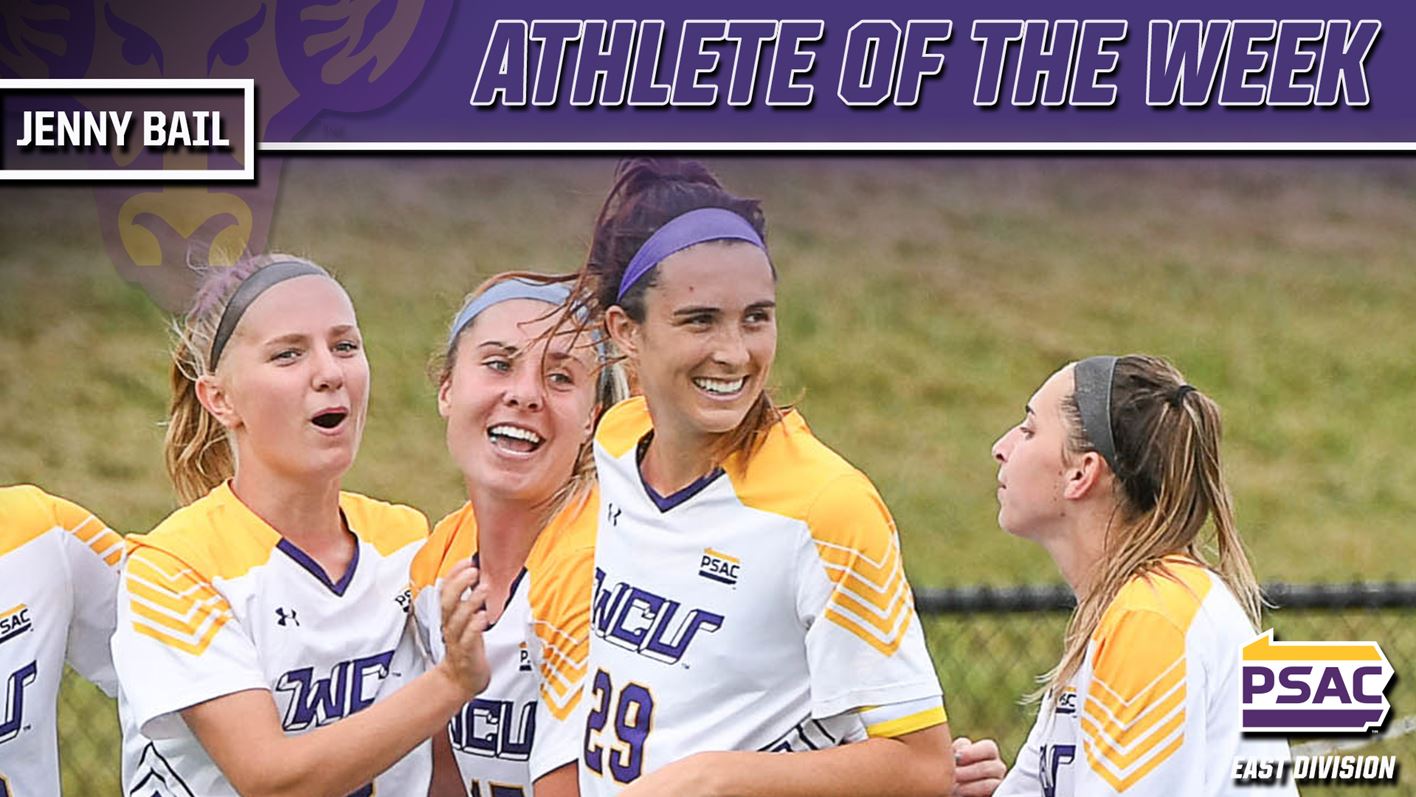 “Maybe a third of the way into the season, we were playing Bloomsburg away. There were 10 minutes left and we were losing. I had someone come in after I kicked it on the play, and [it] came across my body and slammed against my knee, blowing it outward.”

Across the table from me at Ram’s Diner in West Chester, Bail recounts the injury that shortened her previous season with WCU’s Women’s Soccer team.

“While we were trying to figure out what the injury was, there was talk about the possibility of red-shirting,” the senior midfielder says, “But when we found out it was my LCL, we got to focus on my recovery, and I came back to play in the playoffs.”

Hindsight, especially considering her return for the playoffs last season, allows for a less sour memory on Bail’s part. But she still vividly remembers how it felt to be sidelined while the rest of the team continued their campaign.

“It stunk. Especially seeing the team go out and play big games. It was rough.”

If you’ve been to Rockwell Field while the WCU Women’s Soccer team is playing, it’s possible – nay, probable – that you’ve noticed a certain #29 out on the field. Yes, team captain and senior midfielder Bail is one of the tallest players on the team, but more striking is her gritty, hard-working performance, resulting in involvement in nearly every crucial play WCU’s squad executes during a match.

“Just in the physical aspect, she knows how to use her body to keep the ball, it’s basically glued to her feet,” says Bail’s co-captain and roommate, Maddie Baxter. Baxter is the most fitting person to give some insight into Jenny’s talents on the field.

“She has all-around good vision and a calmness about her when she’s playing,” she tells me. “You would never be able to tell if she nervous.”

But Baxter isn’t the only individual with praise for Bail; Women’s Soccer coach Betty Ann Kempf Townsley lauds her player’s “ability to cover ground, her confidence with the ball at her feet, and her energy.”

“She’s difficult for other players to mark,” Kempf Townsley adds. “I think her leadership over the past two years, especially this year, and her confidence, have been real strengths in her play.”

I asked Kempf Townsley about the injury Bail suffered last season and how she handled it, and the answer took me by surprise.

“She was positive through it, because she came out to practice every day even though she couldn’t play,” Kempf Townsley told me. “And she was very supportive of her teammates throughout that time.”

It requires a certain amount of dedication and resolve to remain so involved with a team through a personal injury, which is impressive enough – but on top of that, Bail seems to have an attitude of inspiring humility.

This is the first thing Bail tells me when I ask about her inspirations. Later on, she naturally mentions Mia Hamm as someone she looked up to; however, it’s the people in her life that have helped her get to where she is that she admires and appreciates the most.

“[Her] parents, definitely,” are two more people she feels motivated by. She adds, “I think a lot of parents support their kids like this, but knowing they’re always going to be there at a game supporting me is really awesome.”

Their motivation seems to have helped Bail come back this season after her injury: after scoring only three goals during her shortened junior season, she currently has five in 2019 – just one short of her career high of six from her sophomore season in 2017.

And while her performance on the field is awe-inspiring, and soccer is quite a large part of her life, she has aspirations beyond the sport after graduation: as a finance major, Bail has “always dreamed of working with a non-profit of some sort,” managing their funding and, ideally, working for a good cause.

“Kickstarting my own organization would also be fantastic,” she says.

Even when she moves on from playing the sport herself, however, Bail knows it will always be a part of her life in some way.

“I’m excited to do things like have kids and support them through the same thing,” she says, looking forward to fostering an appreciation for sports in her own children just as her parents did. With regard to how soccer has affected her life, she says, “[It’s] changed how I look at opportunities. [It’s] opened many doors both in my education and in my personal life, and taught me that through hard work, anything is possible.”

“I’ve learned that when an opportunity arises, I have to run at it and give it all I have,” Bail concludes, “because it might not come again, and I shouldn’t take a single one for granted.”