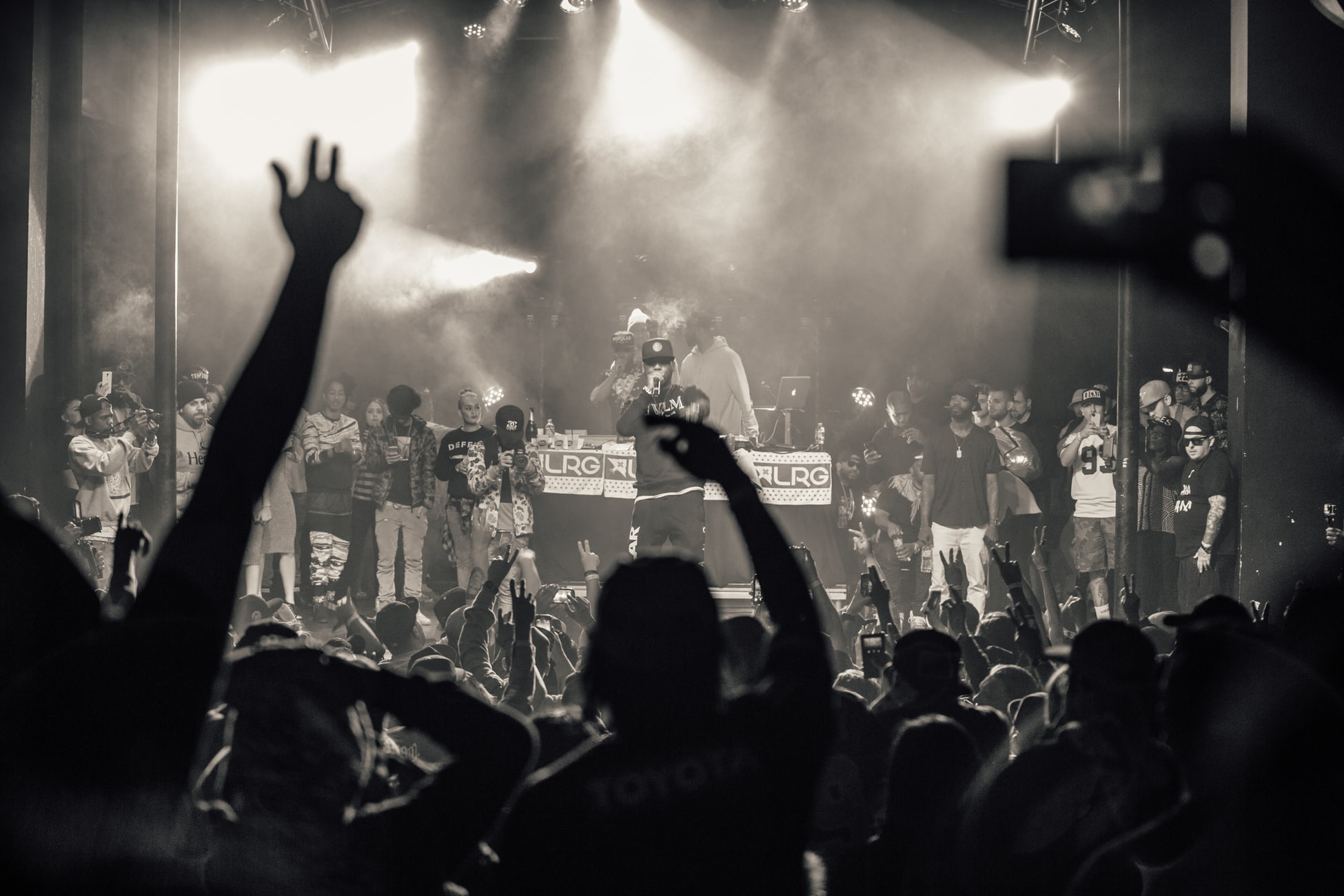 Hip-hop music has been around for over 40 years. The beats, the rhymes and the swagger that makes up the holy trinity of hip-hop has now been officially recognized as the most popular genre of music. That does not mean that the controversies and reputation it brings have been erased. Even with it being at its absolute peak, the genre receives flak for the content that is produced. The sex, drugs and violence make up another trinity, but not a holy one. It is one that is centered around stereotypes and undertone racism. No, I am not saying that hip-hop never talks about drugs, sex and violence, but there are reasonings behind those controversial topics.

The Black Youth Project revealed that 58% of black youths and 23% of white youths listen to hip-hop daily, while the Journal of Adolescent Research published a survey showing that 72% of the youth (17-21) who listen to rap music are in fact influenced by it. Why is it that when rap music is influential to a younger audience, there is a negative feel? When you see that statistic, you might automatically assume gang violence or drug use as the prominent influence. That is just a microcosm of the truth. There are positive and negative influences. Instead of listening to a song discussing drugs and simply thinking that the youth is going to glorify it, maybe it is a warning sign for the youth to not engage in such heinous activity. This is how I always perceived rap music.

In the urban section of Philadelphia, rap music was the go-to music choice for all of us. I started off listening to big acts, such as Kanye West and Jay-Z, but there were locals that lived not too far from me that were making it big discussing the life they lived. Way before someone like Meek Mill came onto the scene, Philly had Beanie Segal, Freeway and a slew of other gritty rappers. They were talking about a life I knew I never wanted to live. I understood that lifestyle so much more and it hit me as a warning to do better. School, I knew for me, was the ticket out, but for some like the rappers I previously mentioned, they were stuck in the system. Drugs and hip-hop were their lifelines to get out of poverty. They talked about police harassment and the dangers of gun violence, which made me more aware of my surroundings, especially a lot more than someone at a desk trying to conjure up a negative formula to attack the music I love.

Now the argument can be talked about in today’s new era of hip-hop:. that the youth is listening to incoherent and nonsensical music. They are mumbling and not even rapping. That is just a lazy argument that older people like to present. Old school rapper and icon, Daryl McDaniels of Run DMC, spoke about the state of hip-hop claiming it is the “most stupid and ignorant time in its history.” Furthermore, he talked about how artists should follow the footsteps of their predecessors, “We need groups that look like Migos, rapping like De La Soul. […] We need a guy that looks like Lil Wayne talking like KRS-One. We need a rapper like Drake making records like Chuck D of Public Enemy.” Right there lies the problem. Artists should want to be their own version rather than someone else. The other problem is that there are artists that are similar to the ones Daryl McDaniels talks about. They are not just on the radio, but have a massive following. It is so much easier to access music, so the bigger rappers do not need to discuss every political issue. Music should be broad and range in a whole number of ways rather than limiting to a few boxes for them to use. When you say that hip-hop is ignorant, to me that is saying that this generation of listeners are ignorant.

The youth of today is more diverse and more aware than ever before. You walk on West Chester’s campus and find so much hip-hop inspiration. You see people wearing Chance the Rapper hats or Kanye West’s sneakers. Hell, I am wearing a Nipsey Hussle shirt as I write. You walk into a dorm room and see posters of their favorite rappers hanging on the wall. The big point here is that all of these people are in college. They are at a great university furthering their education for a career of their choosing. Hip-hop did not steer them into the pitfalls that those rappers illuminated. We all listened and enjoyed, but realized we were more fit for a different life. I love going on the shuttle with my headphones in, and yes I said headphones and not AirPods, jamming out to my favorite artists who might be talking about selling drugs as I go to a journalism class.

Noel Guerra is a fourth-year Commucations and Media and Culture major minoring in journalism. NG868106@wcupa.edu