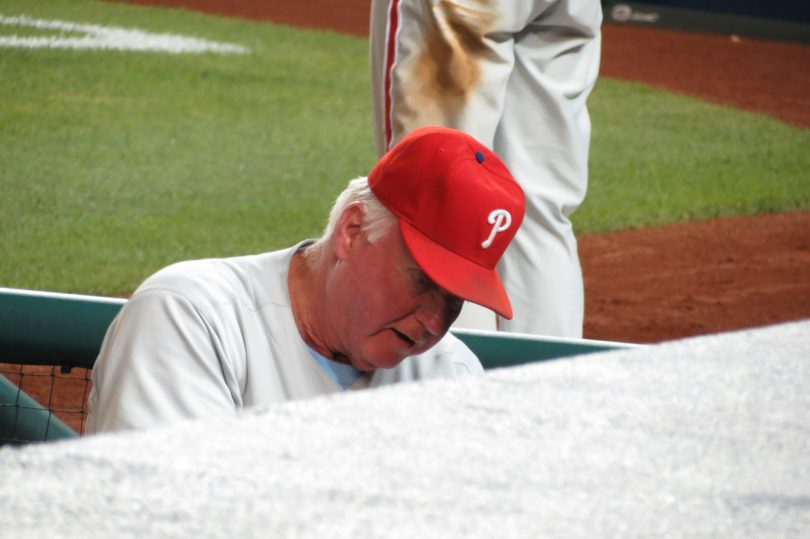 Photo: “Phillies vs Nationals 8/1/12″ by Matthew Straubmuller via Flickr

So, what in the world happened to the Philadelphia Phillies this season? In the spring, the hype was through the roof. The Phils began with a hot start with a quick three-game sweep of the Braves in that first weekend in March, before going to split the first series with the Nationals, taking one at the fan-proclaimed “Citizens Bank Park South.” As the months of April, May and June went along though, the team began to de-stabilize.

We ended up losing RHP David Robertson to elbow surgery that ends up leaving him out until 2021, and another devastating loss in veteran outfielder Andrew McCutchen, who in June suffered a torn ACL after a crucial error by shortstop Jean Segura. Besides the obvious injuries, the Phillies have played at a decent .500 record range over the course of the summer, and ultimately, here they are in September, a team that holds 79 wins and 80 losses, in danger of falling deeper into the clutches of the losing record once again.

In the past month, the Phils have played 25 games (not counting the final Marlins series this past weekend), and in that span, they ended with 10 wins and 15 losses over this month. That’s abysmal performance when trying to be in the hunt for a Wild Card spot, and that marks the second year in a row that the Phils collapsed in late August and September, with last year ending in horrific fashion against the Braves. Not only that, but manager Gabe Kapler had a wild summer of managerial duties, with fans calling for his head not only last year, but this year even more.

The Phillies…have a lot of reflecting to do.

After majority owner John Middleton and general manager Matt Klentak spent the full purse and more for star players like Bryce Harper, Segura, J.T Realmuto and McCutchen, it seems the team’s overall staff have let down the city of Philadelphia once again. For the past seven years, the Phillies fell off the path of glory in which they had been on since the 2006-07 season, and this is the first decade in which the Phils have not been in the World Series once since the 1970s.

What Kapler and the rest of the staff have done, besides recent returnee hire Charlie Manuel as the hitting coach, has been atrocious in all forms possible. What the fans have gotten in return for the undying love for this team and baseball in general is absolute mediocrity. That goes for everyone not named Harper and Realmuto, because besides those two, the rest of the squad was underperforming except for the ones on designated injured reserve. This is one of the quickest falls from grace that I’ve seen a team go for in any sport, from being thought of as a definite playoff team in April and May to a sluggish failure ending in a current six-game losing streak, and being just swept in a five-game series to the Washington Nationals this past week.

If I were the Phillies, I would take a serious look at the coaching staff and see what changes can be made, because the fans of Philadelphia won’t wait for this team to return to glory. Philadelphia has always been a football town, and for a period of time the Phillies were the team to go see. But now, they surely have a lot of reflecting to do about this season, and where they went wrong.