Where’s your tuition going?: the changing face of West Chester 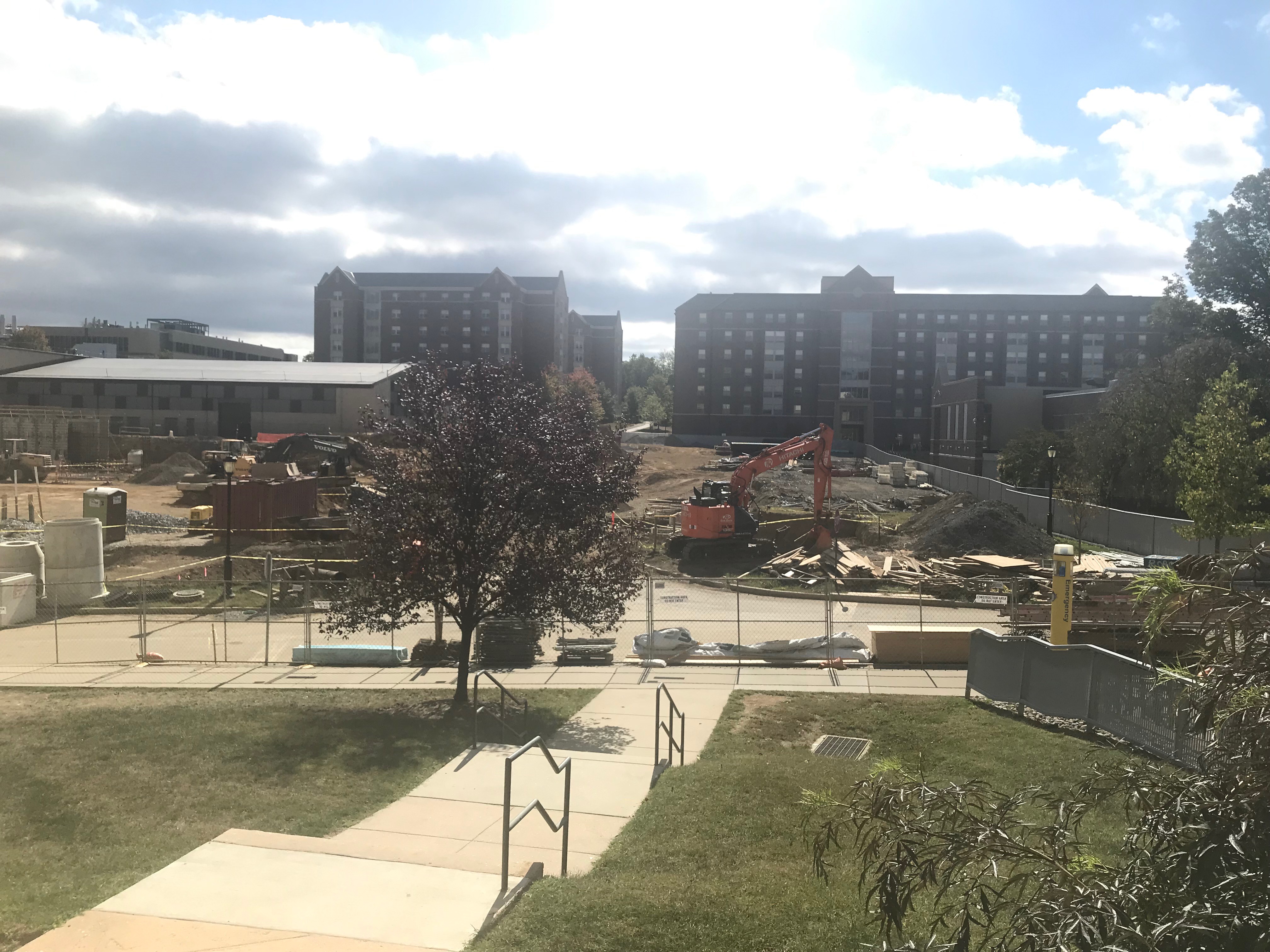 As WCU’s landscape continues to change with the construction of a new academic and recreational area outside of Lawrence Dining Hall, the university approaches the end of a 10 year construction plan designed in 2010.

For students who struggle to find parking following the demolition of D Lot, construction which interrupts the daily commutes of West Chester residents and as only a year remains until the plan is scheduled to finish, the ongoing projects raise a few questions about what has actually been done and what is left to do. New students especially may find it difficult to understand the scope and demand for these new buildings and renovations – especially when the most comprehensive document detailing the university’s construction plan is a 246 page proposal written by STV Architects, the private company hired by the university.

The plan features a number of new buildings, renovations and structures, which cost an estimated $231.7 million to construct. In all, the plan proposed 26 projects to be completed or be underway by 2020, ranging from the renovation of the gallery area in Mitchell Hall ($0.1M) to the construction of The Commons, an “academic and main dining services venue to house Psychology Department and College of Health and Sciences” ($69.4M).

Among the projects already completed are the site demolition and construction of the new Business Public Affairs Center, which added 50,953 square feet of academic space to West Chester’s campus. The BPAC, which was second to the upcoming Commons in terms of cost, was estimated at $42 million, serving as the new home for the College of Business and Public Management. Other projects have included overhauls or renovations of preexisting spaces, such as Anderson Hall, Wayne Hall, the current Veteran’s Center at 624 S. High Street and the now-post office at 887 S. Matlack Street. Among the more widespread projects from the one to five year plan is the geothermal system that provides heating and cooling for 12 major buildings on campus. The heat exchange system, one of the largest of its kind worldwide, allowed for the demolition of the now defunct coal-fired boiled plant in the future location of The Commons. 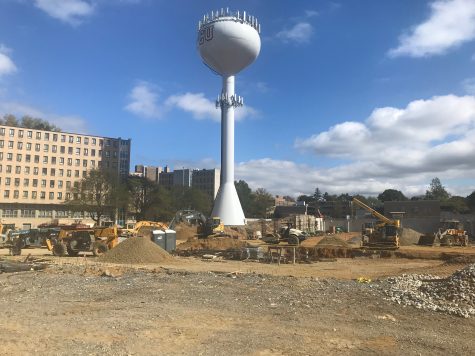 As a solution to the lack of parking felt heavily in recent years by an increasing number of West Chester students, the university’s plan describes three new parking garages. One of these, at the intersection of South New Street and West Nields Street, was completed in 2013 and holds 450 cars. Two more garages, planned to be built behind Sykes Student Union and at the site of the new Commons space, are supposed to hold 450 and 600 cars respectively. While some university funding goes toward the construction of these garages, the plan describes most of the money for these projects as coming from “auxiliary funding” (funding spent with the intention of making money) and parking fees. This may indicate that, like the garage on New Street, these lots could have limited parking passes and charge students per hour. While the plan did not detail the rates of these new garages, the New Street garage, their closest equivalent, charges $1.50 per hour and a maximum of $9 per day. The plan did not detail construction costs for the New Street or Sykes parking garages but estimated the auxiliary and parking fee funds needed for the 600-car garage in the Commons to be around $40.6 million.

The largest of the projects currently in process is The Commons, a multi-use area being constructed in the area previously occupied by D-Lot. Within The Commons, the science and engineering departments will find a new home in a new 176,000 square foot academic building. According to an April article published by the university, the “$130-million facility will be home to the University’s rapidly growing health science curricula, physics and the new biomedical engineering program” and is set to open its doors sometime next year. The Commons as a whole will include many services and resources found throughout campus in a more accessible location to on-campus housing. The area is set to include a large dining hall as well as communal resources like meeting rooms, an auditorium and a ballroom.

Although most of the plan’s projects have either been completed or just begun, some still have yet to break ground. The face of Rosedale Avenue is set to change, not only with a 60,000 assignable square foot expansion to Sykes Student Union but with the construction of an academic support building at 30 W. Rosedale Ave. This 10,000 square foot building, set to contain “offices for the Vice President of Advancement, Sponsored Research, Social Equity, Public Relations, Cultural and Community Affairs and Conference Service,” would centralize these support groups into one location near Swope Music Building. Further renovations are planned for Ruby Jones Hall, Anderson Hall and both library buildings. Physical book stacks from F.H. Green Library will be stored in the Old Library, making room for new student gathering and study spaces.

The university’s efforts reflect a rapid increase in enrollment over recent years; the number of students at WCU has grown by over 2,100 in the nine years since the construction plan was proposed. While the plan addresses many of the academic and social demands created by the increasing number of students, it notes specifically that “no additional on-campus student housing is planned at this time” and makes no mention of increased mental health capabilities on-campus. The university’s plan for expansion beyond 2020 remains to be seen, but with rising enrollment giving no indication of slowing, where WCU chooses to allocate construction resources is more important than ever.

One thought on “Where’s your tuition going?: the changing face of West Chester”