Feminism won’t matter if the planet is dead 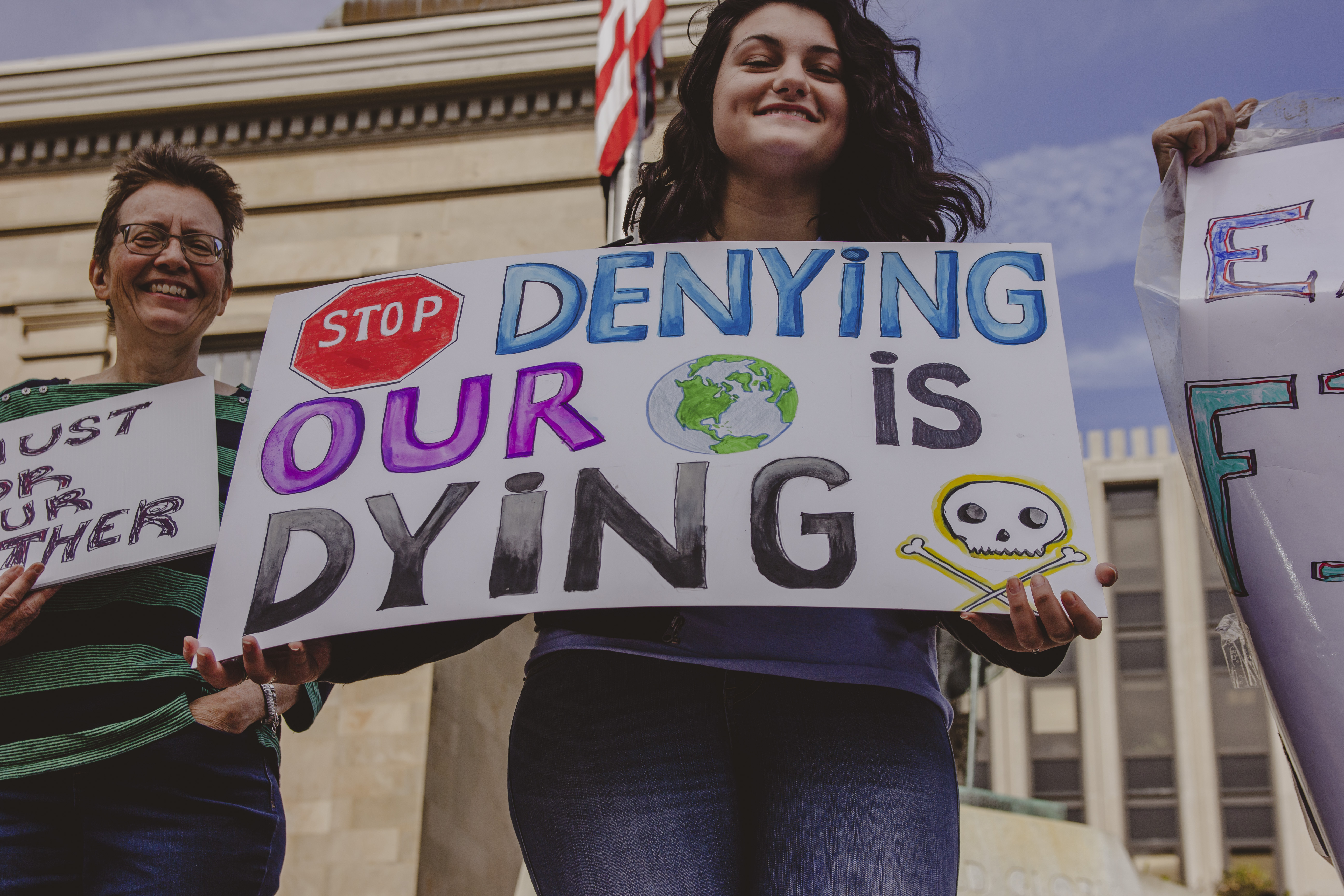 It’s a common misconception that the feminist movement focuses on women’s rights and women’s rights alone. While it’s true that the breaking down of the patriarchy and the liberation of all women is at the core of the movement, the advancement of women lends itself to far more than just one issue.

I’m sure in the last few weeks you have heard the terms “climate change,” “climate strike” and “climate summit” more times than you even know what to do with. With the United Nations Climate Summit having just occurred over the weekend from Sept. 21-23, and over 2,500 events planned globally for the Climate Strike that took place on Friday, Sept. 20—some even being held in the town of West Chester— the mobilization of the climate change movement feels like it is spreading like wildfire.

It’s hard not to feel inspired and motivated to join the movement to save our dying planet, especially when looking into the major faces of the movement–children, with the vast majority being young girls. According to an article published by the Washington Post, 58% of people who participated in the Washington D.C. climate strike identify as female.

Going hand in hand with this statistic is the fact that we’ve recently been able to see so many powerful young girls, such as Greta Thunberg, the 16-year-old climate activist from Sweden, create a platform for themselves in order to take matters into their own hands and start making a massive change.

So what does this mean?

Our entire planet is dying, and while I’m sure something as extreme as mass extinction would most likely be a gender and sex blind force, statistically speaking, climate change and the process of the Earth dying pose a much higher risk to women than men—making climate change and feminism directly intersect.

Currently, some of the most threatening symptoms of climate change that we are facing are extreme weather and natural disasters. When tragedies such as hurricanes or tsunamis occur, the poor are the most vulnerable and therefore the most directly impacted. This becomes a women’s issue when you realize that, according to the International Union for the Conservation of Nature, women make up for approximately 70% of the global poor.

With girls on the frontlines of the fight to end the corrupt system that fuels climate change, there are so many issues being advocated for at once.

We can intersect social issues again when we recognize the ways in which climate change generates completely different threats towards women of color in specific places across the world.

On average, in countries below the Sahara region of Africa, women can spend up to a combined 16 hours a day fetching water for their families. With the impending threat of severe weather conditions, drought has become more and more common—  making the land, crops, livestock and overall conditions of the area less liveable, all  while making the daily routine even more grueling for the women. Additionally, studies show that these conditions cultivate an environment that presents women with more gender-based violence, lower maternal mortality rates and fewer chances to take care of their hygiene and sanitation needs.

Crossing the lines of issues even further, the climate crisis puts women of the LGBTQ+ community at great risk as well, as times of disaster places transgender women into direct areas of conflict. In one particular case, a transgender woman was jailed after using the women’s showers in a shelter located in Texas during the time of Hurricane Katrina.

Additionally, younger members of the LGBTQ+ community also experience higher rates of homelessness, making up for about 40% of those without places to live in the United States. Homelessness alone is insanely treacherous, but with the recent extremity of temperatures both hot and cold, it becomes all the more dangerous to not have shelter.

Though it is clear that women are disproportionately affected by the damage done by our degenerating ecosystems, they are strangely underrepresented when it comes to discussions regarding decisions made about environmental concerns. With just over 20% as the average headcount of women present at conventions and conferences, it’s confusing as to why a whole group of people with an entirely different perspective of the issue at hand would be completely left out.

The good news is that women are still finding ways to make their voices heard. As mentioned, over half of the people who attended the climate strike in Washington D.C. identified as girls or women, and almost half of girls polled by the Washington Post agreed that the issue of environmental protection is “extremely” important to them.

With girls on the frontlines of the fight to end the corrupt system that fuels climate change, there are so many issues being advocated for at once. Standing up to protect our environment means you also protect women, specifically people of color and members of the LGBTQ+ community as well.

So when you do your work, whether it is environmental activism or feminist activism, rest assured that everything you do intersects to make sure the world is a better place for everyone.