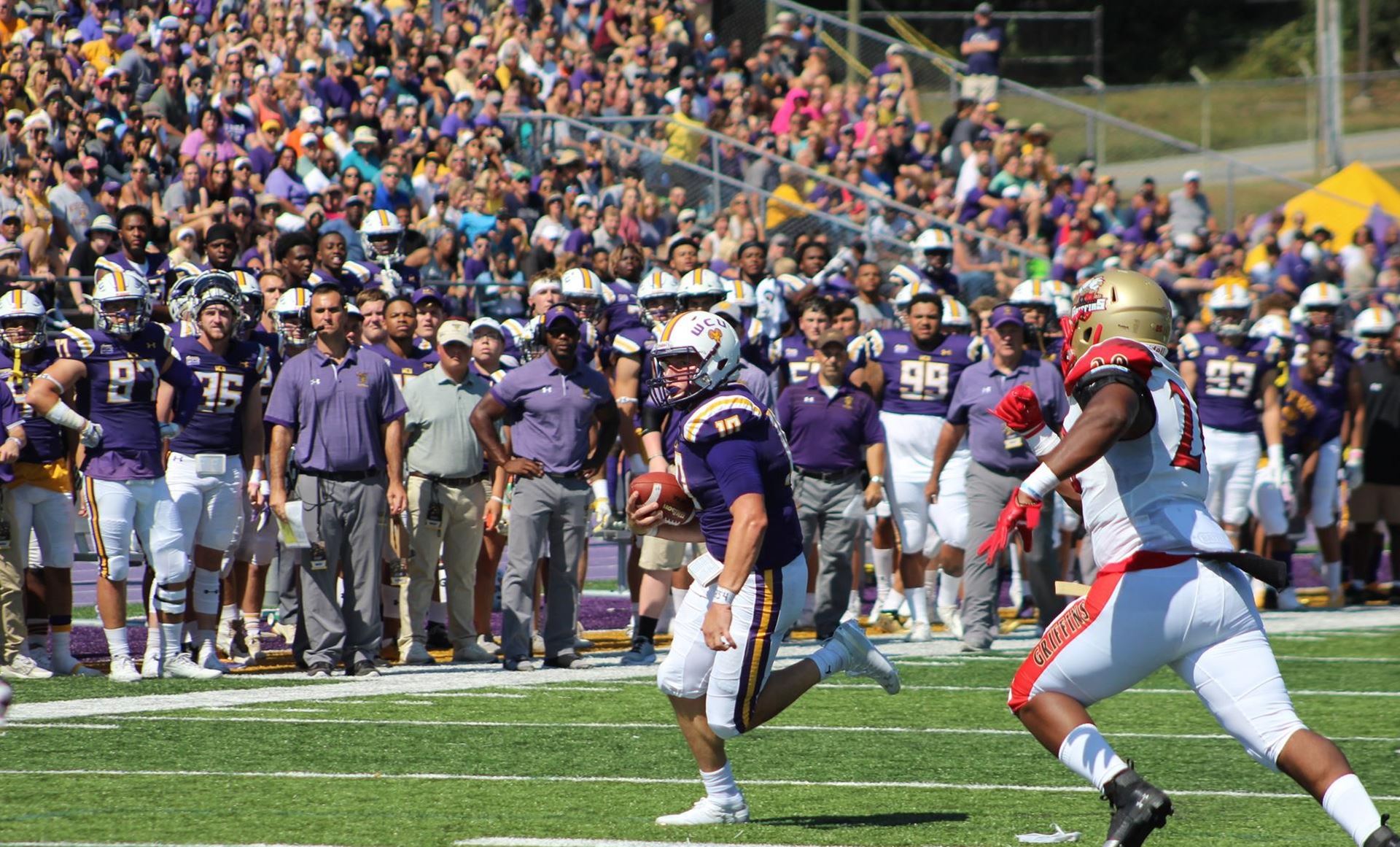 At Millersville, the West Chester Golden Rams’ rushing attack by senior quarterback Paul Dooley and redshirt freshman star running back Ja’Den McKenzie built a comfortable lead for the Rams, which they did not relinquish once in the whole contest.

After a quick three-and-out by the stout Rams defense, the WCU gunslinger did damage to the Millersville defense with his legs. Dooley rushed for a 50-yard touchdown on a two-play drive to put the Rams up 7-0 early in the first quarter. The offense quickly got the ball back after a Millersville punt return was botched, and recovered by redshirt freshman defensive back Julian Trammell. Trammell’s recovery quickly paid dividends on offense, as the workhorse running back McKenzie bulldozed his way into the endzone to further the lead to 14-0 Golden Rams.

The Rams ended the quarter with a field goal to put them up three possessions. Momentum took a sudden standstill in the second quarter when the Millersville defense forced two sacks and an interception on between two defensive possessions. With some second quarter challenges offensively, the Golden Rams defensive line turned the intensity up a notch. Junior defensive tackle Omar Peterkin forced a fumble just over midway into the second quarter. Sophomore linebacker Rashon Wiggins was there to recover the fumble. The clutch turnover gave the Rams momentum once again and resulted in an offensive overhaul with several punishing runs by McKenzie and a finishing 10-yard touchdown pass to junior tight end Dan Neuhaus to finally break the stagnant scoreboard and extend the Rams’ lead to 24-0 at halftime.

In the second half, the narrative continued with another opening 54-yard quarterback run, this time by redshirt freshman Yahmir Wilkerson. The Golden Rams kept the physical play coming with another bulldozing 4 yard touchdown run by McKenzie to add onto the lead and make it 31-0. The rushing attack was successful all day for the Rams as they finished the game with 245 total rushing yards for the offense. Dooley finished with 77 of those yards along with two rushes into the endzone. He also made plays in the air going 14-24 and a passing touchdown. McKenzie finished with two rushing touchdowns as well.

The punishing defense held Millersville to seven points with a late game touchdown wiping out their shutout chances. The Golden Rams defense finished with a team-total of five sacks, three forced fumbles and an interception by Izaiah McPherson. Jackson Taylor led the team in tackles with five including 1.5 tackles for loss. Graduate defensive end Ch’aim Smith finished with two of the teams’ five sacks.

West Chester will continue their season on the road next week at Seth Grove stadium against Shippensburg.