Use of e-cigarettes attributed to illnesses and deaths 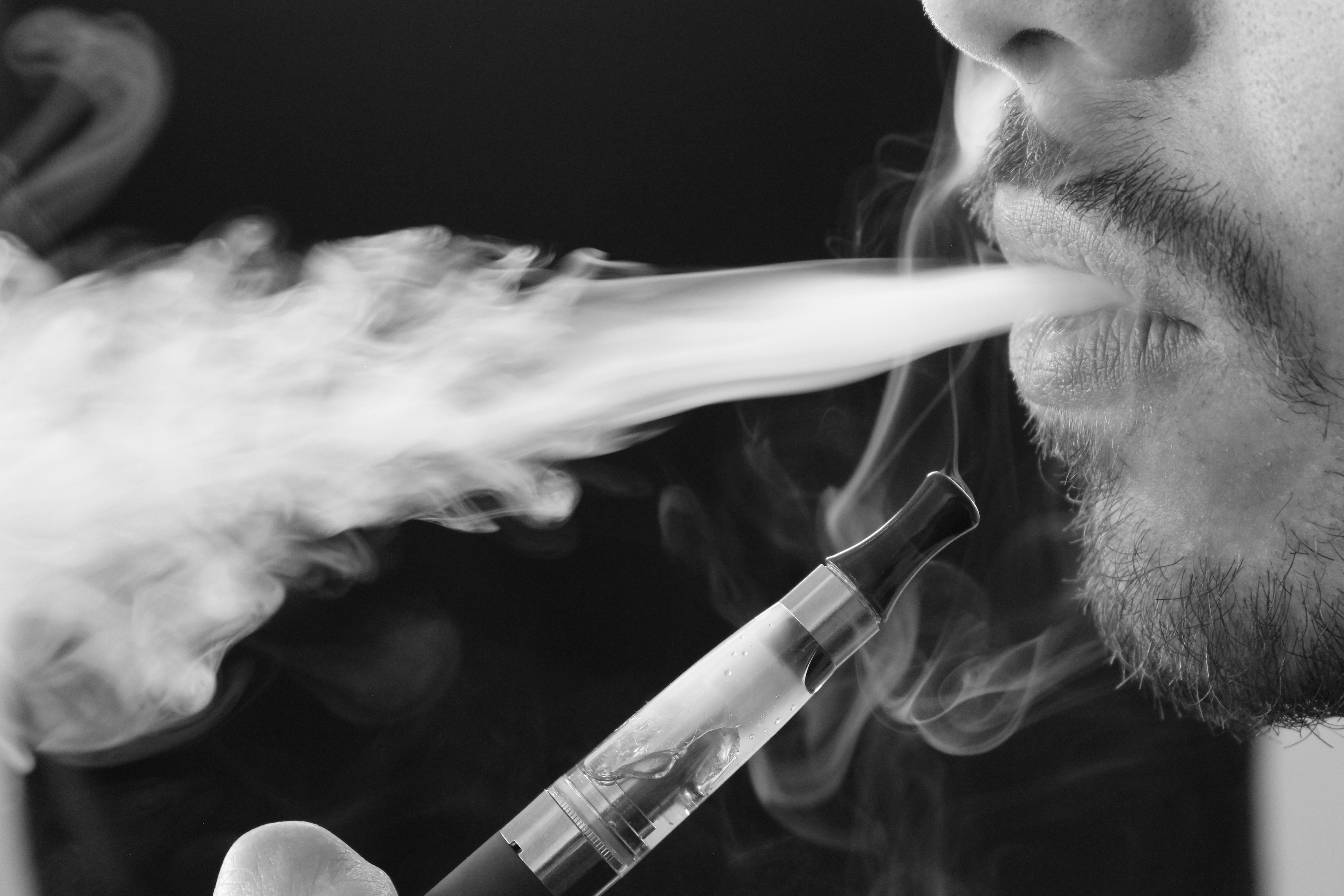 Federal health officials have announced that more than 450 people in 33 states (including Pennsylvania) are sick with vaping-related illnesses. At least six people have died due to a severe lung disease linked to vaping. The widespread use of e-cigarettes among people under 35 have led to the growth of a vaping epidemic.

No single product or ingredient has been determined as the cause of these widespread illnesses, but Vitamin E acetate, an ingredient in cannabis oil products bought off the streets, has been closely investigated as one possible source.  The FDA has issued a warning to consumers to avoid buying products with THC oil from street dealers. Though Vitamin E acetate has been an area of focus, it is yet undetermined whether e-cigarettes which contain other ingredients caused any of the reported illnesses or deaths.

Attention to vaping-related illnesses  began back in April, when 53 patients in Illinois and Wisconsin hospitals all exhibited similar symptoms, such as coughing, chest pain or shortness of breath before a sudden deterioration of health. These symptoms seem strikingly similar to cigarette smoking symptoms though with an accelerated timeline.

Black market cannabis products that contain dangerous ingredients like Vitamin E acetate are very hard to regulate since marijuana is still illegal under federal law. The lack of oversight by the FDA the past few years when the e-cigarette industry has flourished has allowed the black market to thrive and expand.

Despite this recent vaping epidemic, medical marijuana dispensaries still encourage users to try vape pens, due to its potency and pain-relieving abilities. Cure Pennsylvania, the dispensary for Philadelphia, Phoenixville and Lancaster, still advertises for vaporization on their website saying, “In recent years, vaporizing has emerged as a popular method of medicating because it has a nearly instantaneous effect, avoids the digestive tract, uses ultra-purified and concentrated medical marijuana, it is virtually odorless, it produces relatively little smoke, and is a discreet delivery system.” No illnesses have so far been linked to products bought through a medical dispensary, though.

In 2006/2007, e-cigarettes were introduced to the United States. It first gained attention as a way for adult smokers to wean themselves off cigarettes more effectively. Most e-cigarettes contain some percentage of nicotine in it. The CDC has noted that it has not been proven yet whether e-cigarettes are effective in helping adults stop smoking. In 2009, the FDA labeled electronic cigarettes as a drug device. Shortly after this decision, the FDA expressed concern that electronic cigarettes could be marketed toward young people and that these products lack appropriate health warnings. Fast forward to now, and the e-cigarette company Juul is under fire from the FDA for targeting young kids to use their products. Juul claims that smoking its products is a safer alternative to cigarettes. It is observed that Juul’s marketing plan, fun flavors and flash drive looking design seems especially targeted to children. As Juul has grown to be one of the most successful e-cigarette companies, the term “Juul” or “Juuling” has been used synonymously with vaping.

Even though it is illegal to buy e-cigarette products while under the age of 18, many kids find other means, such as having an older friend buy the products for them or seeking them from black market dealers. Vaping is not only dangerous since it causes serious health problems in an accelerated timeline, but appears to be getting a whole new generation addicted to nicotine.

Jayme Trogus, the senior director for WCU’s Office of Wellness Promotion, spoke out about this epidemic, saying, “The use of any product containing nicotine is not safe.  Students can become addicted to the nicotine in the products which can impact learning, memory and attention.  E-cigarettes contain flavorings and other chemicals – many of which are unknown and unregulated at this time.  The long-term health effects of e-cigarettes usage are still unknown.  The investigation [by the CDC] has not yet identified a cause of the disease, but all cases have involved a history of e-cigarettes usage.  The CDC advises individuals not to use e-cigarettes.” Trogus also said that the “Food and Drug Administration (FDA) does have authority to regulate tobacco products, which includes e-cigarettes.  Recently, the compliance deadline of e-cigarette companies has been moved up from 2021 to now May 2020.”

According to a survey done by the Annals of Internal Medicine in 2016, there are about 10.8 million adult vapers in America, most users age 18-24. It is unknown how many kids under age 18 vape. Nicotine addiction through vaping poses a potential threat, since young vapers might now seek out cigarettes as an alternative amidst the newfound dangers associated with vaping. Symptoms associated with vaping related illnesses include coughing, chest pain, shortness of breath, fever, fatigue and respiratory failure.

Pennsylvania’s Department of Health released information stating they have found at least 17 cases of the vaping related lung problems so far and are investigating 30 additional cases.  Most individuals affected are men in their mid-20s.

In reaction to the growing number of young people sickened by vaping, the Trump Administration has decided to work toward the ban of all flavored e-cigarettes on the market. Following the institution of the ban, only tobacco vape products will be sold to continue the original purpose of e-cigarettes— helping adult smokers quit smoking.

If you are a vaper and need assistance, you can contact the following resources:

WCU students can also make an appointment at Student Health Services if they have a concern about a vaping related illness.