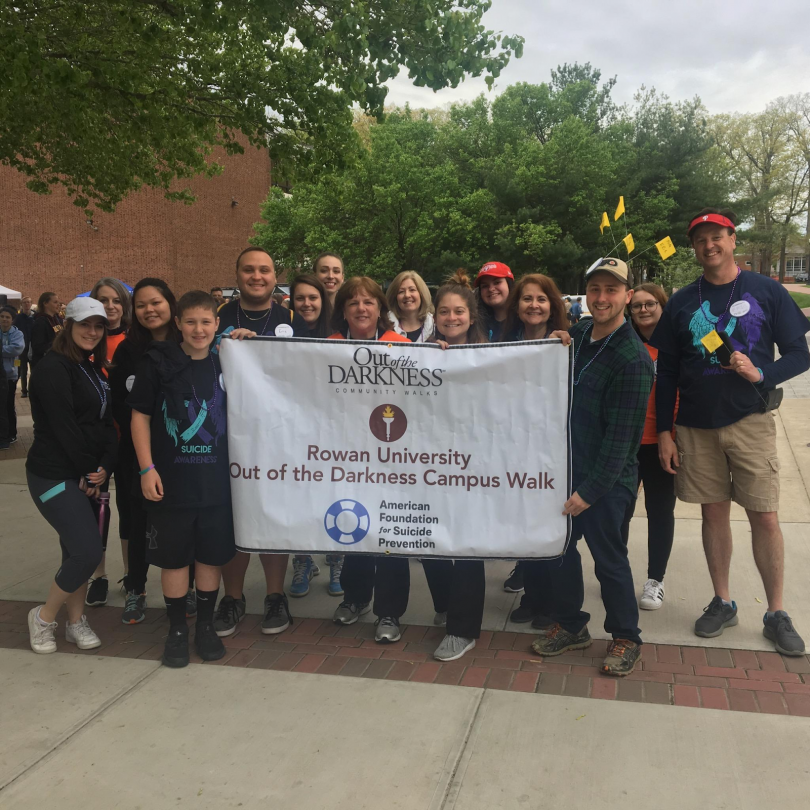 Eric D’ulisse was a senior chemistry major who lost his life to suicide in March of 2019.

“He was always in the residence hall lounge watching Rick and Morty and eating a big bag of Goldfish,” said Manny Canfijn as his eyes lit up, recalling fond memories of his friend. “I never saw him when he wasn’t smiling. No one did.”

Canfijn said that toward the end of Eric’s life, he didn’t see him very much. “He was doing research with a professor. That’s a big deal in the chemistry department. He did pull back from group chats. I thought it was because he was busy,” said Canfijn.

During Eric’s life, he was a regular donor to the Red Cross since high school. He served as a Big Brother to at-risk youth in high school and volunteered for the Special Olympics. Eric enjoyed swimming, riflery and archery and participated in these events in the camps he regularly attended during the summers where he was selected to be a member of the Woodsman and Voyager Clubs for his citizenship, leadership and responsibility. This is the highest honor a camper can receive. In high school, he was a member of the National Honors Society and the Spanish Honor Society and participated in Outdoors Club.

Rebecca D’ulisse is Eric’s mother who, since his death, has worked with enormous heart and diligence to memorialize her son. Eric loved cats. Now, Rebecca fosters kittens in need of a home and donates blood, as Eric was a regular blood donor.

After his death, she participated in the American Foundation for Suicide Prevention where her team, named “Eric’s Entourage,” raised the most money of all of the teams at the event. She attends a support group for people whose lives have been affected by suicide.

Rebecca walked in place of her only son at graduation in May. Her healing process since the tragedy has been focused in helping others and destigmatizing the topic of suicide and mental health.

She wanted to bring that focus to our campus. However, Rebecca encountered several roadblocks with West Chester University in her efforts to make his suicide known and speak about suicide and mental health awareness.

The Response at West Chester University

In early August of 2019, Rebecca submitted a written proposal to a representative of the university detailing several suggestions for mental health services. These included observation of patterns that students who have completed suicide exhibited before their death, clinical tools to help effectively identify students who are significantly depressed and at-risk for suicide and identifying potential warning signs of severe depression and suicidal tendencies in students’ writing that should be allowed to be shared with counselors and the parents.

Her last suggestion was influenced by a specific occurrence where Eric submitted a written assignment to a professor detailing his struggle with depression, which was never brought forth to a counselor or mental health referral service.

West Chester University has a specific form for reporting unusual or concerning student behavior that is intended to notify the Campus Assessment, Response and Education (CARE) team of observable concerns with a particular student. “Threat to self” is among the options listed in the drop-down menu of the online report.

To prevent future suicide, we need to talk about it. ‘Seeing the aftermath [of Eric’s death] might change someone’s mind [if they’re considering suicide].’

According to Rebecca, after calling attention to the issue concerning the lack of response to Eric’s concerning written assignment, Rebecca was told that professors “just want to teach” and that the system of reporting is “still a work-in-progress.”

Rebecca also proposed the idea to open a scholarship in Eric’s name, and to speak at freshman orientation about suicide awareness and prevention. While she was told that only faculty and staff could speak at orientation, and she felt her concerns regarding his written assignment were not adequately addressed, she said that her request to open a scholarship was acknowledged “within a day.”

“They didn’t sound hesitant at all,” she said, regarding the scholarship idea. “And that’s because I was giving them money… I will probably do a scholarship, but it won’t be through West Chester. It will be with a school with a good reputation for helping students with mental illness.”

Rebecca believes that the stigma around suicide and mental health contributed to the university’s lack of response to Eric’s death.

“I feel like if he had cancer or a heart attack or something else, my presence would have been worth it all. Because it’s mental illness and suicide, people don’t want it out there. The university is probably concerned of the impact of potential students and their parents, and the effect on revenue.”

Canfijn commented on the University’s silence regarding Eric’s death. “I didn’t really hear about it. It’s important for the rest of the campus to be aware of that,” said Canfijn. “I only knew about it because I was friends with him.” 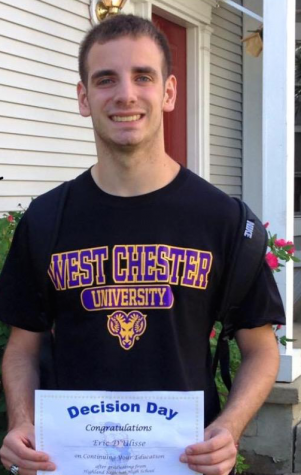 To prevent future suicide, we need to talk about it. “Seeing the aftermath [of Eric’s death] might change someone’s mind [if they’re considering suicide]. If you’re struggling with depression, one of the last things that you want to do is reach out. You have to want help,” said Canfijn. “I think the biggest motivator is friendships. People you know and trust will be able to encourage you more to go get the help you need.”

Eric sought help through his professor and it did not change his situation. There are other avenues to receiving help for suicidal thoughts.

For the students that seek help at the counseling center who are experiencing an immediate crisis, the procedure for help is first deciding whether or not you are in “crisis” or “high distress.” The criteria for crisis includes “wanting to die,” “wanting to harm themselves or others” or “recently experiencing a traumatic event.” If you are experiencing these symptoms, you will fill out an information sheet at the front desk and see a counselor as soon as possible. A counselor is on call for these situations.

High distress cases, usually panic attacks and school or personal-related stress, are instructed to see a counselor if one is available or call their therapist if they have one.

If you are in crisis on a weekend or when the counseling center is closed, you are advised to call Public Safety and to tell them you are experiencing a “mental health” crisis or reach out to the Crisis Text Line; text START to 741-741.

For students, like Canfijn and many of those who knew Eric, who are dealing with loss, there are grief counseling services offered. This happens through one group each semester—usually the same group of eight students that meet once per week. Once that group fills up for the semester, students that sign up after will be placed on a waitlist for the next semester.

For the students that seek help at the counseling center, the proper procedure for help is first deciding whether or not you are in ‘crisis’ or ‘high distress.’

If you are interested in learning how to recognize signs of crisis, http://www.asklistenrefer.org/wcupa is a resource you can use, along with visiting the American Psychological Association.

Sam Walsh is a fourth-year student majoring in special education and English. SW850037@wcupa.edu