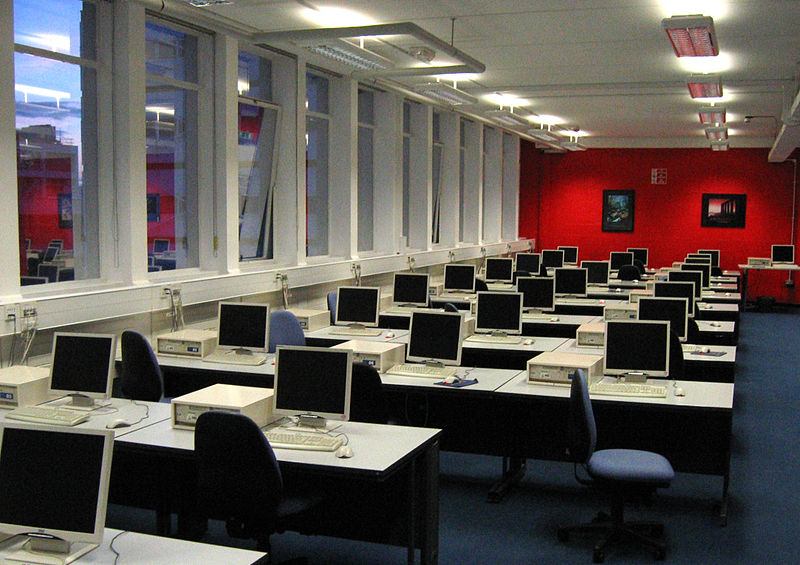 For nerds who dreamt about what they were going to be when they got older, it was common to say, “I want to make video games.” This lofty dream was near and dear to some of us, as we felt that video game developers were special. All of them, from the project leads to the individual programmers, were in their own way responsible for the creation of many memories we had with the gaming medium. For those gamers who dared to dream, one day, they would join up with their favorite studio and make something truly amazing.

However, reality can sometimes take what one loves, and turn it ugly.

Readers who have kept up with this column since this spring will remember an article I did where I talked about how bad working conditions in the video game industry really are. For those a little fuzzy on the details, allow me to refresh your memory.

In the typical video game workplace, working conditions are, on average, abysmal. Game developers are often psychologically pressured into working long hours with little financial compensation and subpar benefits. These conditions are part of a big problem in the video game industry called “crunch,” which is responsible for massive worker burnout. This “crunch” period often comes near the end of a game development cycle, where development teams are expected to work insane hours, plus overtime, with little or no pay. These issues are not something that the average worker can take up with HR though, as many workers have reported that so much as complaining about these conditions can result in termination. This “crunch” period is so detrimental to workers that, in some cases, such as at Bioware, reports of people having mental breakdowns have become common.

That is just the tip of the iceberg though. It has also become very common for women in the workplace to experience sexual harassment and gender discrimination, even though women continue to make up over 20 percent of all gamers. One of the worst examples is the case of Riot Games, responsible for titles such as “League of Legends,” who have already been slapped with a class-action lawsuit over gender discrimination in the workplace, sexual assault and women being passed over routinely for promotion. According to gaming website Kotaku, the state of California has launched its own investigation into Riot Games, but the company has continued to deny information about the claims made by these lawsuits, and over 150 workers staged a walkout to protest the treatment of developers.

This walkout marks an ongoing trend in the video game industry which has not truly happened before – the push to unionize. At the center of this movement to unionize the gaming industry is one organization in particular: Game Workers Unite.

Formed over a year ago, Game Workers Unite has been responsible for organizing workers in the UK, and currently hold 19 chapters in Canada and the United States. In an article by peoplesworld.org, titled “Game Workers Unite! Organizing to beat the video game bosses,” writer Dave McKee talked with Danial Joseph, a member of the Toronto chapter of Game Workers Unite. As McKee states in his article, “Game Workers Unite is not a union. It’s stated purpose is ‘to connect pro-union activists, exploited workers, and allies across borders and across ideologies in the name of building a unionized game industry.’ It is a non-union part of the broader labor movement whose key role lies in its ability to educate game workers and move them toward collective action.”

There is one important hurdle that organizations like Game Workers Unite have to overcome though, according to McKee’s article, which is trying to appeal to young workers who have little experience about unions.

In the piece, Joseph explains, “There’s been a long stretch of time since the union movement had strong organizing campaigns, and so this whole industry and area of work have grown up in a vacuum. Sure, lots of game workers know what unions are and what they’ve accomplished but they tend to view that as something that happened in another time. Unions exist but the process of unionization is quite a foreign idea. If young workers have experience with a union, it’s usually because they worked somewhere that was already organized. There’s a big difference between getting a job in a union workplace and actually joining a union.”

Despite this, Game Workers Unite is helping establish better relationships and understanding of the industry with unions across North America, so as to help generate stronger, more dynamic, grassroots organizing. To do this though, as McKee writes in his piece, they must create publications that can appeal to young workers who are new to the game industry.

As he writes in his piece, “GWU produces material about labor relations, about unions and contracts, about workers and contractors, and places all of this into the context of the game industry. Its publications and resources are produced by game workers, so they have an inviting look and feel. Unlike a lot of trade union communication to young workers, there’s nothing condescending or simplistic here—it’s unapologetically political. This is an education for collective action.”

This push to organize the video game industry also marks a rise in overall union organizing, at least in the United States, that has not been seen in decades. According to the Bureau of Labor Statistics, in 2017 at least 25,300 workers in America went on strike. In 2018, that number shot up drastically to 485,200 workers going to the picket lines. And now this year, the number has currently gone past 615,000. With more and more people going on strike, organizations like Game Workers Unite lead the way for the video game industry, and the tech industry in North America at large, to put the people before profits.