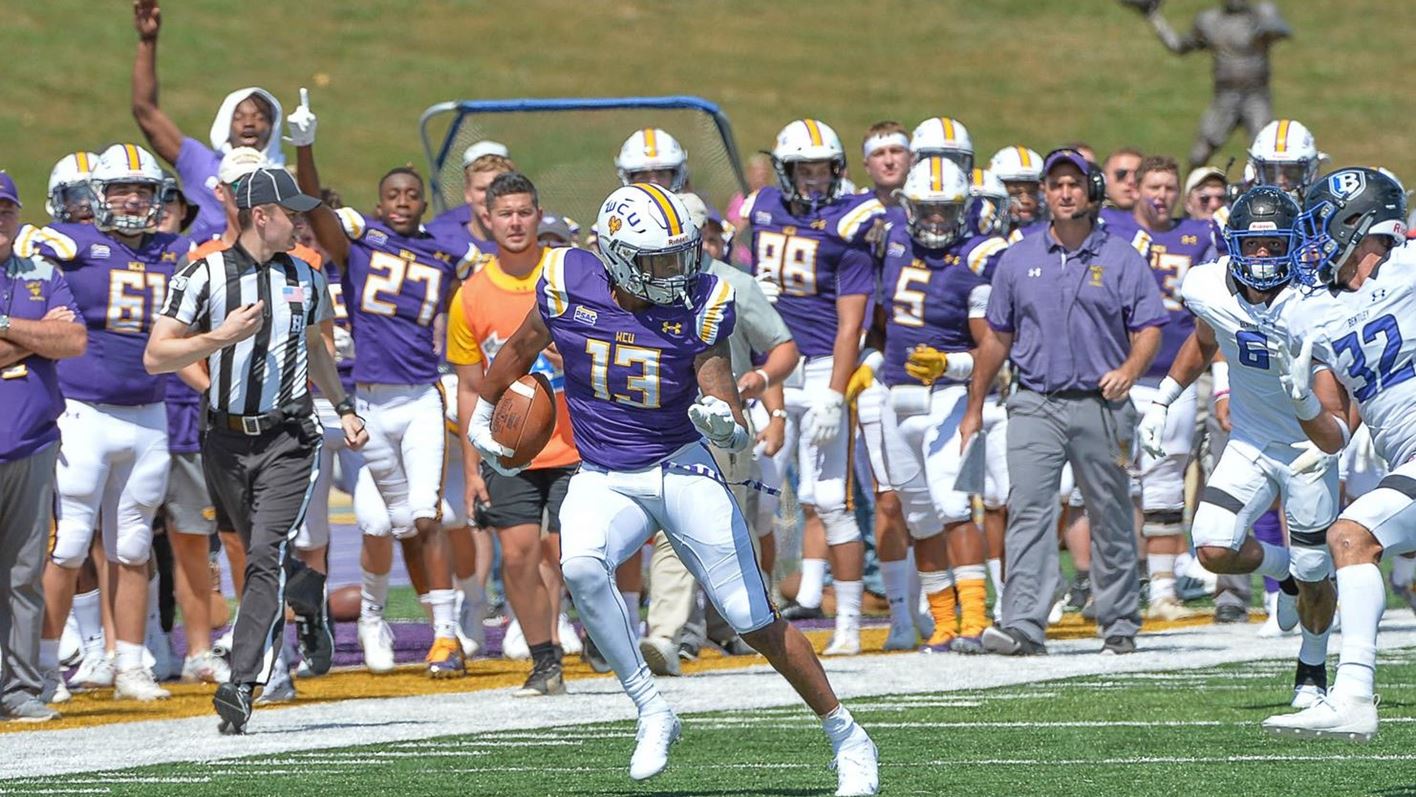 If it isn’t broke why fix it? This can be said for the West Chester Football team coming into the 2019 season with expectations that may not have been the same at this time last year. Coming off an exceptional 2018 campaign which saw not only the team go undefeated and win the PSAC East crown, but won the PSAC Championship outright for the first time since 1971. Wanting to avenge a playoff upset last year, the Golden Rams are coming back hungrier and with a purpose to repeat the efforts of the 2018 season.

Expectations are high for the Golden Rams coming into the 2019 season. Winning a division title isn’t easy in any sport and it’s even more challenging to try and repeat. That is what head coach Bill Zwaan and his staff will try to have their team do. Coming into the season, WCU is ranked 22nd in the country based off the votes from the  American Football Coaches Association. Not only are they ranked but are picked to win the PSAC East again by the coaches in the PSAC. High Praise for the team that leads to high expectations from the student athletes, coaches, and most importantly the fans.

The Golden Rams offense looks to continue their dominating fashion as they finished the previous season leading the PSAC is scoring with an average of 38.3 points per game. The team did lose two of their big offensive weapons in QB AJ Long and RB Mark Dukes, whom were both first team all-conference last season. The offense gains a weapon in Phil Poquie, a junior running back who transferred from Virginia where he had played lacrosse before making the switch to football at West Chester. They figure to keep the train rolling with redshirt senior QB Paul Dooley and stud, first team all-conference WR, Lex Rosario, who put together a season of 52 catches, 755 yards, and 5 touchdowns last season.

The defense will also look to have a repeat of last year as they were smothering and stifling bunch. The defense was head and shoulders above the rest of the conference with only letting up 16.5 points a game, which was 4 points better than any other team in the conference. The defense is led by their all-american DB/S Jarey Elder, who led the conference in interceptions with seven. He will be helped by second team all-conference LB Nate Barnes and DE Ch’aim Smith, who mauled his way to 9.5 sacks.

“I believe that the front four will be the anchor of our defense,” Coach Zwaan responded when asked about the strength of his defense.

The team also added some new pieces that coach Zwaan is looking forward to this upcoming season. He talked about some of the transfers and freshman that are incoming this year.

“From a transfer standpoint, we’re bringing in Phil Poquie who is one of our running backs. He’s going to get a bunch of playing time. Probably use him on special teams. Then there is Fulani Freeman, who transferred last season, but sat out, will have a huge impact on defense.”

Coach Zwaan also discussed some freshmen that are ready to make an immediate contribution.

“From a freshmen standpoint, we’re going to start one at corner in Izaiah McPherson, who had a good camp. At receiver, we’re going to play a couple guys in Seth Degree and Isaiah Allen.”

The Golden Rams started their 2019 campaign on Saturday against the Bentley University Falcons. The final score of the contest was 14-7. The Rams look to extend their winning streak next week at Gannon University. The Rams only play two teams this year that they did not play last year, including their week seven matchup against Sheperd University, and their week eleven matchup against California University of Pennsylvania. Their matchup versus Sheperd was chosen to be a part of the Division II Showcase and will be aired on ESPN3.

Jacob Gassler is a student at West Chester University. JG889087@wcupa.edu

Dan Knechel is a student at West Chester University. DN900666@wcupa.edu

Noel Guerra is a student at West Chester University. NG868106@wcupa.edu